The Barkly Tableland covers 21% of the Northern Territory in a swathe from Mount Isa just east of the Queensland/NT border, west to Daly Waters.

After a night camping at the Devils Marbles under a waning full moon (having spent the evening light exploring the rock formations scattered across these beautiful 1,800 hectares of Australian outback) we turned out early the following morning to soak up the sunrise. 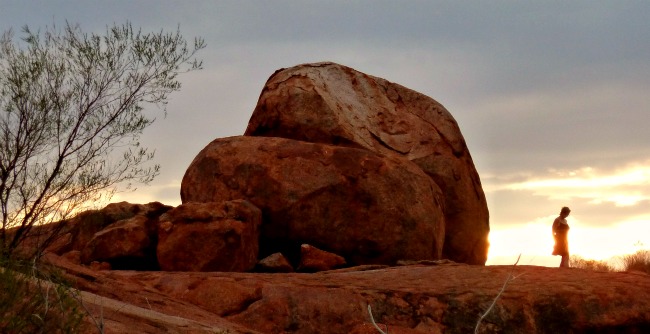 The Australian bush is full of unexpected delights – When your eye first scans across the horizon the impression at first glance is that the landscape is dry, scorched and lifeless. But cast your eye down and seek out the detail – you won’t be disappointed. 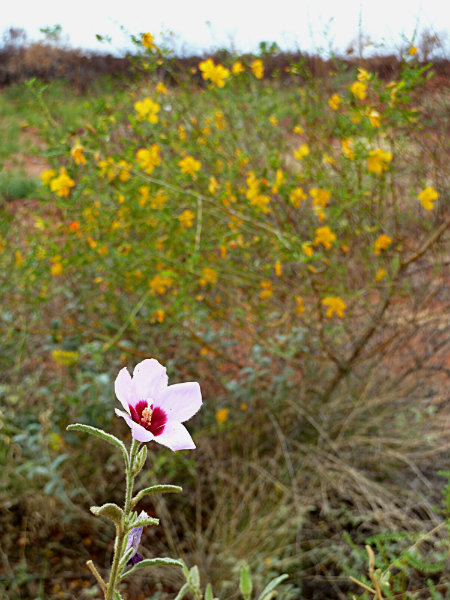 We headed north the 100km from the Devils Marbles to Tennant Creek. 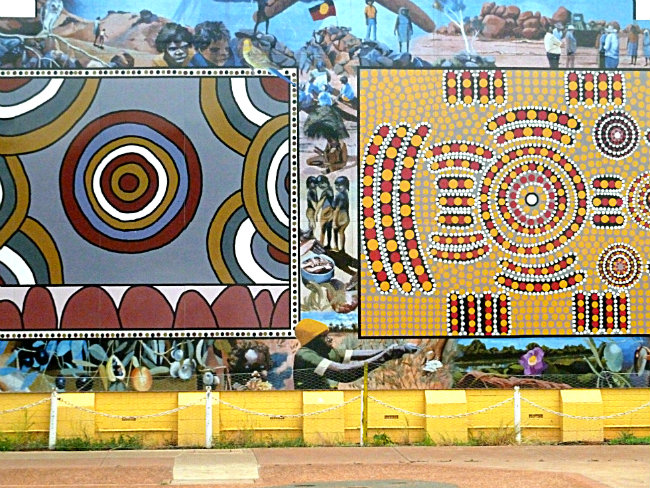 We were busting to see inside the Nyinkka Nyunyu Art Gallery in Tennant Creek, so were sorely disappointed to discover it was closed – Our bad fortune however, was their good fortune, as we discovered from the cafe next door (where they made the best hot chocolate!) that the gallery staff were down in Alice Springs receiving the Brolga Award for Indigenous Tourism! 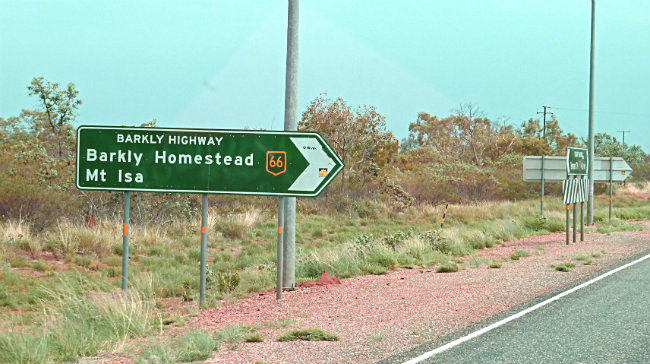 It was therefore onwards and upwards the 25 km to where we veered off our northerly trajectory and turned right off the Stuart Highway onto the Barkly Highway (Australia’s Route 66), where we would traverse 650km (400 miles) east to Mt Isa. 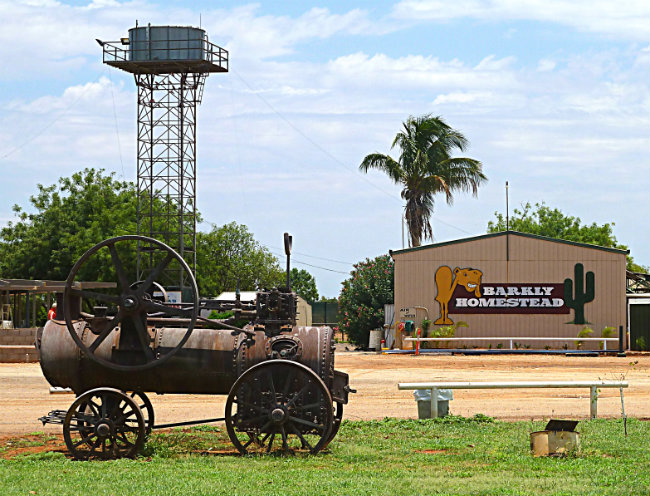 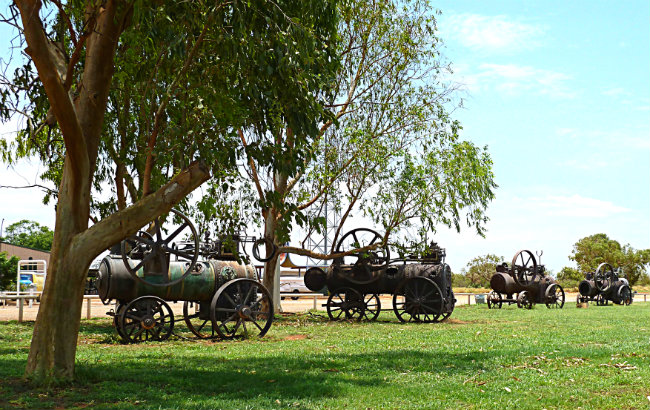 Barkly Homestead has an impressive display of antique steam engines. The roadhouse is operated as a family affair by David and his three sons Tom, Andrew and Phil. I wish now I’d asked them more about the origin of these magnificent machines, but I wondered whether they were remnants from the gold rush days when they may have driven the gold stamp batteries in the region? 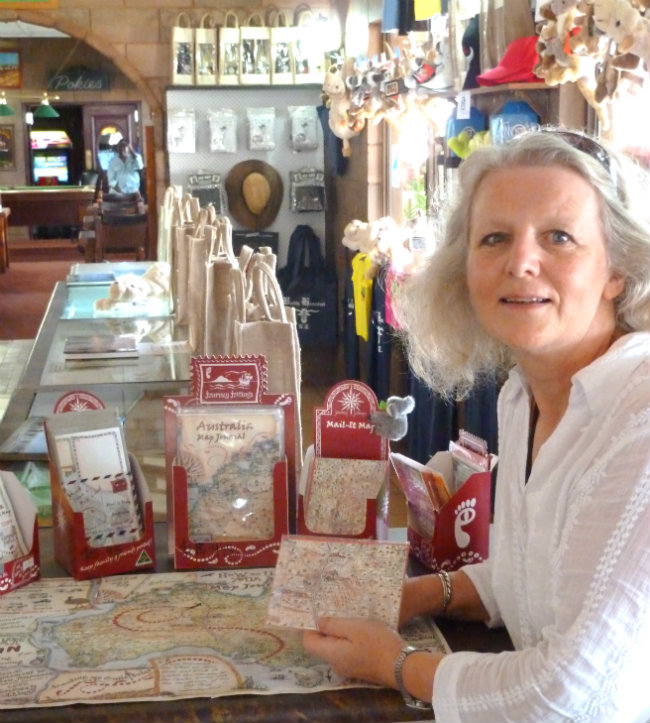 It was hot and it was midday so we were grateful to be able to picnic under one of their green shady trees – Eating outdoors always makes food taste soooo delicious. 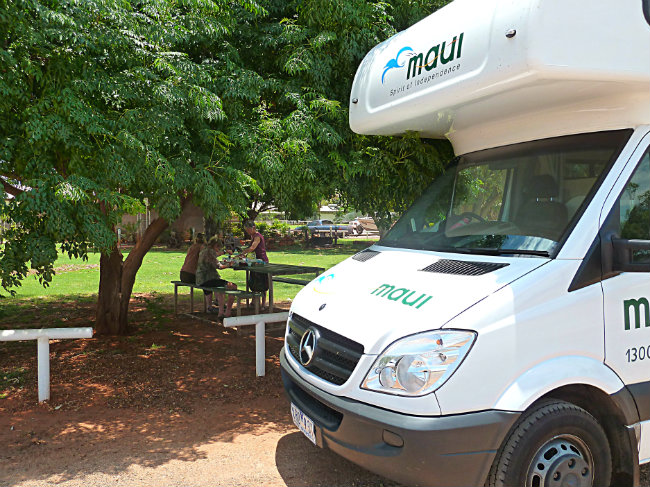 Then, it was out onto the expansiveness of the tableland plains where the sky is huge and the horizon line totally encompassed us in a full 360 degree arc. 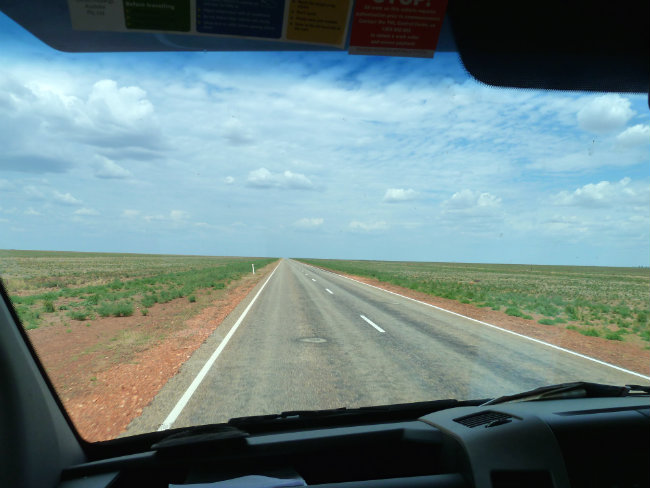 And this was the view… 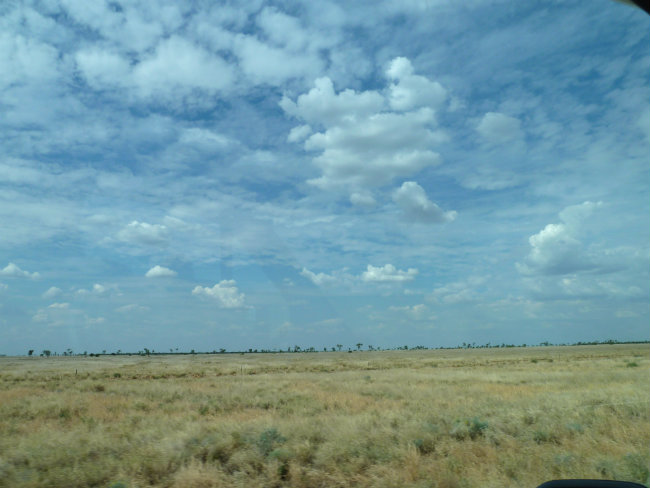 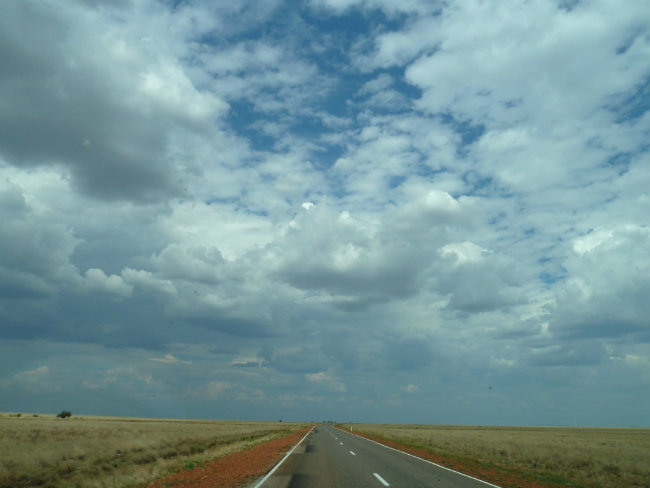 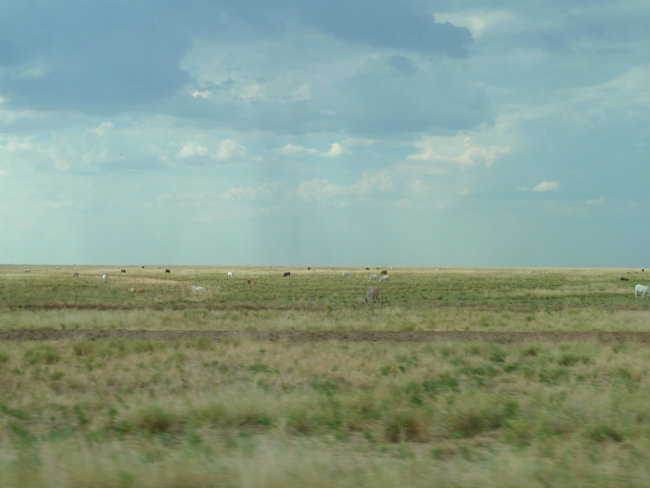 The only specks breaking up the scene being distant herds of cattle. 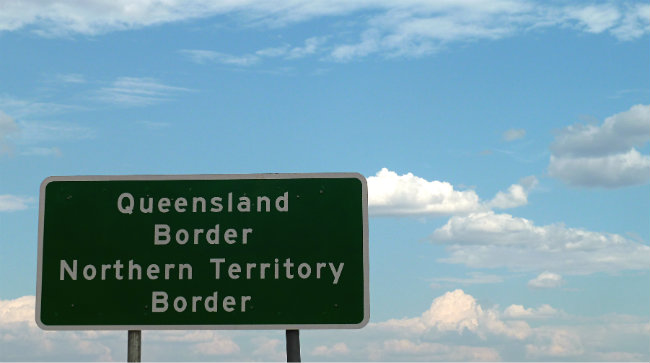 Until we crossed the Queensland – Northern Territory border, where we got our first up close view of a cow with her calf… crossing the road.

was a stark contrast to the mining town of Mt Isa that we entered at dusk.

The space of the Australian outback never ceases to amaze me –

On the Journey Jottings Journal Map below, the dots marking our route between the Devils Marbles and Mt Isa cover 750km (460 miles)! 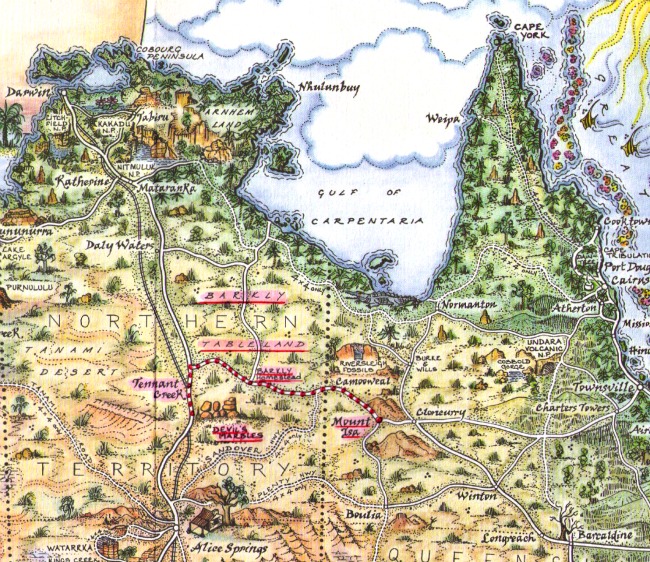 Australia is so huge.

Have you traversed any of its expanses?

Editor’s addendum: I spoke with Tom at Barkly Homestead today (23.03.2012 when he called to place another order!) and the steam engines displayed out the front all came from the surrounding cattle station and were used to pump water from the bores!

So now we know!

10 thoughts on “The Expanse of the Barkly Tableland”