It started like any other Monday at our Journey Jottings island office. 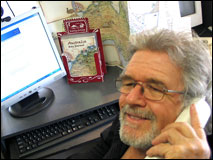 Phil, our Customer Service Manager, was making telephone calls to some of our 500 or so retailers across Australia to check stock levels of our Journey Jottings products …  Updating records in the database, creating invoices and passing them onto to the packing section ready for dispatch.

I was responding to emails about our Newsletter that had been published over the weekend, and I was about to go to the warehouse to check on stock levels of our magnets and puzzle postcards that were due to be re-ordered. 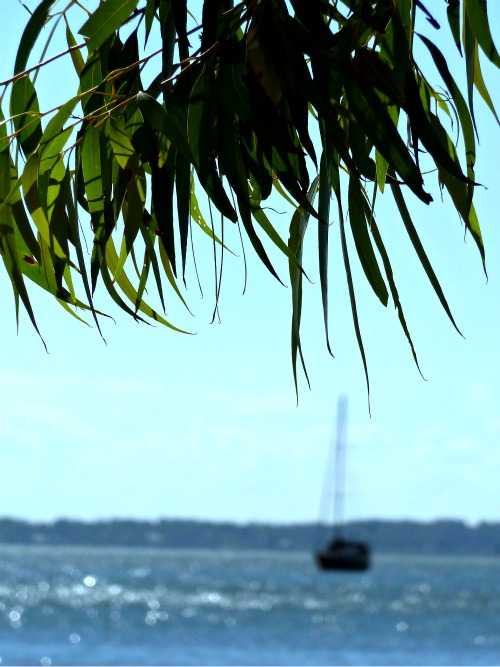 But… it was Phil’s birthday!

We launched the tinny and headed across the bay 😉 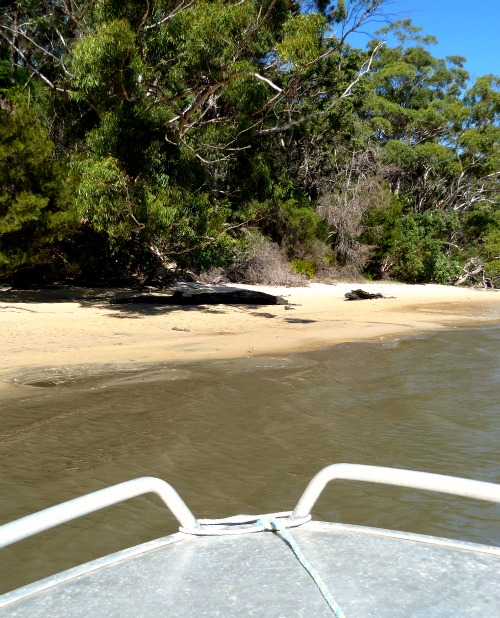 The beach is my haven between two worlds, and it was great to see this beach was waiting for us – deserted…

…except for an army of soldier crabs that greeted us along the shoreline. 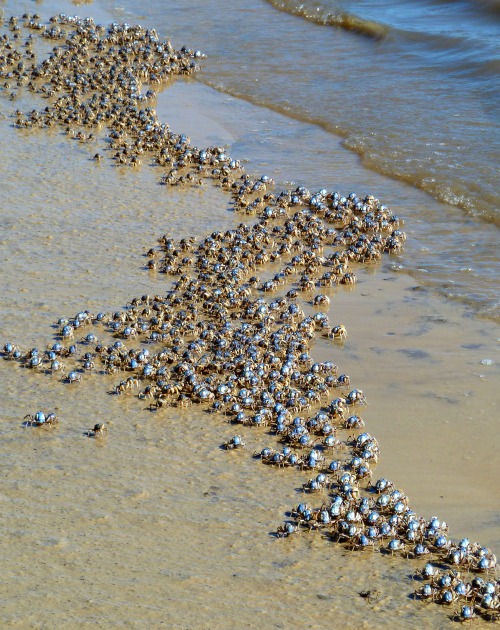 Scurrying away from our advances along the water’s edge… 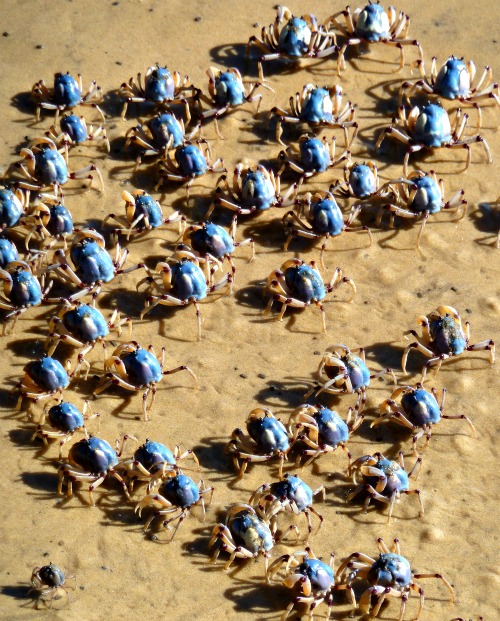 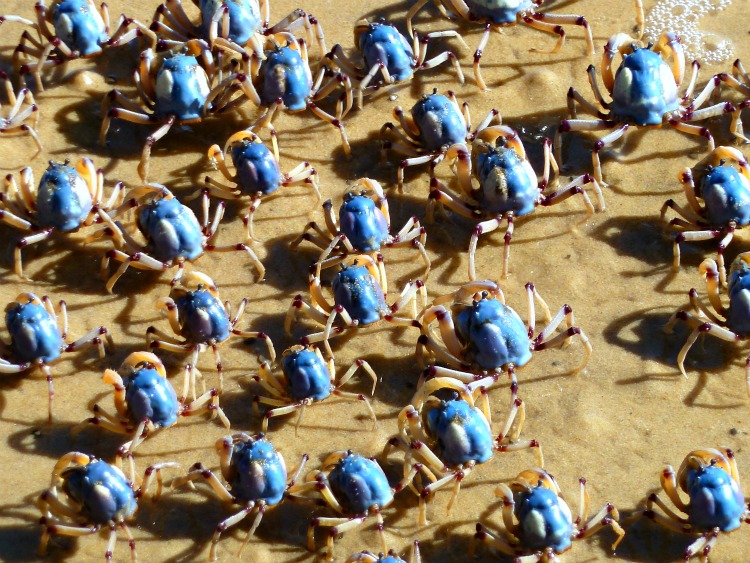 They dug a hole in the sand, where they retreated underground to safety… 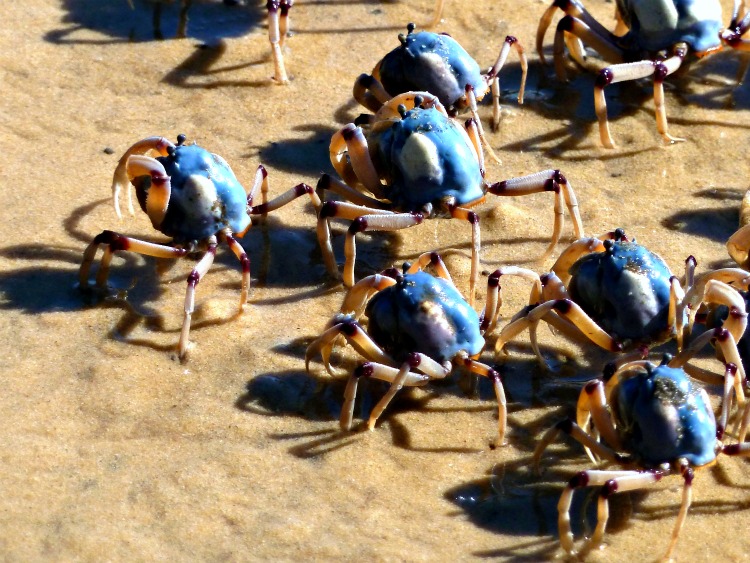 Until the danger of our marauding assault passed, and once again they’d re-emerge to continue their march. 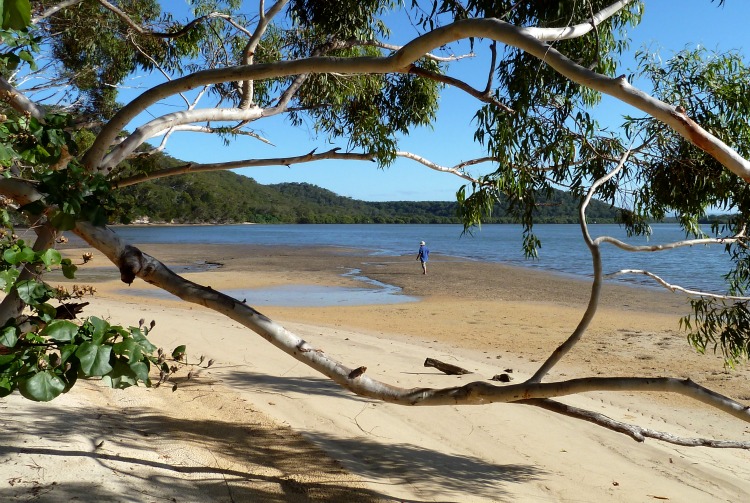 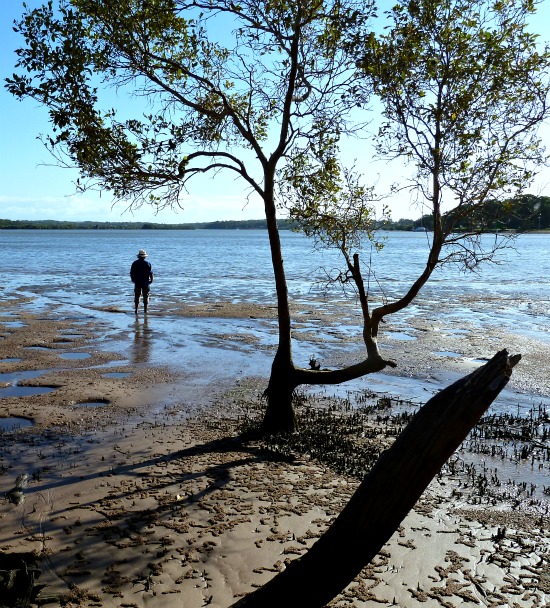 Except for the whistling kites circling overhead, a pair of turquoise kingfishers who shyly dashed out from the safety of the bush-land that backed the beach to scoop up morsels 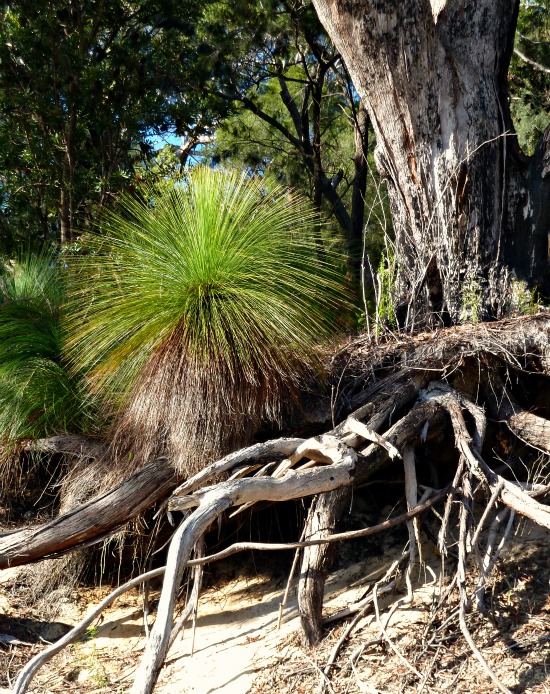 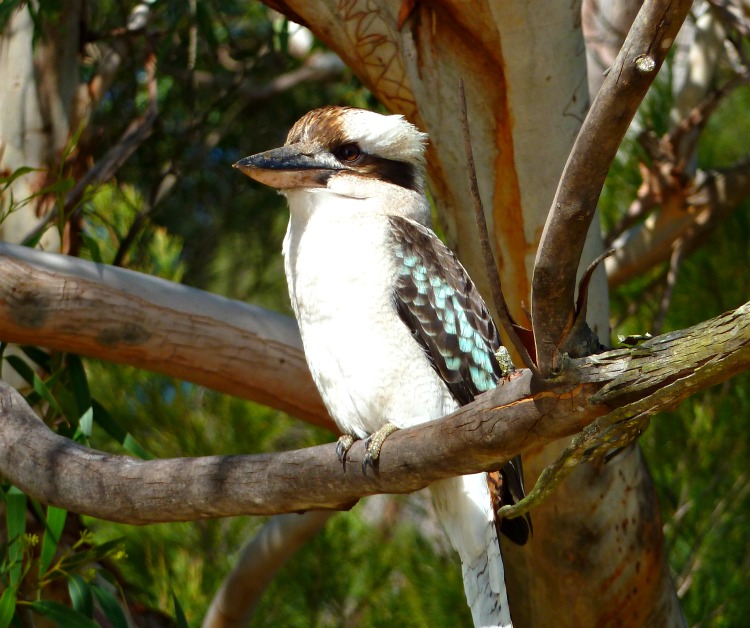 Who I think was hoping to share the birthday tea.

Moreton Bay is a Marine Park just an hour from Brisbane’s CBD. There are numerous islands in the Bay, most surrounded by life-giving magical mangroves and wetlands, while the sea-grass meadows that grow on the Bay’s seabed are a haven for dugongs and turtles (one of which kept popping his head up for air just a short way from where we were sitting). 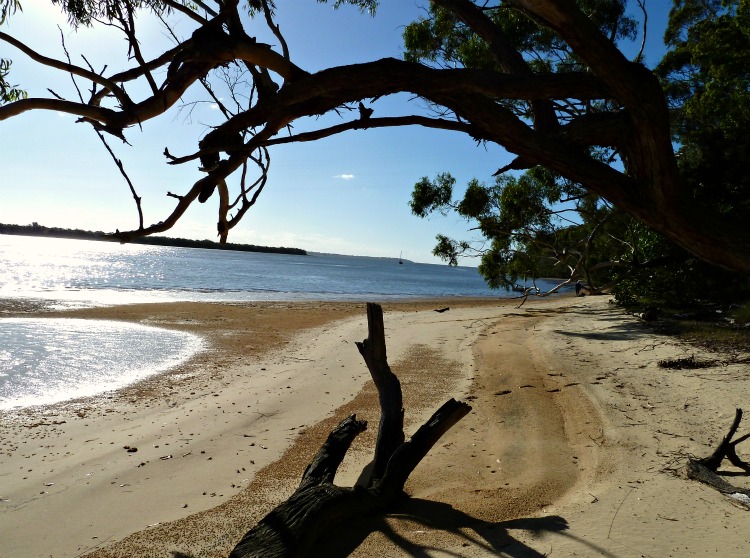 With the tide going out, it was time to re-launch the boat 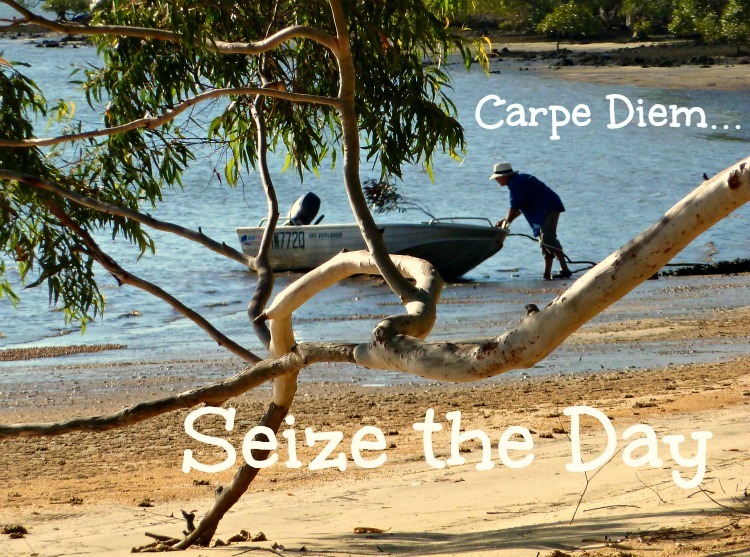 Passing, on the way back, the inter-island passenger ferry, which was bringing home the city commuters. 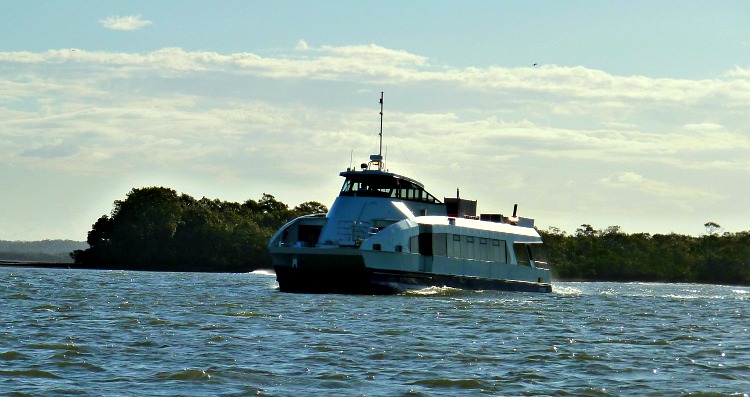 Birthdays come but once a year, and unlike all the other commercial ‘Days’ to be celebrated, it really is ‘your’ day.

Have you wagged work on your birthday?

Or thought about it?

Do share, in the comments below –
Where did you go & what did you do?