The Dry Red Centre to the Tropical Green of Cairns

At the end of last year I drove 3,000km (2,000 miles) from Yulara at Uluru in the centre of Australia across the Barkly and Atherton Tablelands to Cairns.
(Click the link if you want a full breakdown of what it cost!)

to the tropical green of northern Queensland. 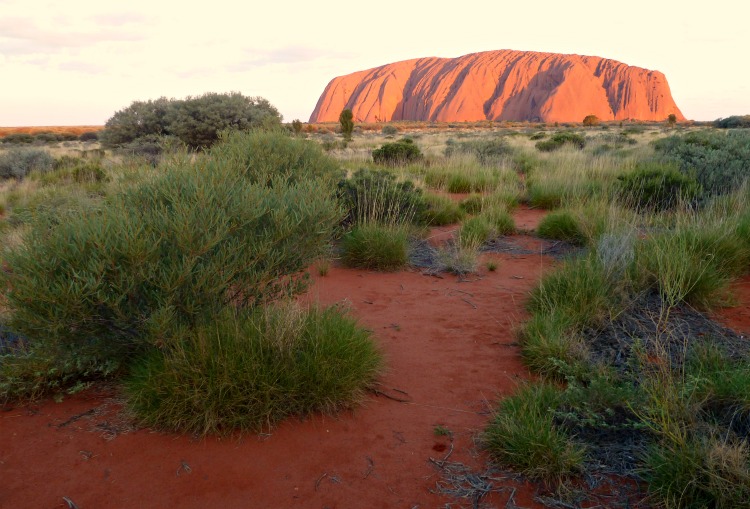 The changes in landscape across this island continent are stunning and startling!

Starting at Australia’s iconic monolith Uluru, where the sandy soil is red and the vegetation dry and spiky we traversed the Lasseter Highway where across the open plain Mt Conner (also known as Atilla) can be seen – 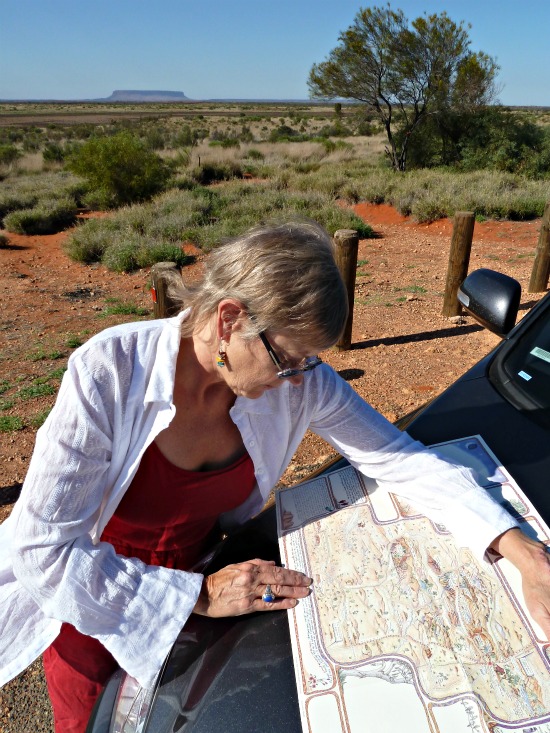 When coming from the Alice Springs direction it is often mistaken for Uluru as anticipation rises for that first thrilling glimpse! In fact there is another 110km to go before that apparition will appear on the horizon to feast the eyes. 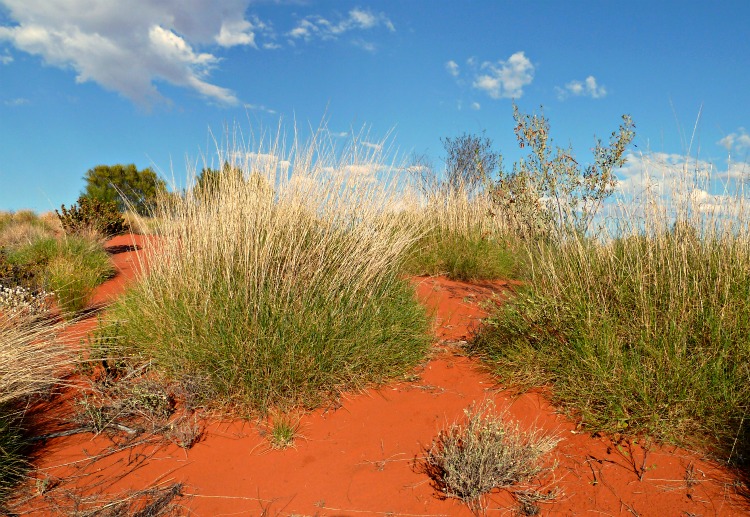 The red centre lives up to it’s name with the most wonderful deep red rusty coloured sandy soil from which the spinifex grass and desert oaks manage to survive on just 220mm (8 inches) of rain per annum. 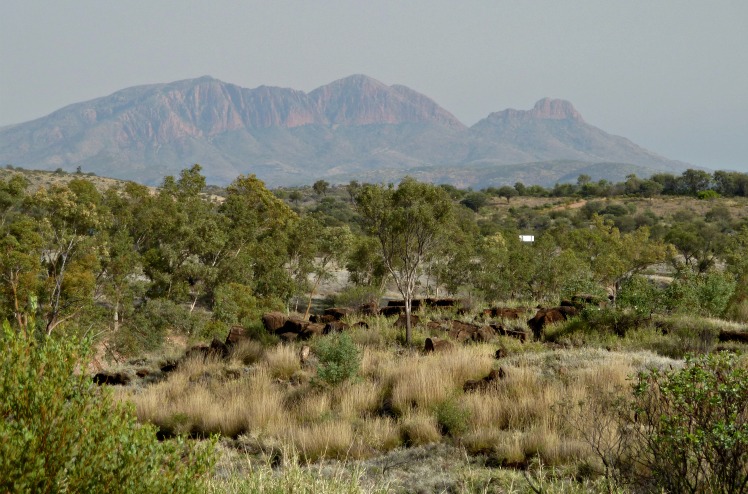 There is a mountainous interlude at Alice Springs where the MacDonnell Ranges form an east – west barricade ~ There is a natural ‘gap’ at Alice Springs that allows penetration to the north. Heading 150km to the west of Alice the highest peak, Mt Zeil, rises to 1531m but we only went as far as Mt Sonder, pictured above, which is 30 km short of Mt Zeil as that is where the bitumen runs out and a more robust vehicle (than our hired motorhome) is required for the corrugated dirt roads that lie further to the west. Mt Sonder is the NT’s fourth highest peak at 1,380 meters (4,528 feet) above sea level. 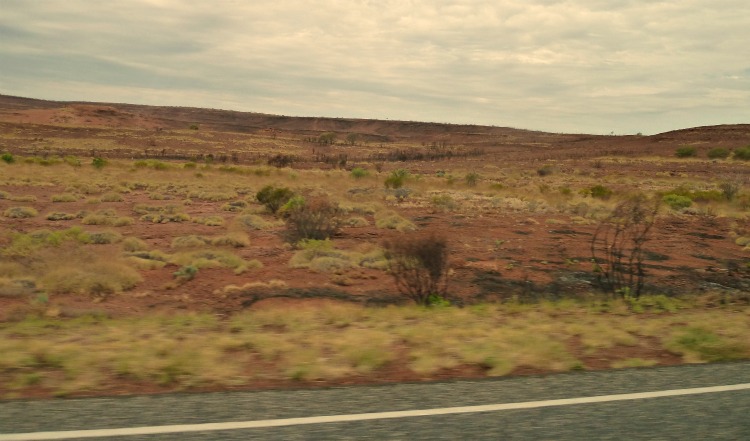 Heading north from Alice Springs over the next 400km (250miles) to the Devils Marbles the country opens up to classic Ozzie outback scrub, with occasional signs of bush fires. 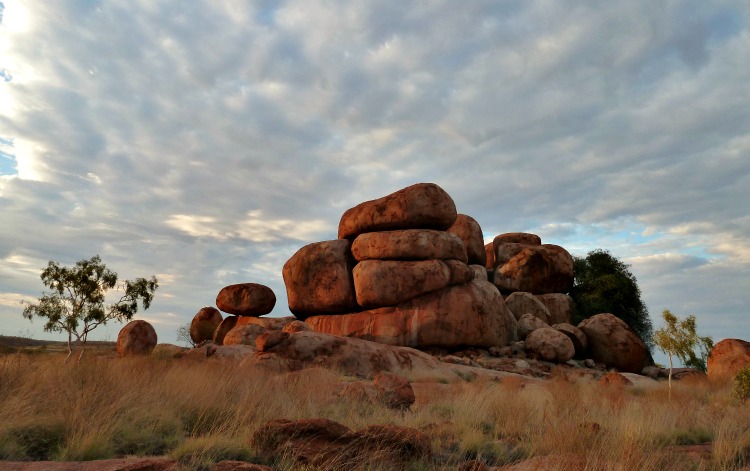 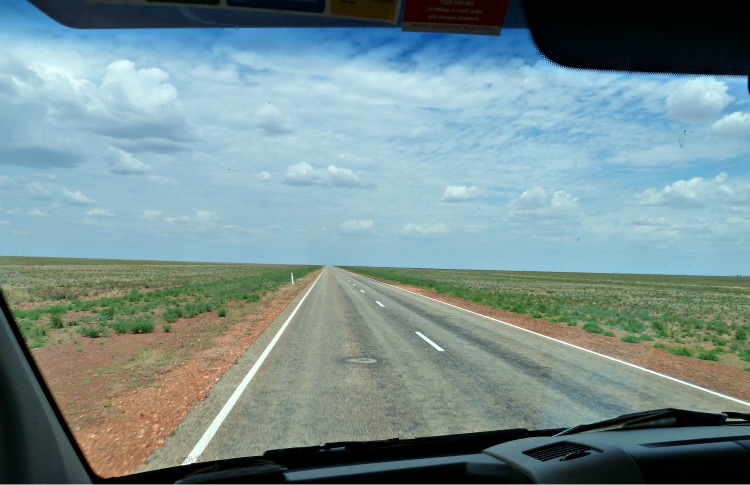 Around Mt Isa there is an interlude as the road winds, rises and falls across rocky outcrops...

as seen below, through the back window of the camperbus! 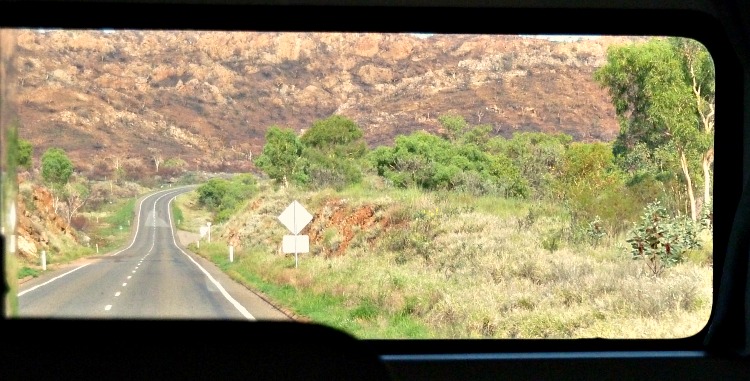 Petrol refiling stops must be made at every available opportunity! Distances are deceptive and some stretches between fuel stops are extensive – It’s not like running around town on empty for half the week knowing when the moment comes there’ll be a petrol station around the corner 😉 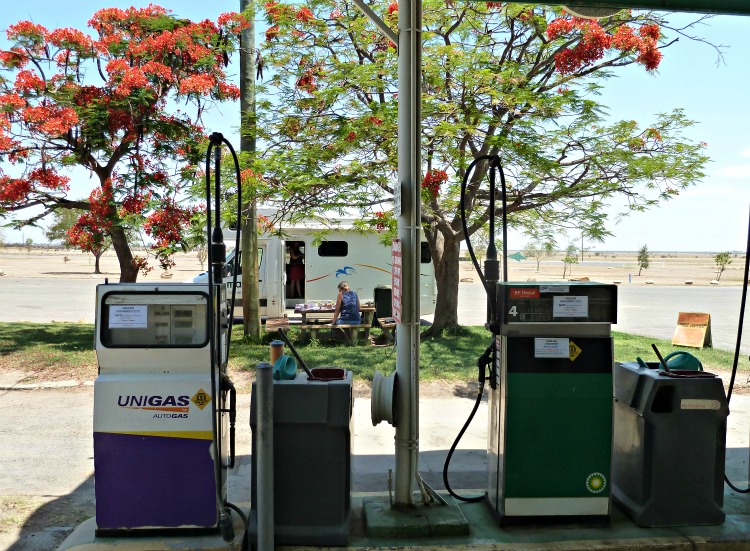 But after nearly 1,500km (1,000 miles) traversing east across the expansive wide plains – sometimes grassy, sometimes dry and dusty, finally we turned north again at Charters Towers, coming in across cattle country to arrive 700 metres above sea level up on the Atherton Tablelands. 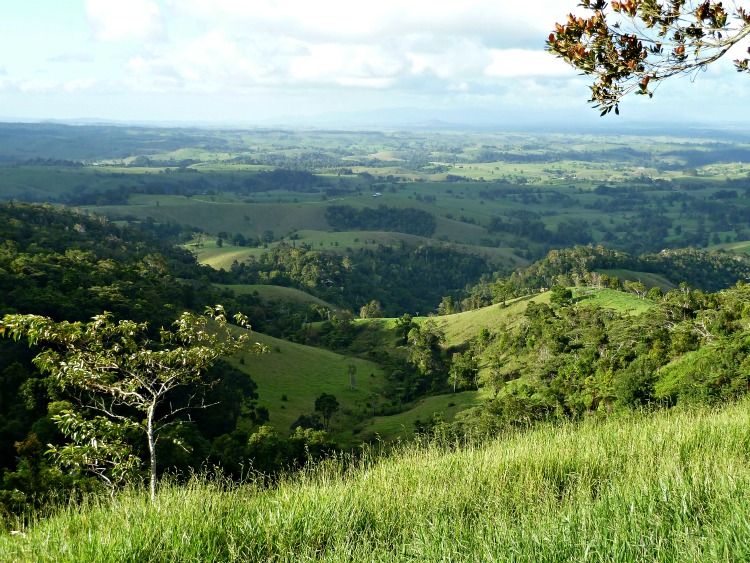 The Atherton region covers an area larger than Tasmania and forms a verdant and lush landscape.

Having experienced volcanic activity between 10,000 and 20,000 years ago the red soils here are rich and fertile. 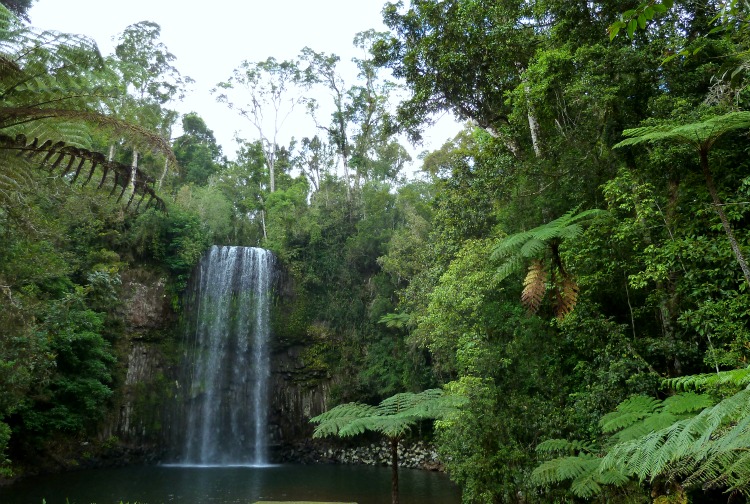 And being 700 meters (2,300 feet) above sea level the climate is cooler than down on the coast and also the rainfall is higher – Compared to the 220mm (8 inches) of rain that falls per annum in the red centre, up here on the tablelands 1,425mm (56 inches) falls each year!

So, after nearly 3,000 km (2,000 miles) passing from an ancient red dry outback country of the centre to the fresh green and lush volcanic country of the tablelands we finally reached the edge where we looked down to the Cairns coast and saw the ocean.

Here is our route from Alice to Atherton plotted on our Journey Jottings pictorial map. 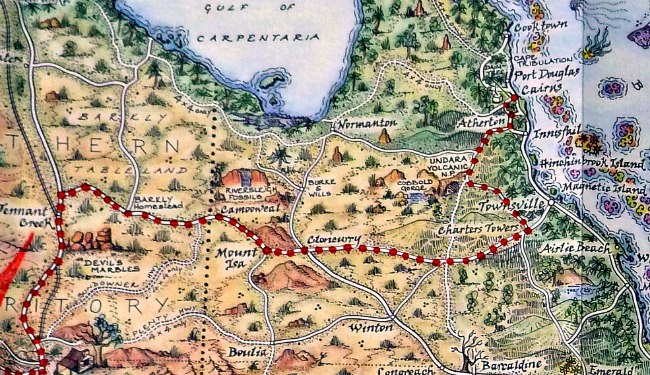 Time for reflection at the end of the road! 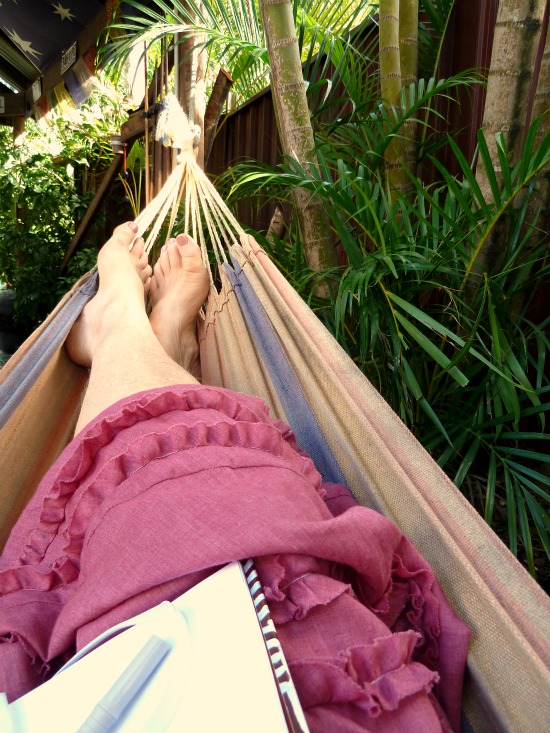 Have you experienced some of Australia’s expansive landscapes?