“You’re going to Whistler, in the winter?
But you don’t ski (or snowboard for that matter)!
What are you going to do there?”

Some places are so inextricably linked to an activity it becomes hard to see the place outside of its neatly labelled box – particularly when the raison d’être of the place in question has been fueled by five bids over fifty years, culminating in a Winter Olympics being held there in 2010.

What to do in Whistler if you Don’t Ski

Before 1960, when a group of Vancouver businessmen came to the region with their dream of bringing the winter games to the then called London Mountain – renamed Whistler in 1965 for its resident ‘whistling’ alpine marmots – the draw card had been Alex and Myrtle Philip’s Rainbow Lodge on the shores of Alta Lake as a summer fishing destination. 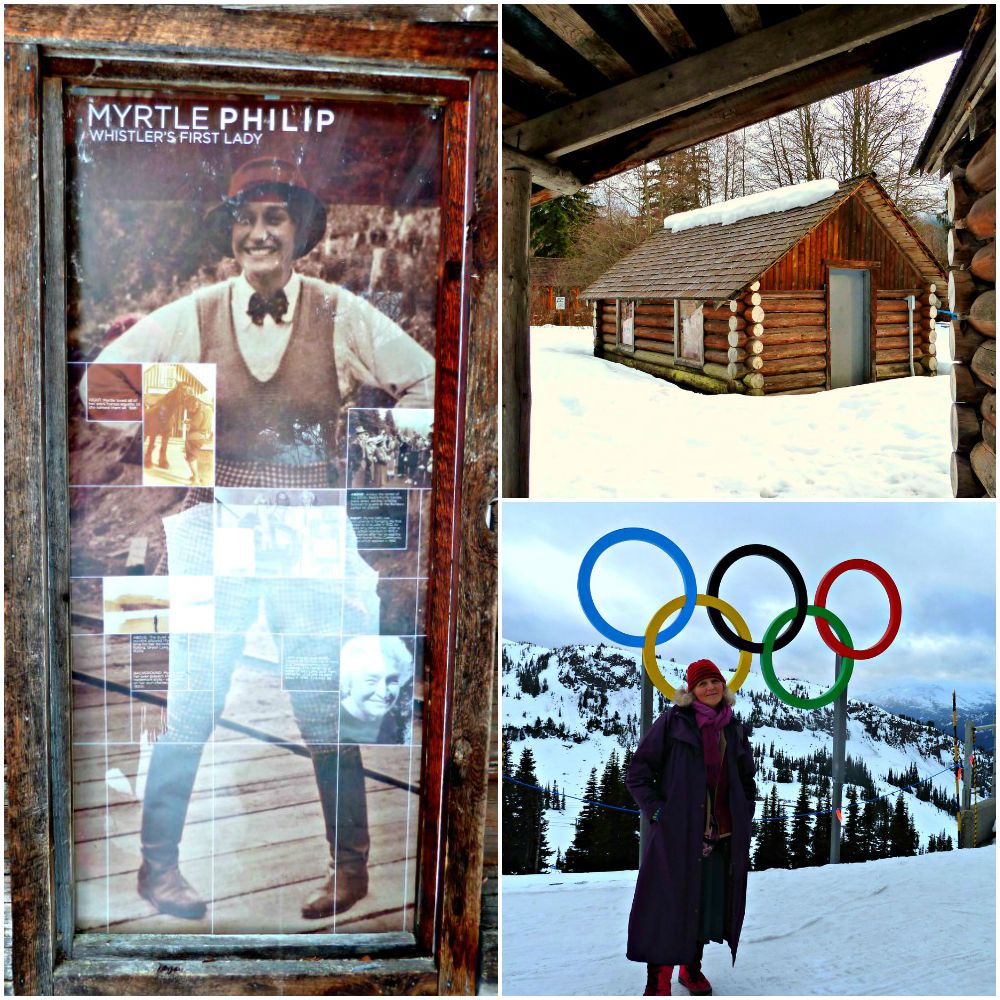 Even if you’re not into snow sports, it makes sense to start off your time in Whistler by having a taste of what most people come here for ~
After all, its not only the skiers and snowboarders who can have the fun of taking a gondola up the mountain and riding 4.4 km (2.73 miles), 436 metres (1,430 feet) above the valley floor between Whistler and Blackcomb Mountains on the world record breaking Peak 2 Peak Gondola ~ 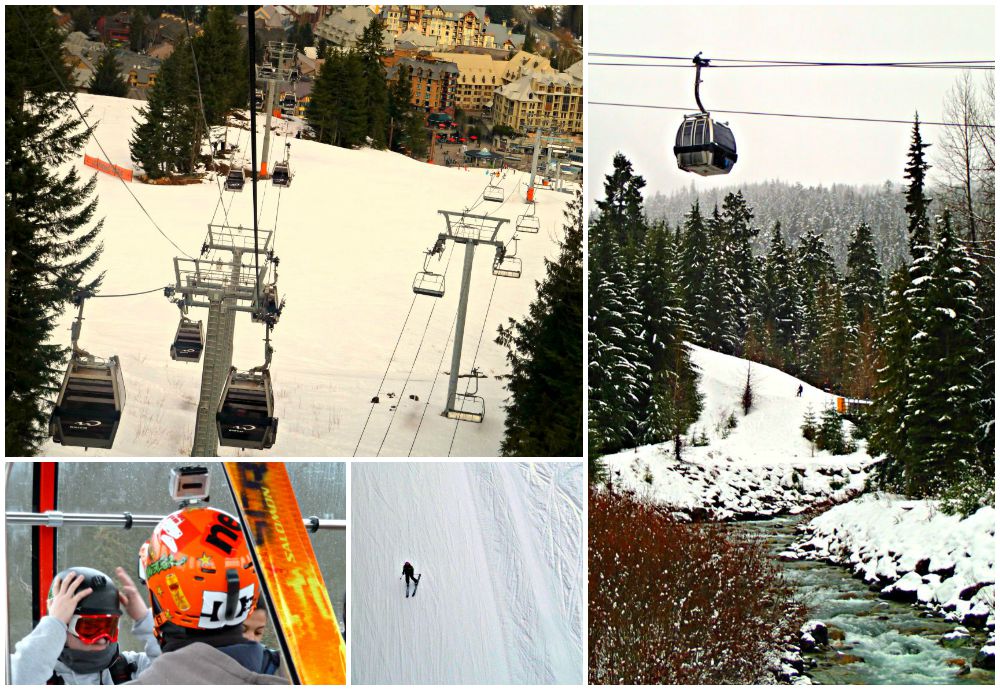 While you may feel a little out of place squeezing into a Gondola full of snowboarders – It’s entertaining not only for the scenery, but also listening-in to snowboard-speak conversations!

You can buy a non-skiing day pass and then take the Whistler gondola from the village. After a 25 minute ride, there’s a short walk across the snow to the Peak 2 Peak Station. 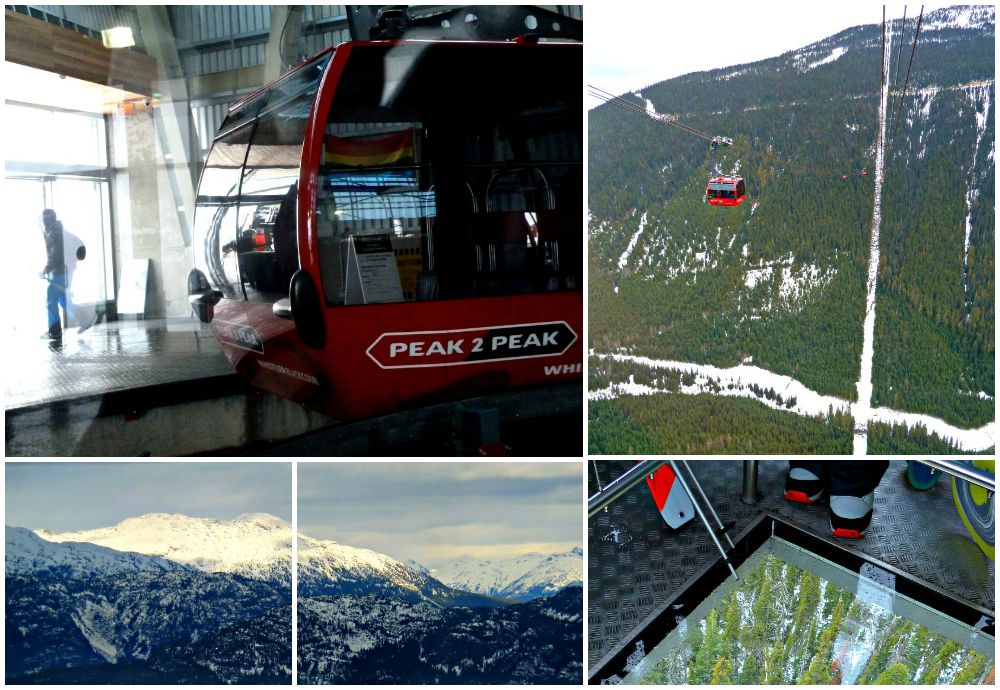 Spanning 4.4km the Peak 2 Peak takes you 436 metres above the valley floor

While there is a steady flow of gondolas coming in and departing, there are only two glass bottomed gondolas (look out for the separate queue for these) which come in every 11 minutes, the time it takes to cross the span.

You can go backwards and forwards between the two mountains, and get on and off on either side, as many times as you like! 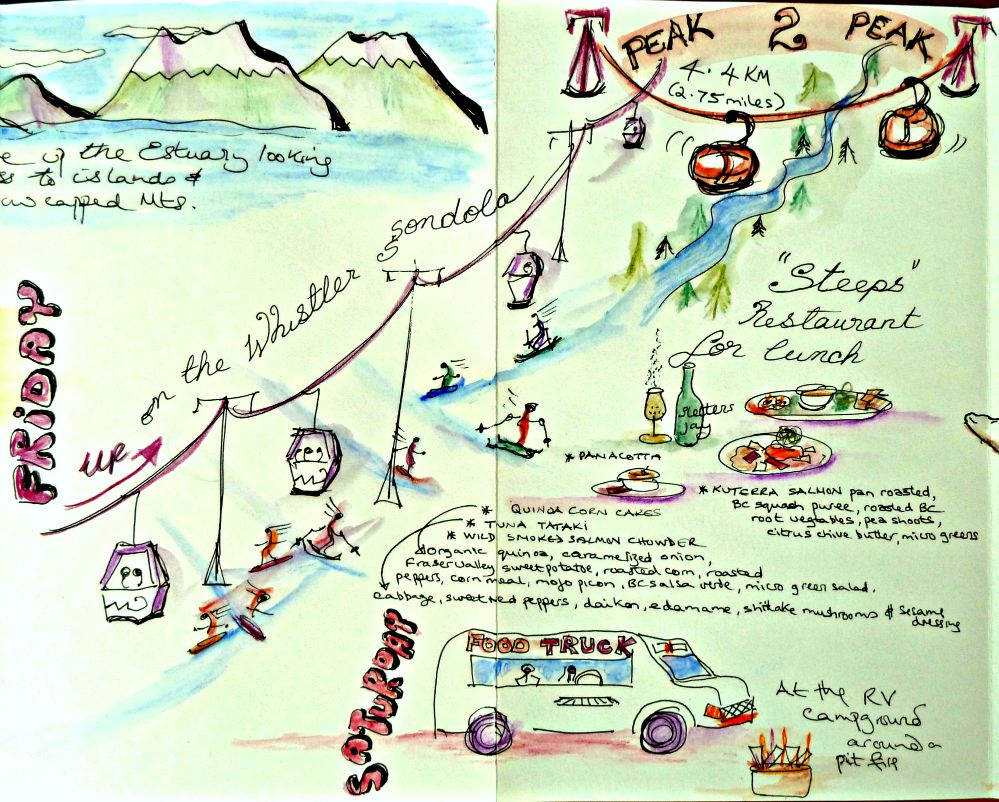 2. Have Lunch Up On the Mountain

While there’s a wide choice of food outlets, rather than grab a snack why not sit back and enjoy a full table service dining experience at either Christine’s on Blackcomb, or Steeps on Whistler.

Having gone Peak to Peak across and back on the gondola I found myself on the Whistler side, so came out of the cold and into the welcoming Roundhouse Lodge which was buzzing with skiers and snowboarders exchanging stories from their morning’s adventures. The air felt mildly steamy from wet and damp snow-sports clothing drying out in the warmth and the flat footed way of walking in rigid ski boots made everyone look stiff from their mountainside exertions. 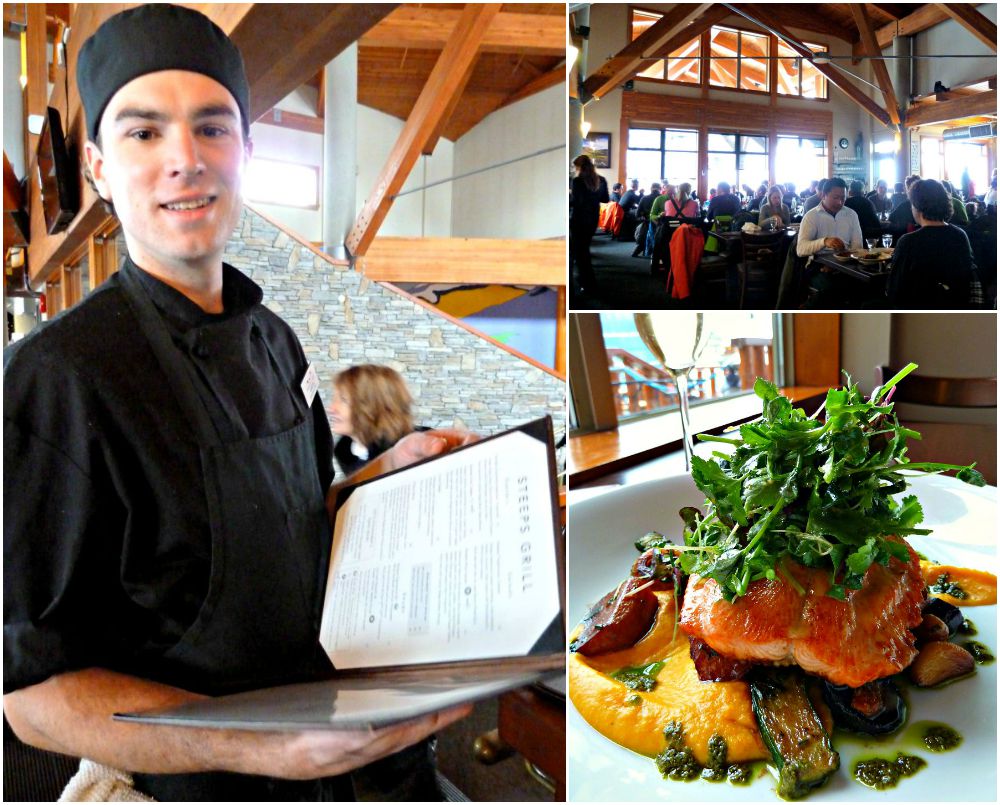 Coming off the slopes for lunch at Steeps Restuarant 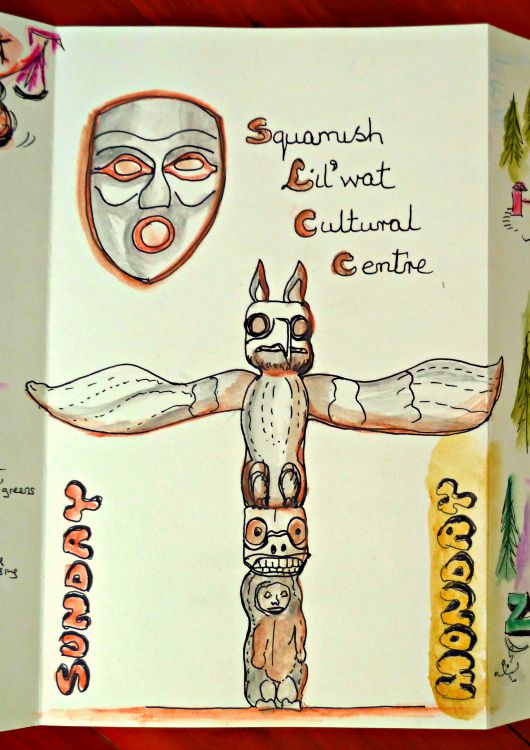 Extract from my travel journal

Visiting from Australia, a country that like Canada has a modern history, I was keen to draw back the curtain of this recently developed resort to see what had gone before. 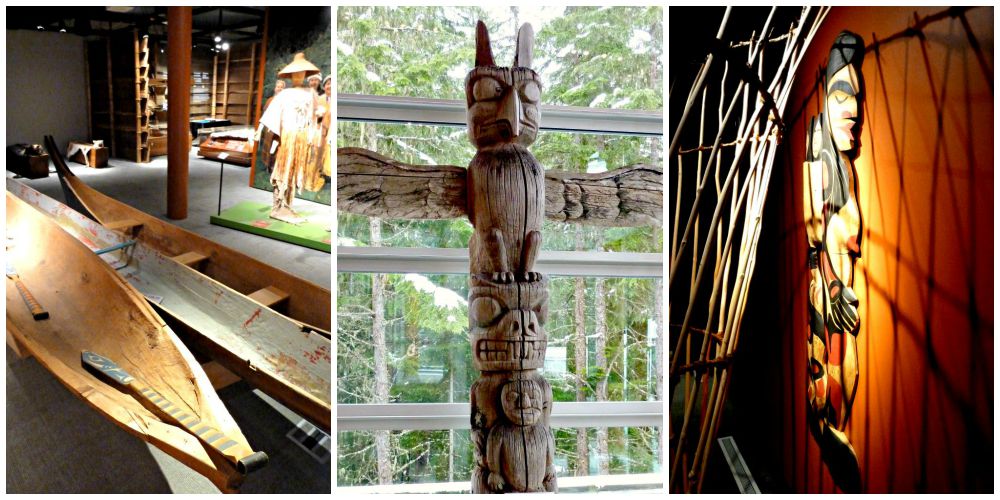 Getting an insight into the lives of the First Nation people

The Squamish Lil’wat Cultural Centre is a short walk from the main village.

Whistler is situated on ground that forms the border between the Squamish people, whose territory runs down to the coast, and the Lil’wat people who occupy the inland mountains.

The Cultural Centre is therefore run by members from both groups –

There is a daily greeting ceremony involving traditional song and drum beating followed by a tour that includes going out into a long house to see cedar bark soaked and then twirled to create string –
The fun here is that it is an interactive demonstration, where you too get the opportunity to create some –
I made mine (shown on the left as I twirled it) into a little bracelet.

There’s also a lovely café here, and a retail gallery with many indigenous arts and crafts for sale. 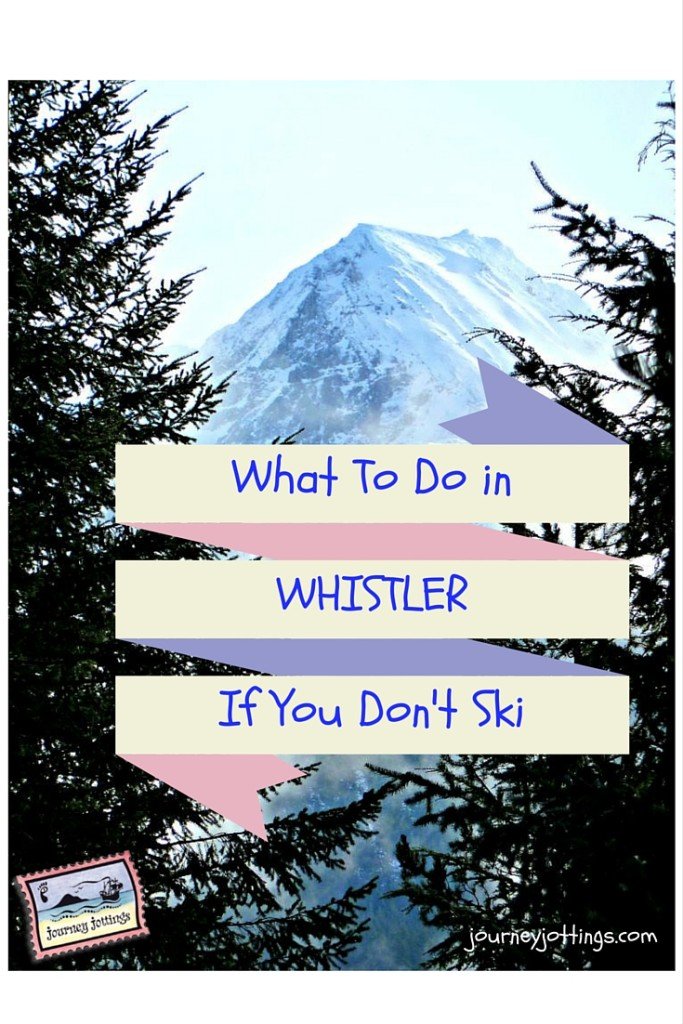 Leaving the Cultural Centre I chose to walk back to the village via the Fitzsimmons Accessible Nature Trail – It’s 800m long, so you’re only ever a stone’s throw from civilisation but it’s so quiet and peaceful you feel as though you’re way off out in the wilderness.

Enjoying this ancient cedar wood tranquility I come across a sign… 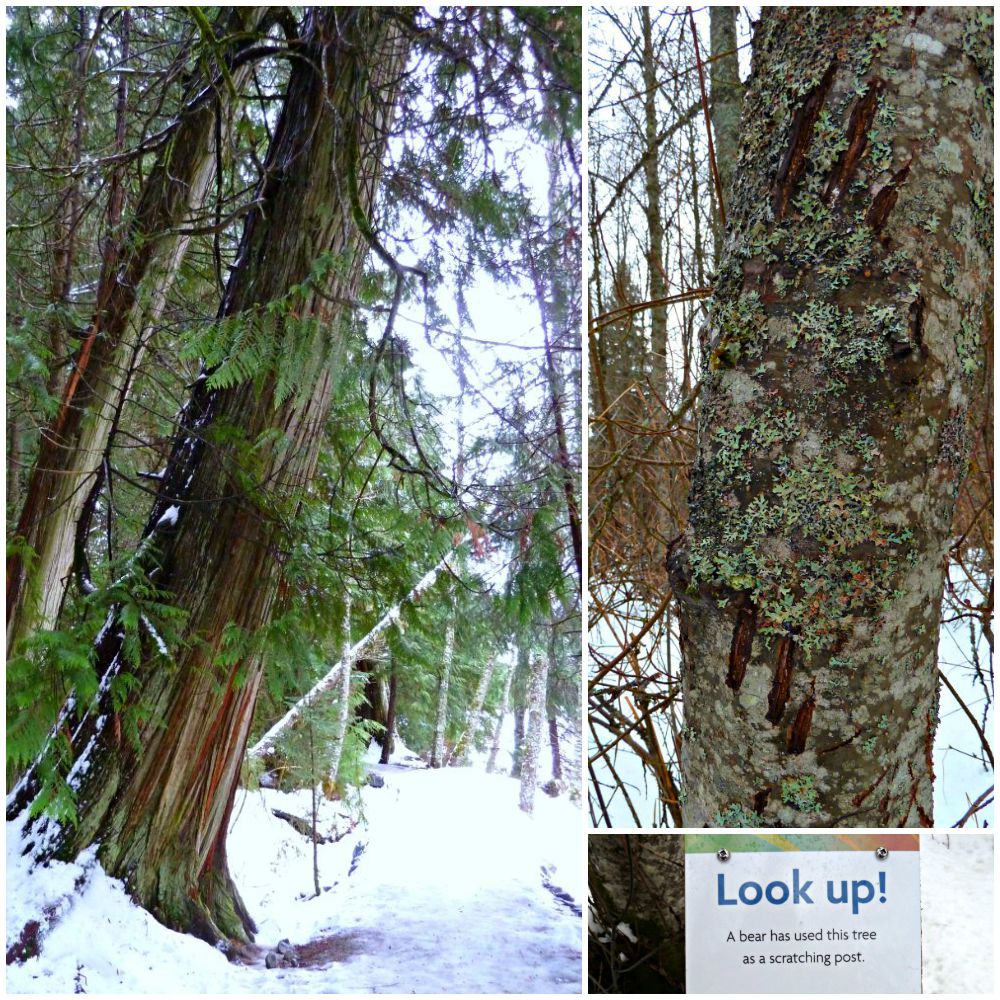 “Look Up! A bear has used this tree as a scratching post.”

I was pleased it was winter and they were all busy hibernating!

However, this wasn’t the only trail –
There’s a 40km paved Valley Trail for walkers and bikers, which connects the outer suburbs to the village hub.
A great piece of infrastructure planning. 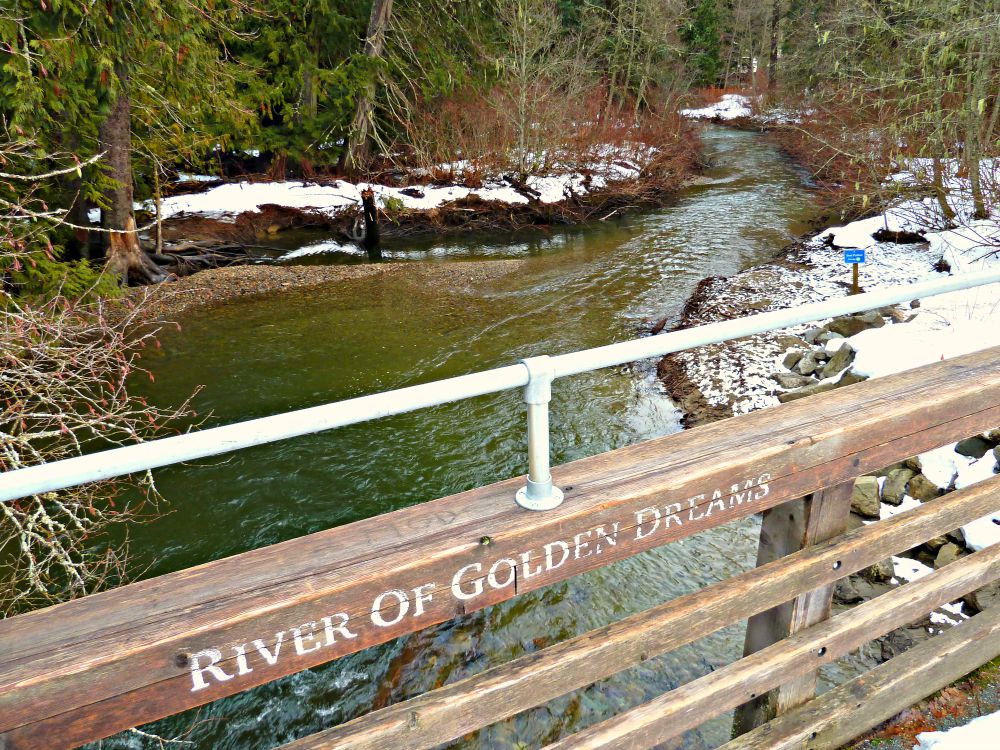 I was staying out at Alpine Meadows and was able to walk to Rainbow Park – the birth place of Whistler – crossing the River of Golden Dreams along the way. 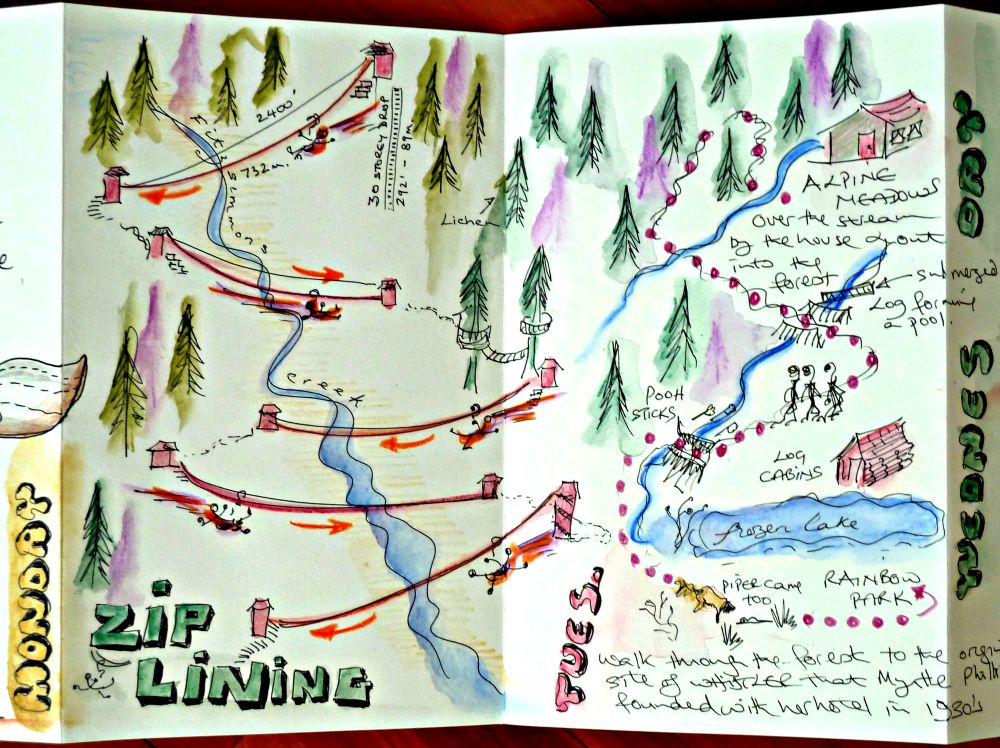 Extract from my favourite type of concertina type of travel journal

Just because you don’t want to ski doesn’t mean to say you’re not up for a little thrill seeking – pushing the envelope and taking yourself that little bit beyond your comfort zone makes you know you’re alive – And is just what holidays are all about!

I was therefore excited by the prospect of doing a Ziptrek Ziplining tour so (nervously) put my hand up to have a go.
I planned on starting out gently doing the Intro version – the Bear tour for beginners – the one that said
“The perfect tour for first-time zipliners”

I’m not quite sure how I therefore managed to find myself on the Eagle Tour – The one that said:
“This breathtaking tour features five different ziplines, including a 2000-foot, awe-inspiring monster that drops 20 storeys! This tour is perfect for anyone who has ziplined before or just wants a heart-pounding, mind-expanding adventure experience.”

Hold on! But I haven’t ziplined before, and dropping 20 storeys is not what I have in mind as “fun”.

But serendipity has a wonderful way of wheedling its way into travel plans and if anyone is thinking should I?/shouldn’t I? go for the more experienced run – even as a first-timer…

You’ll be so thrilled you stepped up to the challenge!
You’ll love it 😀

There’s a comprehensive list of winter activities on the Tourism Whistler website but here’s 10 more ideas of what to do in Whistler if you don’t ski, which caught my eye:

Have you visited a holiday destination renowned for one thing, but then peeled back the facade to reveal more to the place than at first glance?