“I can’t draw to save my life”

“I credit myself with zero artistic ability“

These are all comments left by *you*, my readers, when I’ve been waxing lyrical about the fun and benefits of creating storymaps for recording holiday travel memories, rather than taking what has, to date, been the more traditional route of filling travel journals with walls of words.

Story Map creation of my trip to Kakadu in the Northern Territory, Australia (Click on the image to read the whole post)

The majority of *you* feel quite convinced you “can’t draw for toffee“.

Which is strange, since every one of us in our childhood created beautiful fun filed drawings of our family… 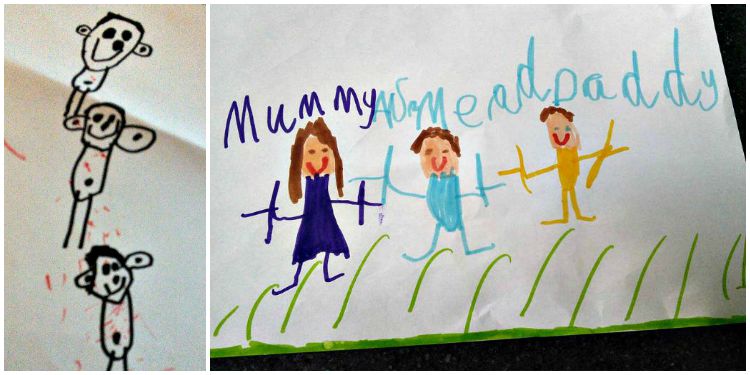 and the house we lived in… 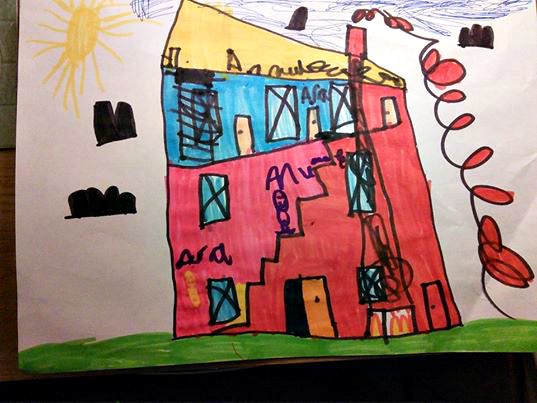 all of which were much admired, were complimented upon and invariably took pride of place on the fridge door until either another masterpiece superseded it or it became dog eared from loving glances as people got the milk out!

We all know we used to draw (despite doing our best to deny the fact).
But it’s a little harder to ignore when you come across some anthropological research into the unfolding of children’s artistic activity that confirms:
“across space and time, all children exhibit the same evolution in visual logic as they grow”; they have a “shared and growing complexity in visual language that happens in a predictable order” so

“doodling is native to us“
quote Sunni Brown 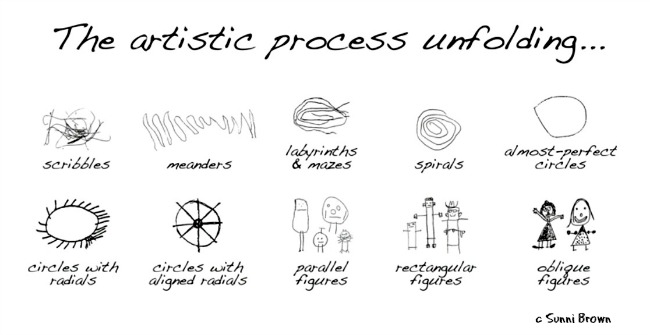 In other words, to communicate visually is inherent in us as a species – we all did it as a child because drawing is in our nature and at that point in our lives it was still totally uninfluenced by any wayward “well-meaning” nurturing that was yet to pull the portcullis down.

Sadly, by the time we get to High School all assignments take on an alphanumeric form, forcing aside and asunder any instinctive visual language skills; and as with any skill left to languish, our development and competency wanes and although the reality is that we haven’t been practicing, we erroneously believe that doodle drawing is only for those who are “artistic” – Ignoring the fact that the only reason someone is proficiently artistic is simply because they’ve maintained their practice and developed a skill as a consequence of that.

However, there is good news on the horizon – 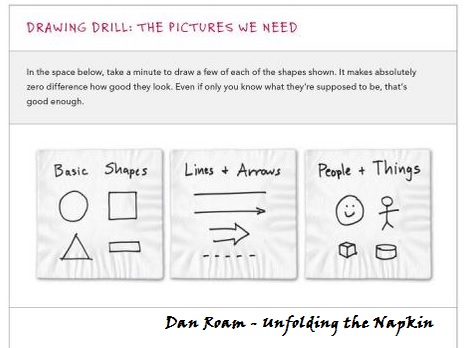 Where he illustrates how only the most rudimentary of line types are necessary to express ideas visually – with no “artistic” skill required.

Then in 2011 Sunni Brown presented this succinct 5 minute TED talk (which has been viewed over a million times) called:

Click here if you can’t see the video above!

In 2012 Mike Rohde brought out The SketchNote Handbook 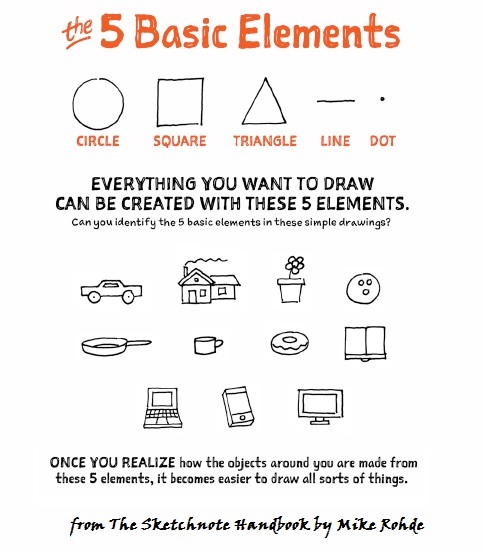 Again showing – quote Mike Rohde:
“Once you realize how the objects around you are made from these 5 elements [circle, square, triangle, line & dot], it becomes easier to draw all sorts of things.” 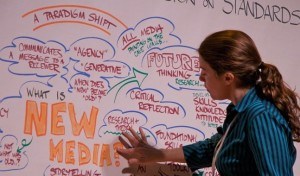 And Rachel Smith, who specialises in visual facilitation, presented a TEDx talk telling the story how at school she was reprimanded for taking illustrative notes in class despite the fact that that was the most natural way for her to make sense of the information being presented.

Today she makes her living creating visual notes, relishing the value of combining pictures with words, which help lodge information to memory whether in class, recording business meetings or encapsulating conferences.

She asked her TEDx audience mid way in her presentation:

“What do you think is the most common objection I get when I start to teach people how to do visual notetaking?”

Click on the video and listen for just one minute for her answer!

Click here if you can’t see the video above!

If you listen beyond that, she goes on to demonstrate a step by step guide to get you on the road to incorporate visual language into your everyday world:

She also shows line by line how to create a simple ‘star man’ to claim your first visual thinking symbol for a person –
Try it, and tell me, did you surprise yourself?

In 2013 Michael Nobbs brought out Drawing Your Life 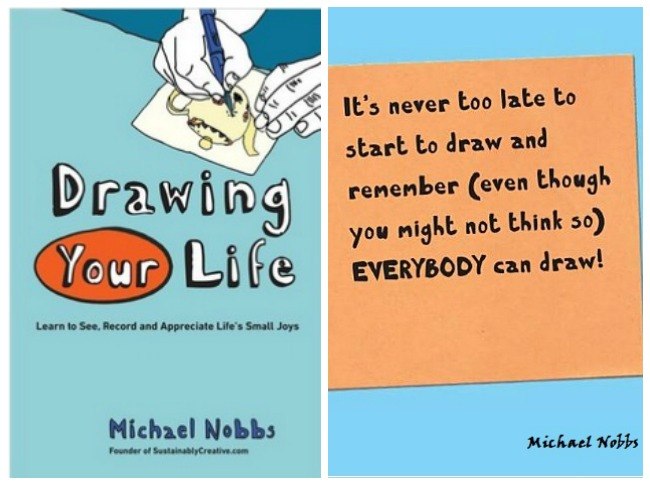 And in 2014 Sunni Brown published The Doodle Revolution

Click here if you can’t see the video above

In which she presents a visual alphabet made up of – you guessed it – simple lines, curves and shapes for communicating ideas, thoughts, and memories using visual language.

Can you draw these lines and shapes? 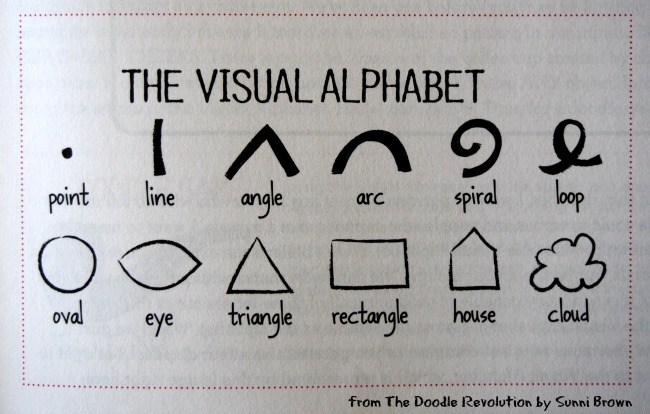 Or how about giving these stick figures a try!

Sketch-noting, doodling and/or story maps are not an artistic skill –
They’re thinking skills that are articulated visually.

You Can’t Draw? I Don’t Believe You.

To finish off, here’s a great 3 minute video by Doug Neill from Verbal to Visual created in 2015 ~
Spelling out the difference between:

Click here if you can’t see the video above

And because his next video, creating a page of icons has so many fun travel related symbols demonstrated, which is so relevant to us here… I couldn’t resist sharing that too!

What do you think?

Is this doodle drawing lark maybe not as scary as you thought?

Tell me in the comments below 🙂

Post Script:
I’ve just found another great You Tube video that will get anyone drawing caricatures  🙂