Why go to New Zealand now?

Because if you love *landscape*,

New Zealand is your dream destination.

If you’ve had yearnings to see the fjords of Norway, the geysers of Iceland, the lowlands of  Scotland or the Alps of Switzerland save yourself the angst of the manic European traffic, and the hoards (250million) of tourists and see all these remarkable landforms in New Zealand without having to traipse from one end of Europe to the other. 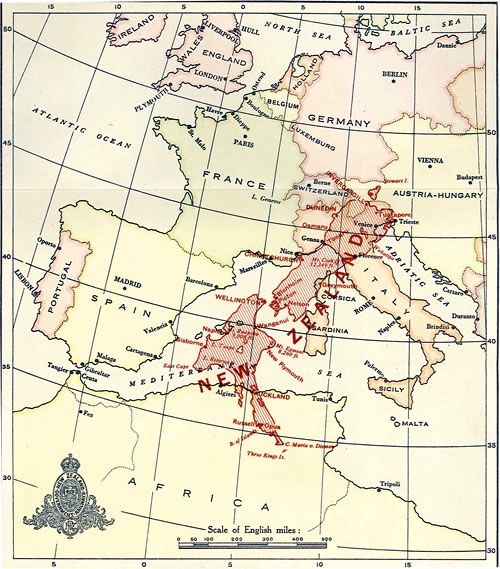 *Editor’s note: The map above is from the 1919 official NZ year book

Whilst Christchurch, a month ago, may have been shaken,

the rest of the country was not stirred!

New Zealand is as deliciously beautiful, unspoilt, natural and welcoming as ever.

If you want to see the Norwegian fjords? Head to Milford Sound in the south-west of New Zealand’s  South Island. Rudyard Kipling considered Milford Sound to be the 8th wonder of the world, where sheer rock cliffs are a mile from peak to ocean floor. 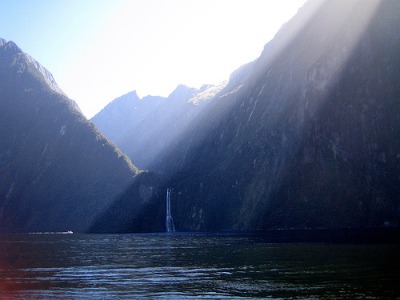 Want to experience the glaciers in Austria? Check out the Franz Joseph Glacier on the mid west coast of South Island 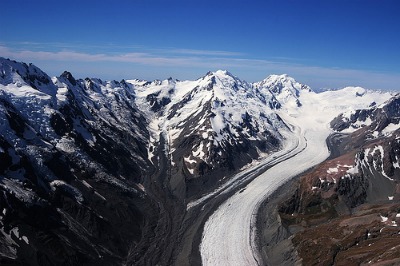 The Swiss Alps? Feel the magnificence of the Southern Alps that forms the backbone of New Zealand’s South Island. 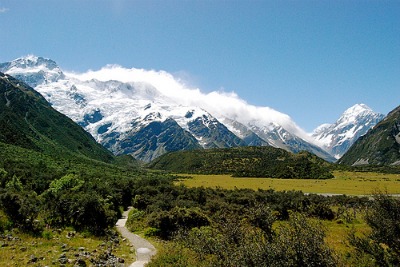 The beauty of the lakes in northern Italy are a draw card for many celebrities to set up home, but if you prefer your scenery without the glitz head to Mt Cook & Lake Pukaki – The photo below is taken on the road to Mt Cook Village, South Island. The lakes in New Zealand are numerous and all exquisitely pristine. 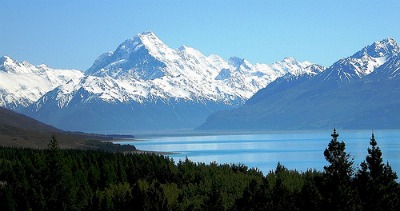 A trip to Europe wouldn’t be complete without some French wine, so spoil yourself in Marlborough. New Zealand wines are winning many international awards, so are not to be sniffed at 😉 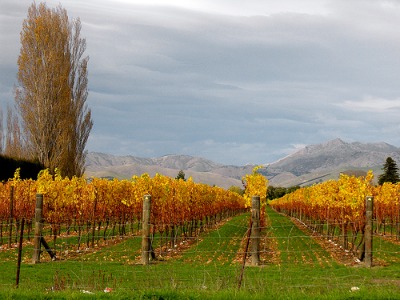 For a taste of the Mediterranean? Head to Whakatane in the Bay of Plenty on New Zealand’s North Island.

The variety of climatic landscapes in New Zealand extends itself from lush verdant rainforest (which is a bonus you’d never get to see in Europe!) to the arid interior reminiscent of Spain’s dry interior. Below is a ruin at the old gold mining settlement of Bendigo in Central Otago, roughly between Queenstown and Dunedin on South Island. 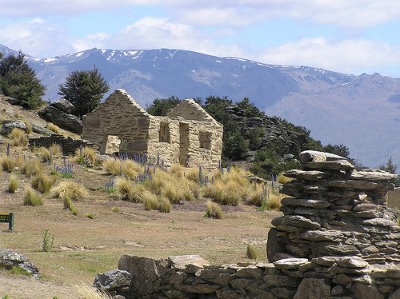 And approaching Dunedin (near Lee Stream) one feels as though one is entering the lowlands of Scotland.

Forget about having to go to Iceland to see geysers – The furthest north you’ll have to go is onto the North Island at Waiotapu Thermal area near Rotorua. 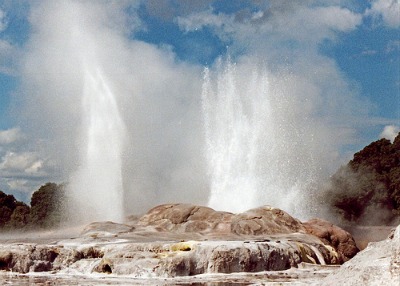 Or if you’re a tree hugger and forests are your want,  the Black Forest of Germany has some serious competition with the Waitakere Ranges below… 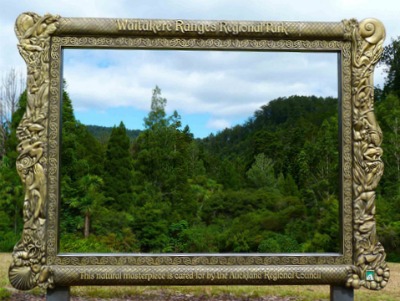 Here is the road that leads up to Paradise, and being a No through Road – There’s No Exit!

With a backdrop of dramatic mountains, reflected in glassy lakes, the road out of Queenstown on South Island takes you over babbling stoney river crossings up into a valley of verdant woodland.

Paradise was one of my favourite places when touring New Zealand ~

If you haven’t yet been?

If you have… share *your* heavenly spot in the comments below…