This month’s travelling tales theme on our Facebook page is sculpture or art in public places.

I wrote a post about some Street Sculptures in Brisbane I came across on a day in the city and thought it’d be fun to see what art works other people have noticed on their travels.

And all the time, the light is changing
And he keeps painting
That bit there, it was an accident
But he’s so pleased
It’s the best mistake, he could make
And it’s my favourite piece
It’s just great

The flick of a wrist
Twisting down to the hips
So the lovers begin, with a kiss
In a tryst
It’s just a smudge
But what it becomes
In his hands:
Curving and sweeping
Rising and reaching
I could feel what he was feeling
Lines like these have got to be
An architect’s dream

“Waiheke Island Sculpture walk in New Zealand. A bi-annual event in January. I hope sea sculptures count 🙂 But most of the sculptures are on land, they’re brilliant and the setting is sublime. Recommended for all art lovers and good for wine lovers too as there are many world class vineyards on Waiheke too. I was lucky to live there for 10 years.” 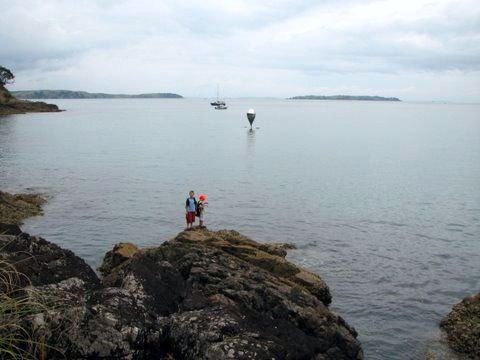 “The life-size bronze pigs scavenging out of the rubbish bins in Rundell Mall in Adelaide, Australia are pretty memorable!” 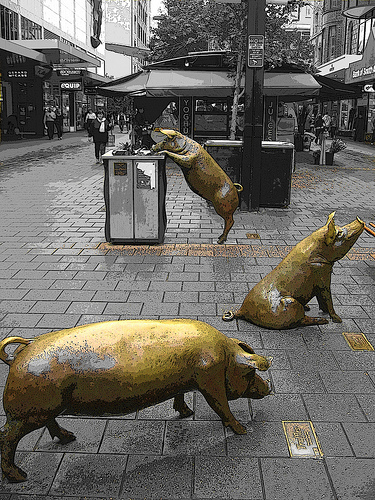 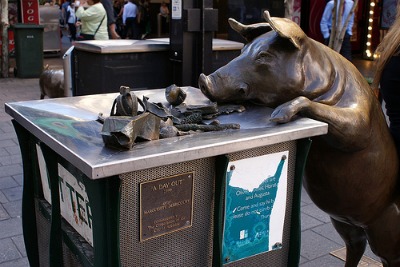 This is Oliver in the rubbish!

“I noticed several of these graffiti murals springing up around my neighbourhood.

I thought this one was particularly well composed, so I snapped it.

Two weeks later, it was defaced.

A week after that, it was completely painted over. Sad.

I hope the artist captured this work.

“Pania of the Reef – Napier, New Zealand a famous statue, a figure of Maori mythology. You can read the story behind it here ” 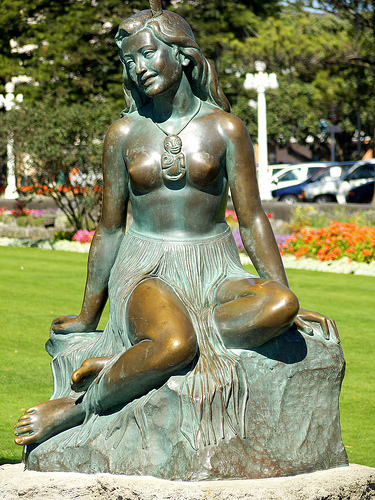 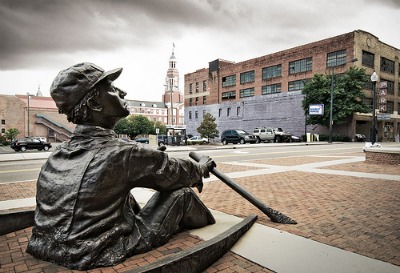 The Oarsman can be found in Knoxville, Tennessee.

(Its worth clicking the link to view some of his other work too!)

“This is one of my favourites from the 212 sculptures in the museum park in Oslo, Norway.” 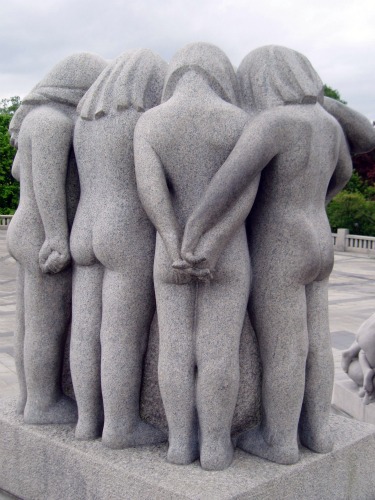 Upon seeing Sally’s contribution (above) it made me think of  ‘Hush’ by Matt Baker, which I fell upon atop a Scottish cairn in Cairnsmore . 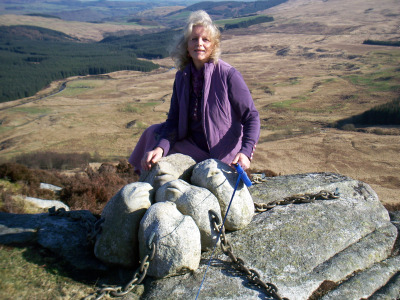 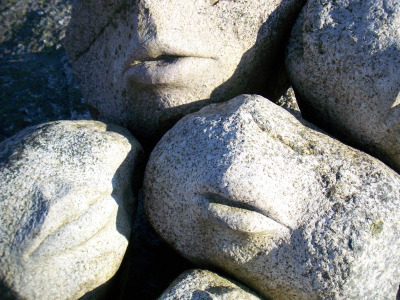 Port William is in the SW of Scotland. It is a village of 420. ‘The Man’ sculpture is erected overlooking Luce Bay and was created by Andrew Brown initially in ferro-concrete.  When it started to deteriorate the locals undertook extensive fund raising activity to come up with the 22,000 UK pounds required to get the work cast in bronze. In 2007, in true community spirit, that target was achieved and so The Man stands reflectively contemplating the Irish Sea. 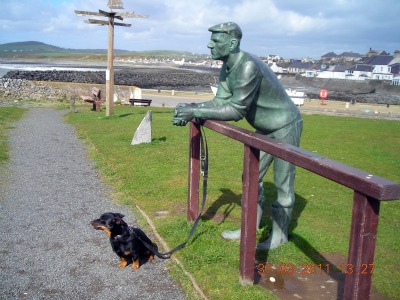 [Editor’s note: What a lovely little new found friend ‘The Man’ has acquired 😉

Where have you spotted some artworks in public spaces?

9 thoughts on “Worldwide Works of Art in Public Spaces”