Each month we call for travelling tales on our Facebook page, related to a theme ~

Last month it was for Crazy, Stupid and Scary tales –

This month, as it was Fathers Day in Australia on September 5th,

we asked for travel stories either

Last Friday I posted the first responses, here are a few more 😉

Catherine White
I remember well the day we drove out to our Uncle Arthurs’, it was hot, the heat shimmering off the sand on the banks of the dam on my uncle’s property. I wasn’t to know it, but today was the day I would learn to swim.
Memories of my father are not happy, he was feared by his siblings, and offspringalike. Despite throwing me into the dam, unprepared, I came up gasping for air, angry and determined. Swallowing my pride, I decided the second attempt would be on my own steam. I had to dig deep for memorable occasion, but this is my memory of a day out with my father, and the day I learned to swim.
I have him to thank for both my powerful swimming stroke, and dogged determination to swim by my own rules. 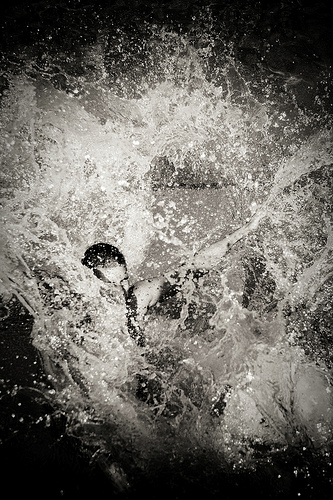 Phil Smyrk
My father was in the RAF in the UK and was posted out to Singapore. He was flown out with his regiment leaving my mother to follow by ship with me and my 4 siblings.
My most vivid memories of this trip at the tender age of six aboard The Empire Windrush, as we sailed half way around the world, were the flying fishes landing on the deck – who ever would have thought a fish could fly? The ceiling fans, which coming from GB looked incomprehensibly like aeroplane propellers spinning from the roof of the dinning hall; and wagging the on-board school to watch the dolphins dodging the bow of the ship as they lead the way cresting the waves of the endless Indian Ocean.
We also went through the Suez Canal where the locals sold their wares by throwing a rope to us on board so we could pulley a basket up laden with exotic eastern fruits – My first taste of fresh pineapple and coconuts. 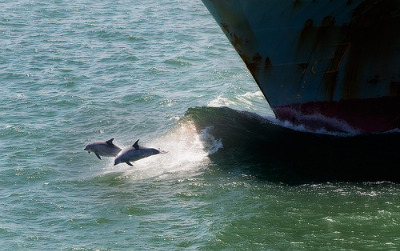 Jean Doorn
Haytime.
I guess I was around 10 years old.
Some day in May or June. Haying time. My father asked me if I wanted to join him to harvest hay on Uncle J’s farm. OK for me. Together with my father’s new moped we drove.
We worked for some hours. Uncle J, my Dad, another man (can’t remember a name or face) and me. The smell of hay and diesel. Transpiration. Hot sun. When our work was finished Uncle J and my Daddy told me both that they were proud on my hard work.
We drank something.
We drove home in 20 minutes while the sun was going down. The weather was warm. Me alone with my Dad. My arms around his belly. Wind in my hair. I felt tired, proud and loved. I felt like a real man fostered in a man’s world.
Happy!
I can’t remember but I must have slept quickly in my own bed. Satisfied and with a big smile. 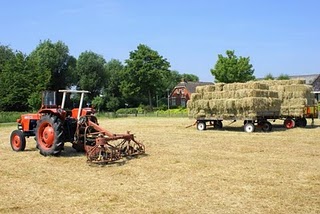 Michael Hodson
My father took my brother and I on a golfing trip in the summer of 2007 to Ireland. Just the boys. As my mother would put it, a good bonding experience. We rented a large mini-bus to tote around our golf clubs, luggage and the three of us. The roads in Europe are quite narrow and tough to navigate and the size of this vehicle didn’t make that any easier. We finally got to the town where we were supposed to stay for the first three or four days of the trip and tried to find the hotel. We whipped around the city a couple times and couldn’t find it. Not only couldn’t we find the hotel, my father was having a tough time keeping up with the traffic – he almost turned down the wrong way on a couple one way streets and seemed to be having trouble remembering which way he had already been before as we circled around. When we got to the hotel, I turned to my brother and said,
“I think I need to drive from here on out.” He nodded in somber agreement.
Right then, I had one of those moments. My father was old. It hit me hard.
It was the first time that I really thought about him dying. Happens to all of us, of course, but I think that those of us that were raised by fathers that we admire, subconsciously look at them as almost immortal. That myth was shattered in my mind on those roads in Ireland, and as must flow from that, I began thinking about my own mortality as a result. 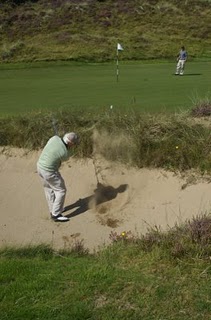 Charley Jones
I’m currently on a journey of sorts with my dad Rick, helping him with his journey from one end of New Zealand to the other on a bike, towing a shelter box to raise money for a very worthy cause. Following his recovery from prostate cancer he decided he wanted to go on an adventure and raise some money for charity. He chose Shelter Box as it is international and helps people from all walks of life when they are affected by natural disasters. Its global reach has also made it an appropriate cause for his family to get behind him as his sons and daughters are spread out around the world from America, to Europe and Australia. We have been running various fundraisers to help him reach his target of ten thousand pounds. You can read all the latest news at:
Bluff to Cape FB Page
You can also check out www.shelterbox.orgHe starts the ride at the beginning of November…wish him luck! 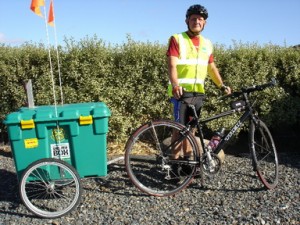 What travelling tales do you recall either with your father, about your father or stories maybe he has told, so by your father?

Share them by adding them to the comments below 🙂