Last month we asked our Facebook page friends
What was your ‘Favourite Journey‘?
We had 20 fabulous responses,
which I put together in a couple of blog posts for all to enjoy 🙂
This month Genevieve suggested we recount tales about:
crazy, stupid or scary things
we’ve experienced or done whilst travelling ~
Here is what *you* said 😀

One of my scariest was the time we took my UK sister-in-law up to the Whitsundays. She wanted to do something ‘memorable’… like a parachute jump! Only catch was she wanted company, so muggins here was volunteered to go up with her. Being a first for us both we booked a tandem jump with professional skydivers which was fine, except the guy I was jumping with had had a very heavy Sat night and for the early Sunday morning jump needed a mobile wake-up call when he failed to show. Being strapped to someone who could hardly open his eyes and reeked of alcohol was concerning to say the least. As we leapt from the tiny plane way up in the clouds I wondered as we free fell should I have noted where the ripcord was in the training session just in case. Of course, it worked out fine, the guy had done it so many times he could do it in his sleep (which I swear he did!) The float down was incredible but I was happy to have both feet firmly back on solid ground 🙂 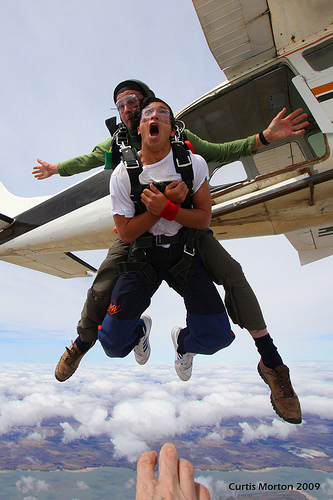 Melissa Seriously
The craziest thing that ever happened to me? It was Gay pride Week in New York City and the only bathroom I could find was a men’s room accessible only by coin via a cafe barista. It was run down and dirty, but I had to go pretty bad, and I talked the barista into giving me the coin for the door. When I came out, the hallway was lined with drag queens waiting their turn to use the only bathroom in a several block radius. There was something ironic about being the only actual woman using a men’s room. 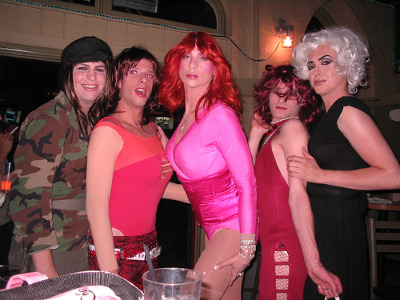 Kirsty Wilson
My scariest moment whilst travelling was to be the sole witness to a horrible accident in Kent, England involving a motorbike and vehicle. The motor-bike was travelling around 80km/hr when an elderly driver pulled out from her drive way into the path of the motorbike. He hit full force into the side of the car. My first instinct (at the young age of 21) was to run the other way but knew I had to assist & get an ambulance quick smart. The motorcyclist was OK but his entire hip socket had popped out & other leg injuries. I was a mess after returning to my friend’s home. A memorable travel moment! :/ 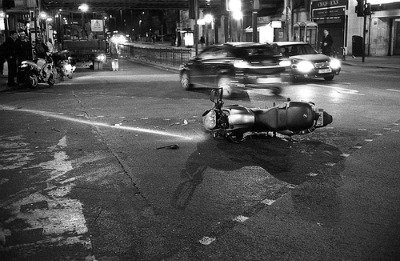 Post Script to Kirsty’s story:  His parents wrote me the most lovely letter after getting my details from the police (wouldn’t happen these days with privacy laws). To thank me for all I did & so sorry it may have spoiled this young Aussie backpackers big travel adventure. He was in rehab for sometime but I was lead to believe he was going to be OK.

My story is both crazy and stupid. My wife and I were sitting in a park in Buenos Aires when the 3 most incompetent thieves I’ve ever encountered attempted to steal her purse. The story is too long to tell in a quick paragraph so here is a diagram! 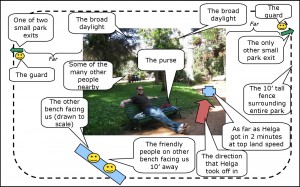 Editor’s Note: It looks like such a futile attempt it would be nice to think they were indeed actors paid by the local Tourist Authority inducting you, by example, as to the perils of being momentarily distracted and so inadvertently leaving a bag unattended 😉 For those wanting to read the full story, click the diagram!

Linda Fairbairn
My tale is crazy, scary and in hindsight stupid…
When travelling in Yogyakarta,  Java we had spent the day watching beautiful batik fabrics being made ~ Having walked ‘miles’ on our tourist wanderings we were on foot heading back to our hostel when the road took a major detour way off away around a huge bend in a deep raging river. Exhausted, we decided to take the short-cut over the railway bridge. This was a single track bridge, with no sides and the sleepers were spaced with gaping voids down to the fast flowing river below. With waverings of vertigo and a pounding heart I gingerly tightrope stepped sleeper to sleeper between the lines across to the other-side. As we finally stepped off there was a thundering noise behind us and a train roared onto the bridge and gusted past us… Where would we have gone a few moments sooner? 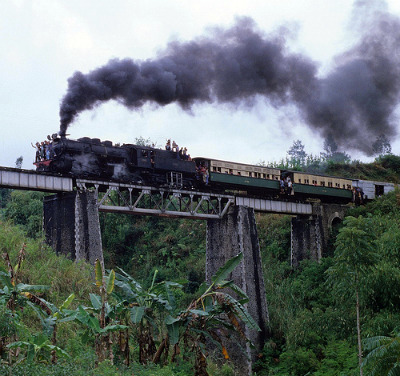 Leanne Berry
Our first European adventure with 3 teenagers then aged 14, 13 & 12 and my first time visiting Paris – From Waterloo to Gare du Nord on the Eurostar – 5 of us with 5 suitcases, 5 backpacks – arrived at Gare du Nord needing 2 taxis – Ian who speaks fluent french took the first taxi with his 2 children which left Brodie and I to take the 2nd – all our passports and money in the 1st taxi with the fluent speaking Ian – all I could say was follow that Taxi and hope and pray we didnt get lost!!!! (in my best country aussie girl accent) 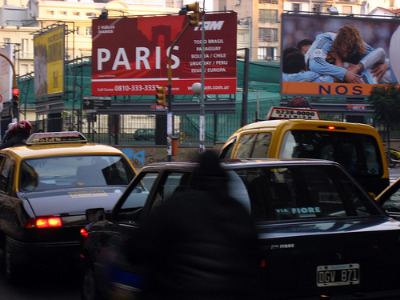 Subscribe by email top right of this post 😀
Do you have a CRAZY, SCARY or STUPID travelling tale to tell?
Come join our Facebook page: http://www.facebook.com/JourneyJottings
Each month we have a different travelling theme 😉
Click here for Part 2