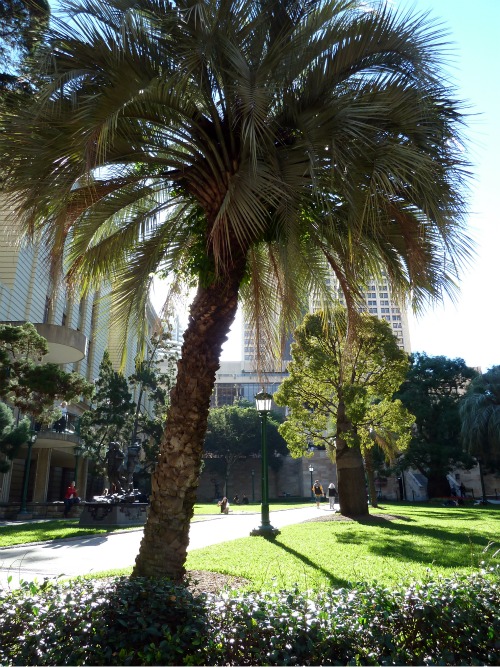 Anzac Square is in the centre of Brisbane, Queensland, Australia.

Associating bottle trees with the Kimberleys in Western Australia, when I first saw these boabs in Brisbane I felt there was an in-congruency.

What I didn’t realize was their symbolic significance.

And the palm trees, which are Middle East date palms, “represent Australia’s success in the Middle East during both World Wars. Palms are also a biblical symbol of victory.” 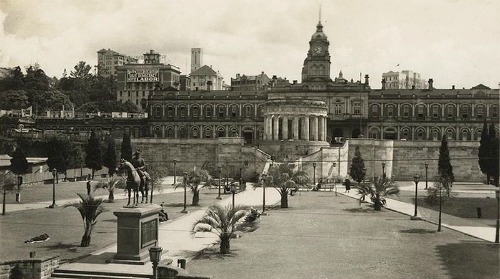 Here is an image circa 1930, when they were first planted 🙂