“This is now our 11th Sunday on board & no doubt you are expecting to hear from us soon or at least through the paper of our safe arrival.

We are now near the Crozet Isles

Where the Strathmore Wrecked

where the Strathmore was wrecked in 1876. 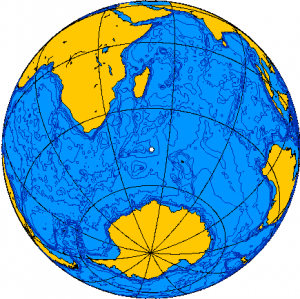 In marking off the chart last night the Captain got the cabin boy to hold a candle which he did & let a drop of grease fall on the map, when the Captain called out to man the boats as we had struck on a shallow bank. You may believe this or not as it best please you. 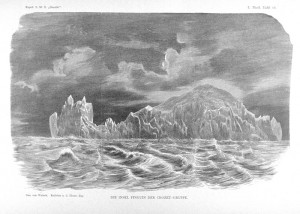 The breeze freshened at 11 this morning (before then there only a little wind & plenty of rain) & we have been doing 11 knots an hour ever since. Joey has been paying the cook a visit & he says that he used to keep a hotel in Japan & made a lot of money by it, which he retired on & kept his strap & all complete in Essex but lost it all through the failure of a bank some time back & has had to follow up his old trade ever since. Joey thinks that the cook’s only fault is putting too much pepper into the soup but he makes things well & just to my liking.”

This is part of the tale A.Whelen had to tell sailing aboard the iron clipper ‘Hesperides’ from England to Australia in 1878