So here’s a digital postcard from the south of France.

Nimes’ version of the Colosseum –
Les Arènes or amphitheatre. 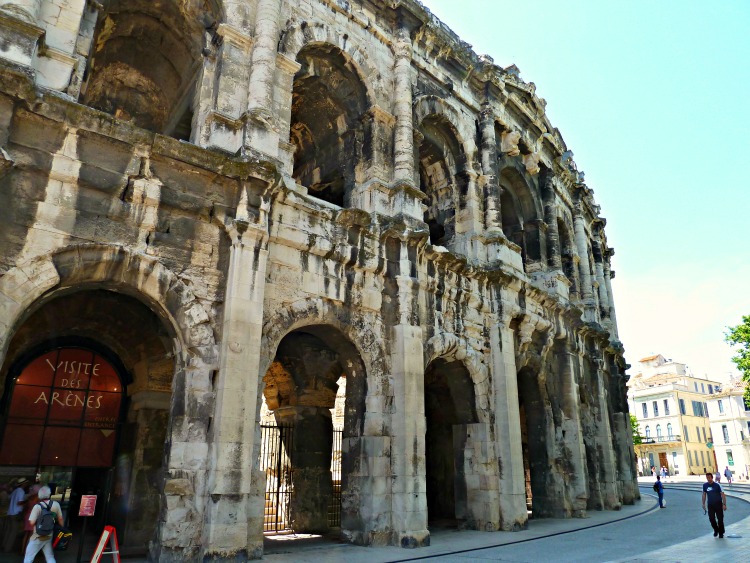 Les Arènes is purportedly the best preserved Roman Amphitheatre in the world – And is amongst the 20 largest of the 230 remains of amphitheatres found scattered across what was the Roman Empire. 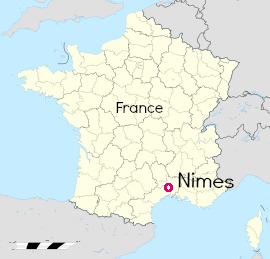 Located in the south of France, the Nimes amphitheatre was built at the beginning of the 2nd century AD, when Nimes was part of the Roman Empire and called Colonia Augusta Nemausus.

133 metres long and 101 metres wide, the outer facade stands 21 metres high, being made up of two levels of arcades each comprising of 60 spans. 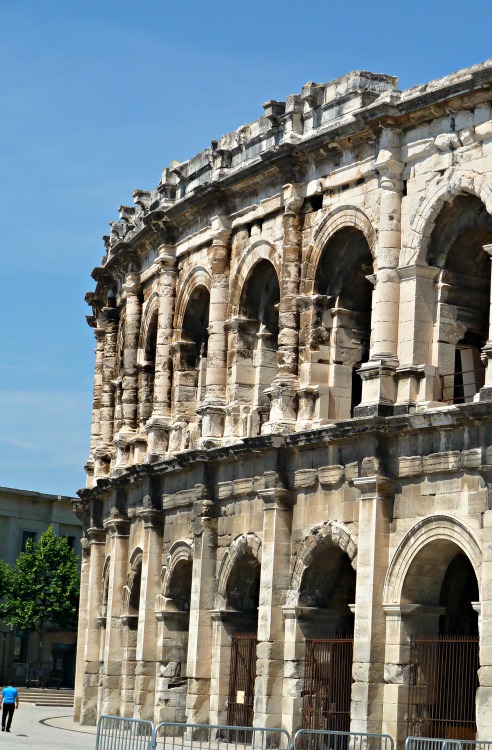 While the Colosseum in Rome (named after a colossal 30m high statue of Nero, now long gone) could seat 50,000 spectators enjoying the battles of gladiators, chariot racing and animal fighting, Nimes only ever seated 24,000 Gallo-Romans. 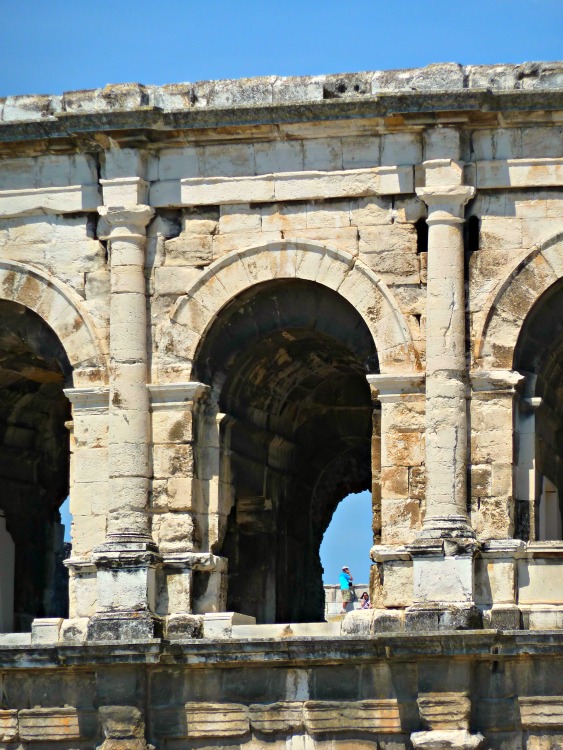 The enormous walls and series of arches are a structural design component to support the internal terraces. 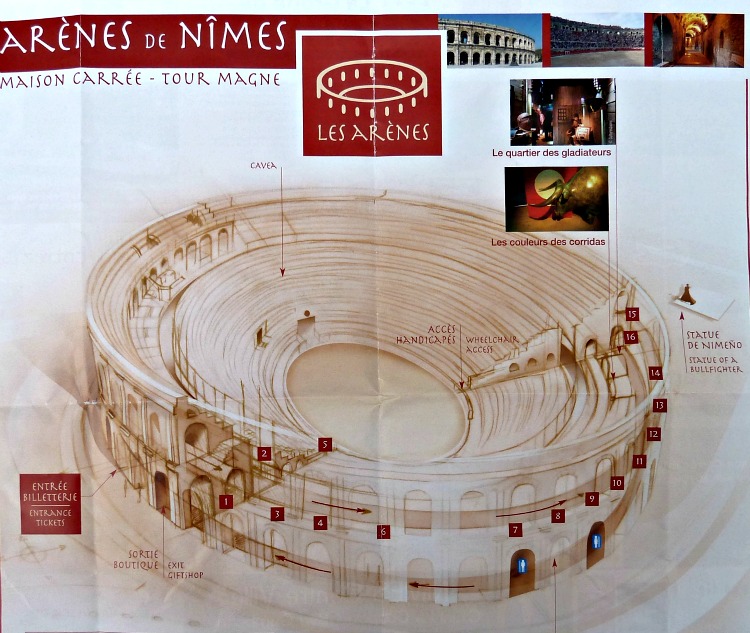 The term amphitheatre is derived from ancient Greek amphitheatron meaning ‘on both sides’ or ‘around’, the design first appearing in southern Italy in the second century BC. 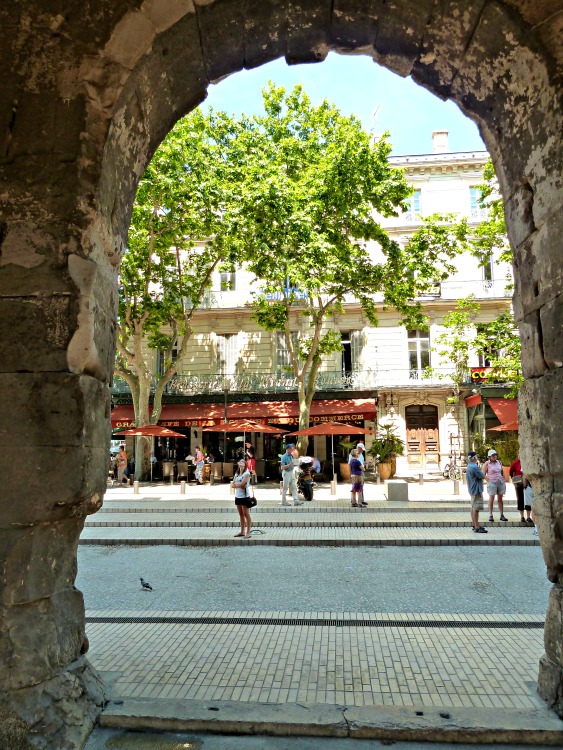 From the inside, looking back out of one of the 60 ground level arches…

and walking through the outer arches, looking up! 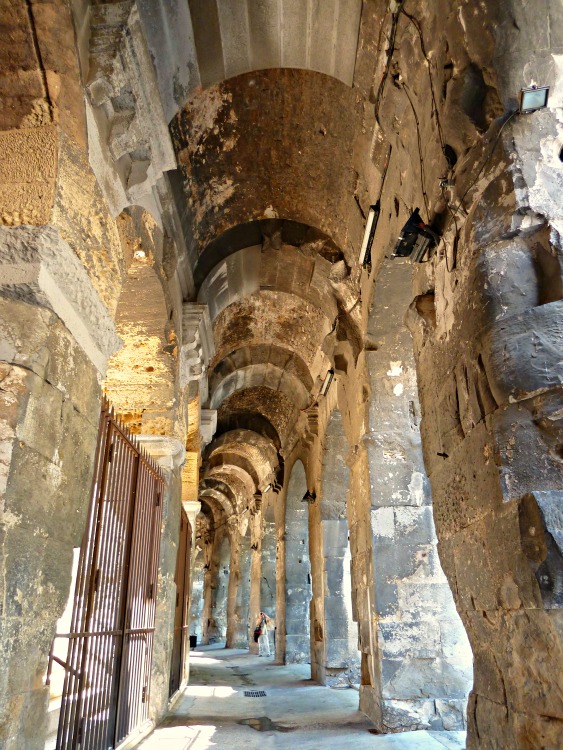 The original purpose of amphitheatres is gruesome.
The programme in these major public venues consisted of a venatio in the morning where wild (often imported exotic) animals were hunted and slain. Lions, elephants, bears and dogs were put in the ring to face their death at the hand of armed hunters.

Over lunch were the executions of criminals. This was done either by burning at the stake or ad beastias, where these humans were left to fight animals bare handed.

The afternoon program was between gladiators (swordsmen).

Each year in April there are re-enactments in the Nimes arena called the Great Roman Games (Les Grands Jeux Romains), which whilst glorifying these atrocities brings history to life, without the slaughter.

Not so at the bullfights (the corridas) which are still held here in May, during the six day festival Féria de Pentecôte, and in September during the three day Grape Harvest Féria. 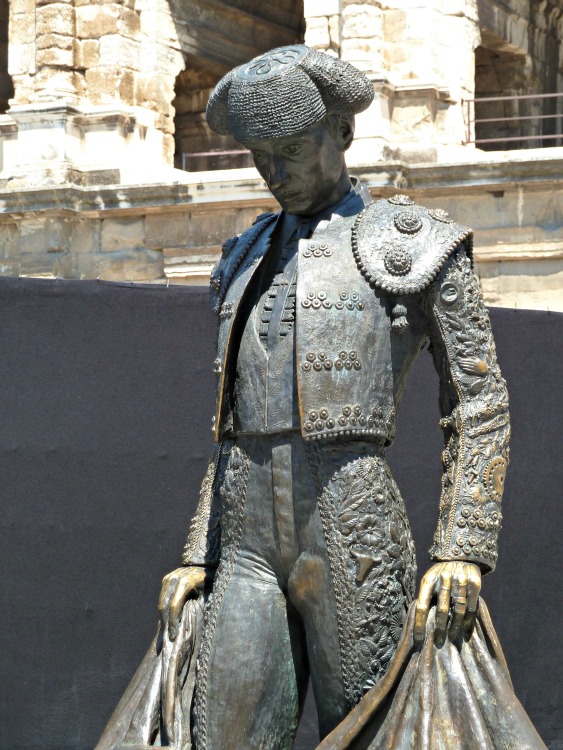 Some traditions no matter their artistry, or bravery do not belong in today’s society. 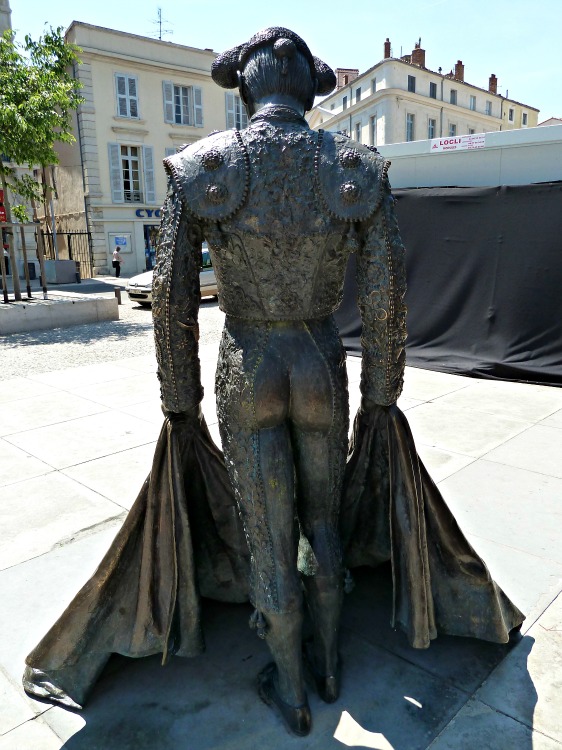 It’s a sport spectacle from a previous age that in my opinion we should see the back of.

The statue of the bullfighter (above) that stands outside the Nimes Arena is that of Christian Montcouquiol (“Nimeño II”). At the age of 35 he was hurled into the air by a bull named Pañolero from which Nimeño II was paralysed – After intense physiotherapy he regained movement of his legs and one arm, but two years later (1991) he committed suicide. 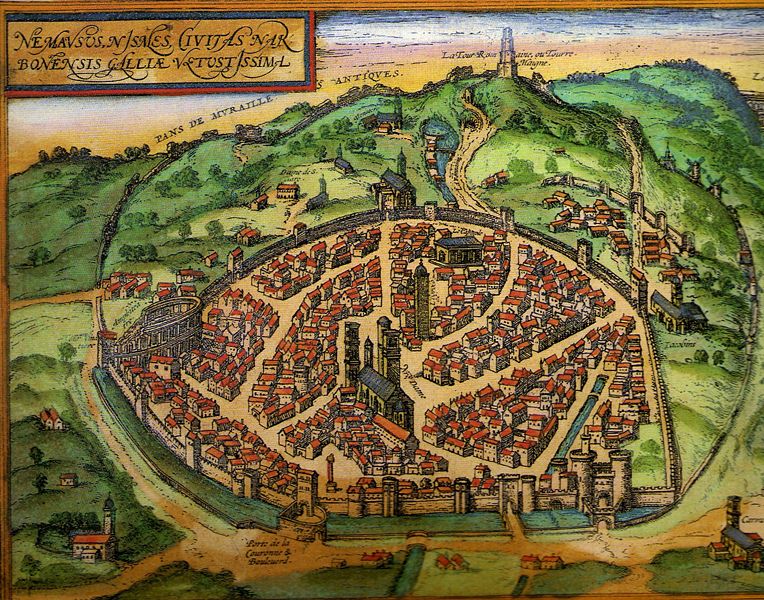 After the fall of the Roman Empire and the demise of gladiator sports in the 5th century,  the Nimes amphitheatre underwent several metamorphosis –
In the 6th century it became a fortified refuge to the Visigoths.
By the 12th century had become a village within the arched walls with its own chateau, two churches and by the end of the 18th century, 700 inhabitants.

In 1786 restoration of the amphitheatre back to its original appearance began. Buildings that had been added to the inside of the Roman structure were demolished and cleared out. And in 1813 it was proposed that the Arènes should be opened to the public when Baron Rolland, the Prefect of the Gard wrote:
“The public’s taste for bullfights is great in this region and nowhere else will you find a site as magnificent as the Arènes.”

Happily, it is not only bullfights that Les Arènes is used for today.

Elton John, Metallica, Stevie Wonder and Bob Dylan are a few of the musical talents who have performed here in recent years.

The Nimes amphitheatre is a remarkable 2,000 year old structure that has seen civilisations rise and fall – 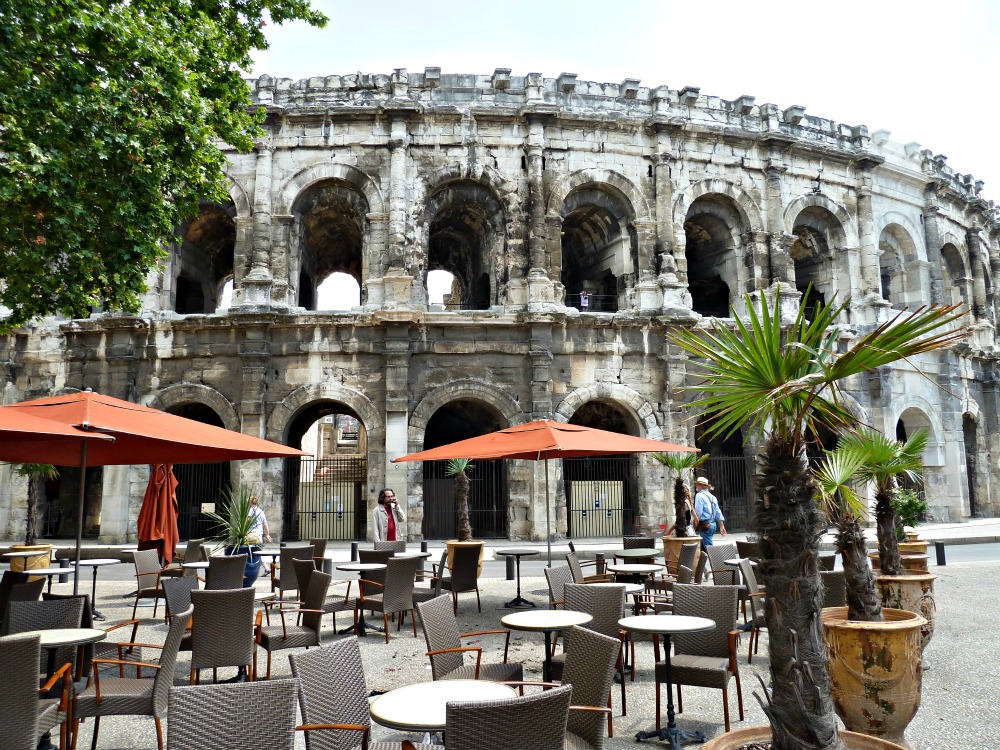 Today, you can sit outside at one of the street cafes enjoying a reflective beer, wine or coffee and soak up the 2,000 years of history the amphitheatre has witnessed passing its arches and the roars encased in its midst.

Whilst no one would want to see a bland global society devoid of cultural idiosyncrasies do you think regional traditions should over-ride animal welfare?

One thought on “Postcard from… the Amphitheatre in Nimes, France”