If you’d asked me this time last year

“What are your travel plans for next year?”

But the magic of travel highlights is their serendipity –

By way of example, I’d never have imagined a few years ago that at the eleventh hour, an opportunity to tick off one of my top bucket list wishes would arise – And that I’d finally get to set eyes on Uluru in the centre of Australia.

If you remain open to opportunity its amazing where you can end up!

So, while this adventure started off on the premise of a purposeful single visit to visit my Mum in Scotland – A series of peculiar events had me stopping over in Paris, which threw me off at a tangent and had me hurtling down to the south of France, when…
[Spoiler alert: I visited Scotland, Wales, England, Germany, Switzerland & Italy]

And then jumping aboard the TGV (Train à Grande Vitesse, meaning high-speed train) which reaches 320 km/h (200 mph) to shoot me across the French countryside down to the south of France, where my brother lives. 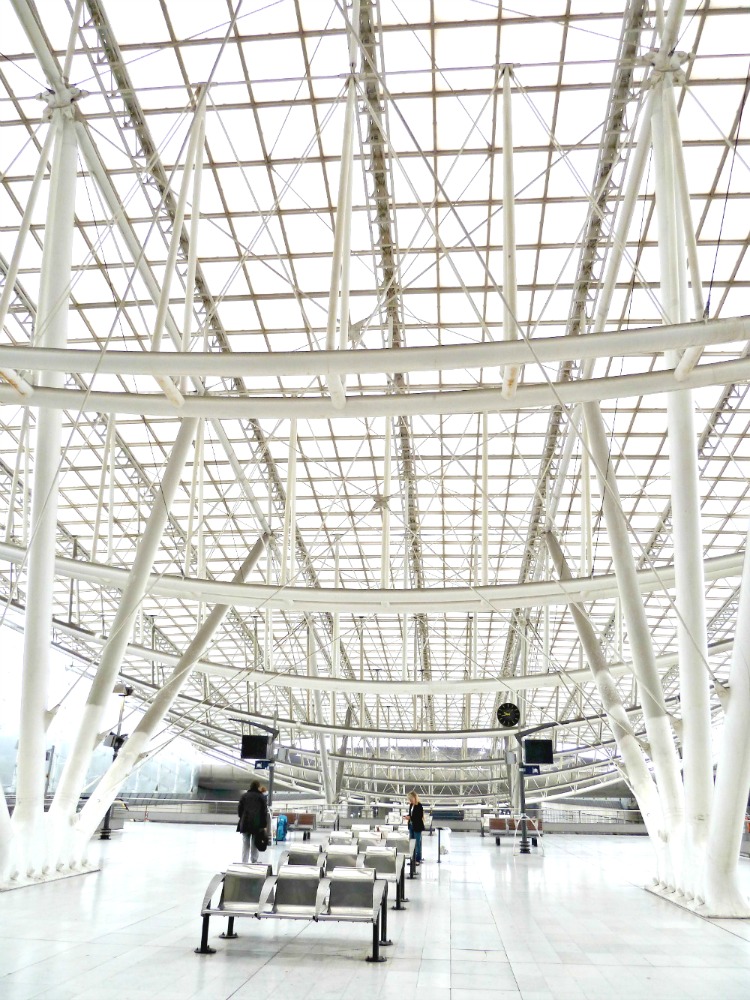 There were nights full of music and exclusive art gallery openings, making fascinating fresh acquaintances who invited us to their geranium filled patios where we savoured local French wines and drank in the Provencal drenched air. 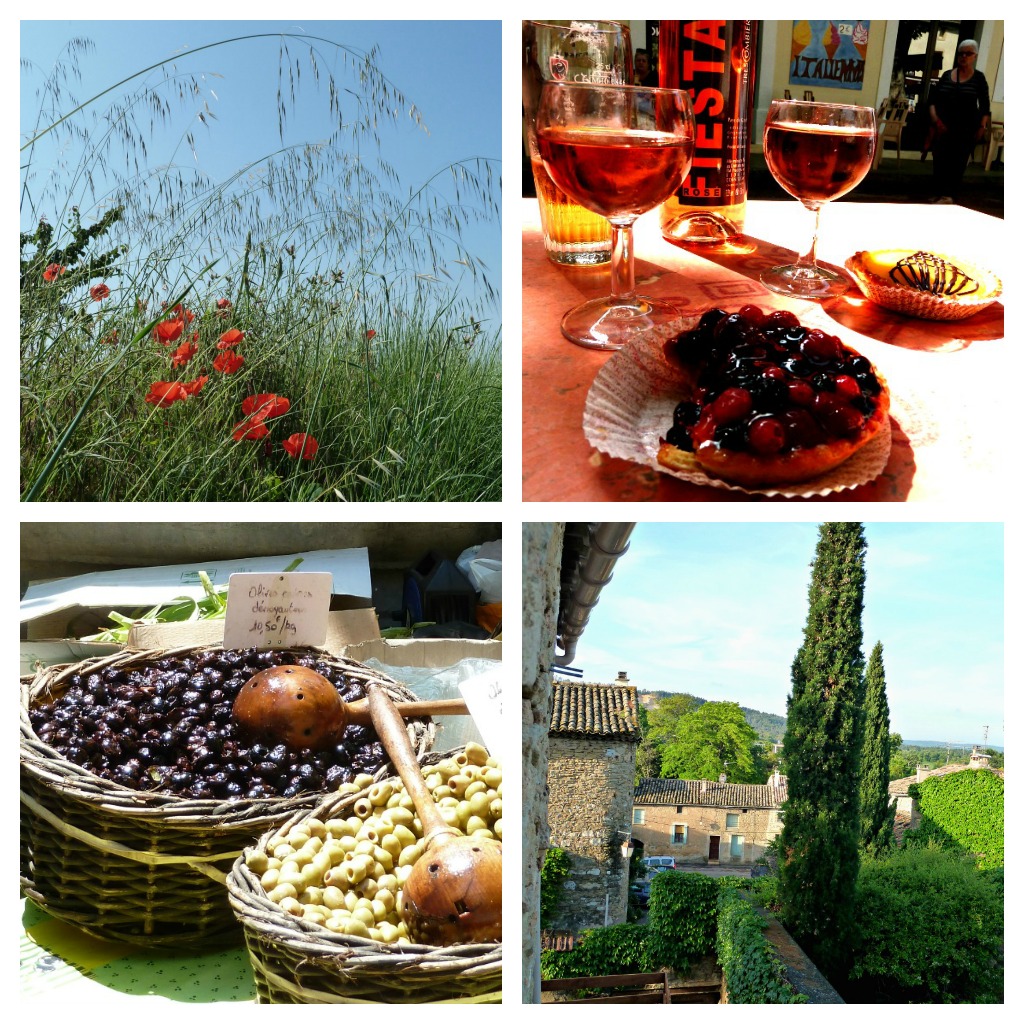 3. Roaming the Bonnie Hills of Scotland

Across Scotland’s rolling hills, rugged mountains, languid lochs and hushed harbours where my mother (in her late 80’s) and I went on intrepid en plein air expeditions scribbling in pen and ink and sloshing watercolour washes in our visual journals, endeavouring to capture the ambiance of the air.

The memories are way more impressive that our masterpieces. 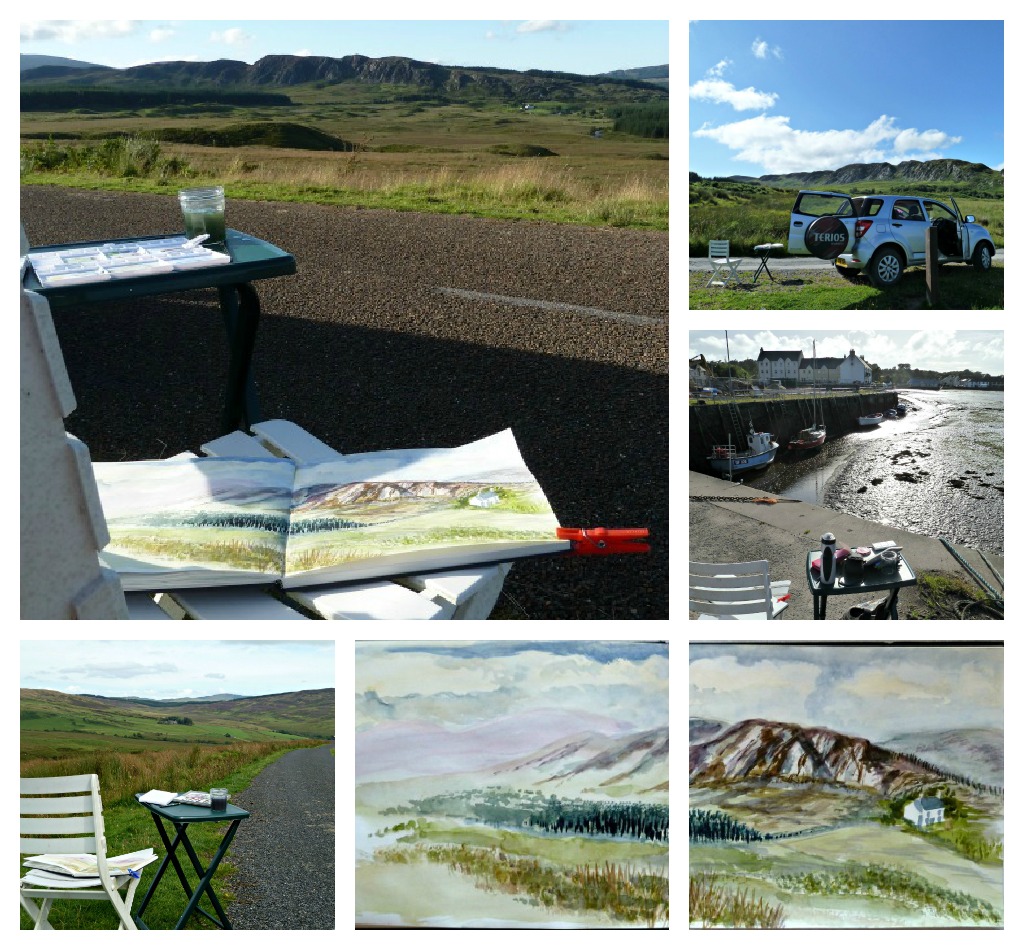 And the rapture of being alive while walking Tess (my mother’s exuberant collie dog), across the wind swept hills at Barclye, where the RSPB are re-planting 140 hectares with new woodland and creating 80 hectares of wood pasture.

Situated beside the Wood of Cree (the largest ancient deciduous wood in southern Scotland), it lies below the remains of the historical chambered tomb – Drumwhirn Cairn.

It is uplifting to be in a place that has a 200 year vision. 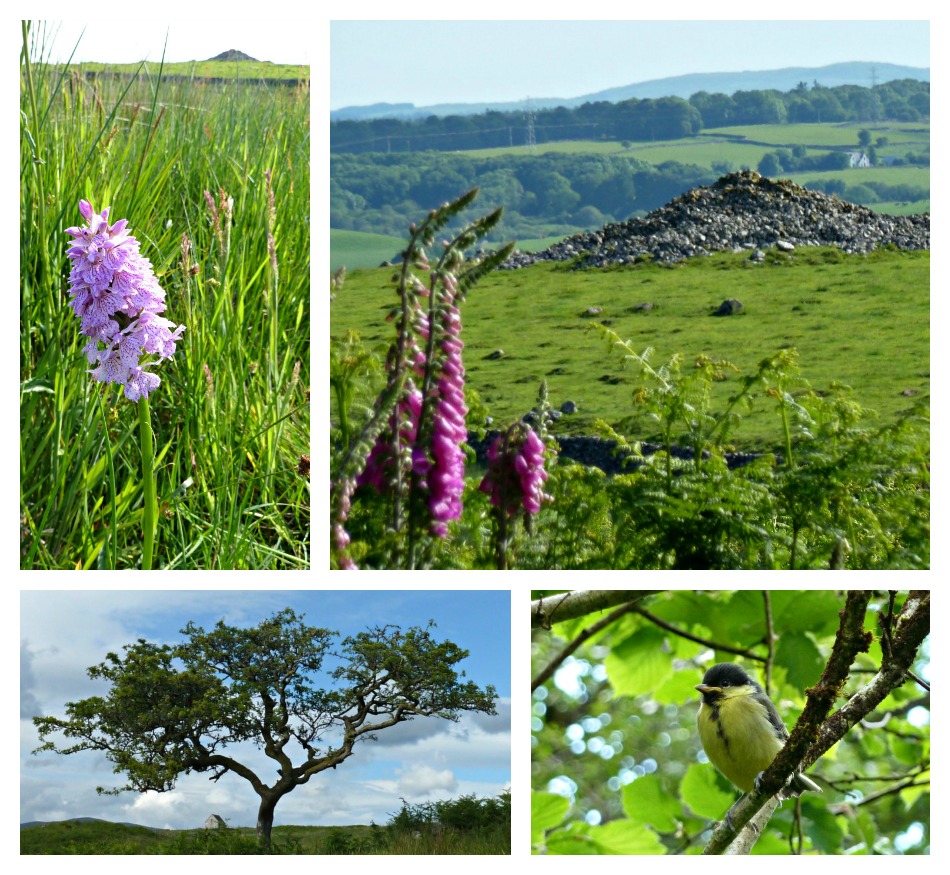 5. Imbuing the company of a 90 year old friend in north Wales

We took in the history of a 13th century Castle in Harlech and the beautiful windswept Bay across to Snowdon (Wales’ highest mountain); went on outings to the local auction room to strike deals on antiques, and in front of her roaring open fire enjoyed afternoon teas of freshly baked scones and home-made fruit cake. 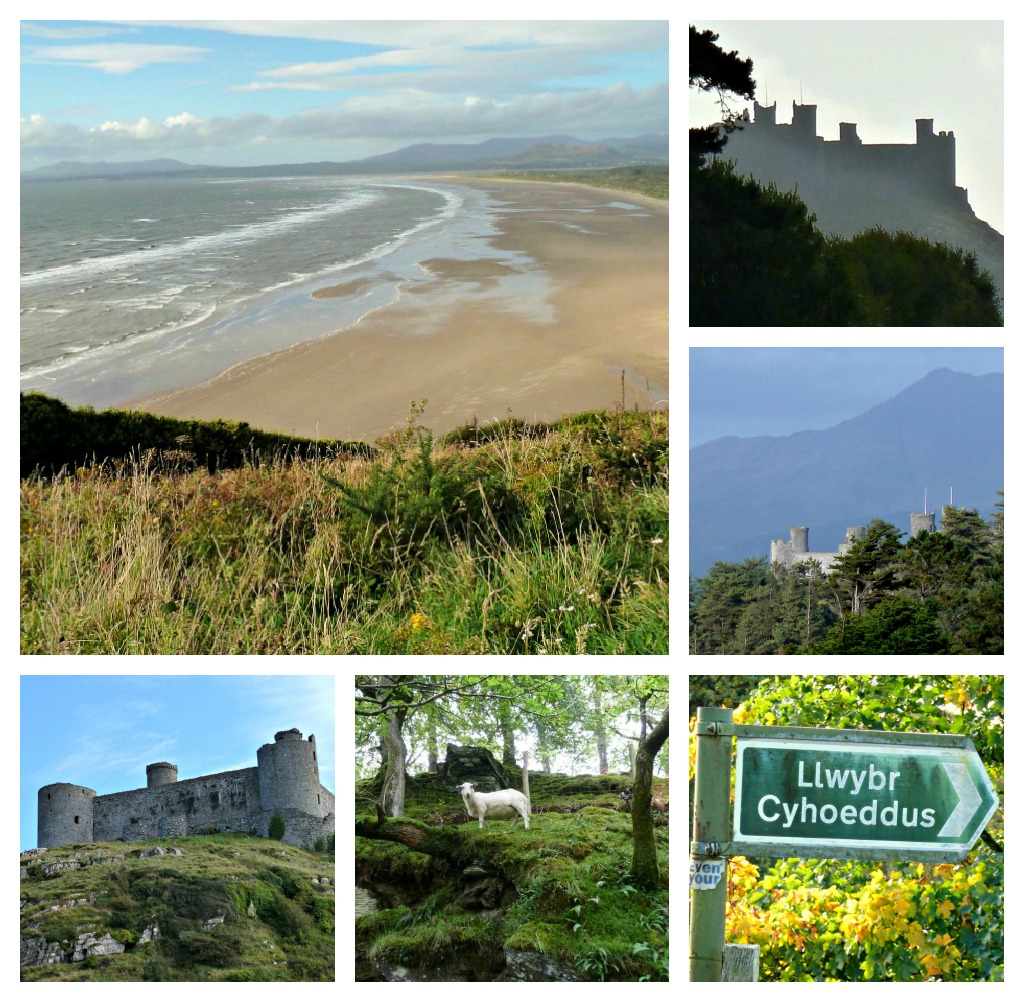 When my old friend Jenny then suggested I visit her in SW England giving me directions via her ‘short-cut’.

I arrived wilted in Wiltshire hours (and hours) later with a first hand insight of:
G.K.Chesterton’s poem ‘The Rolling English Road’.

Before the Roman came to Rye or out to Severn strode,
The rolling English drunkard made the rolling English road.
A reeling road, a rolling road, that rambles round the shire,
And after him the parson ran, the sexton and the squire;
A merry road, a mazy road, and such as we did tread
The night we went to Birmingham by way of Beachy Head. 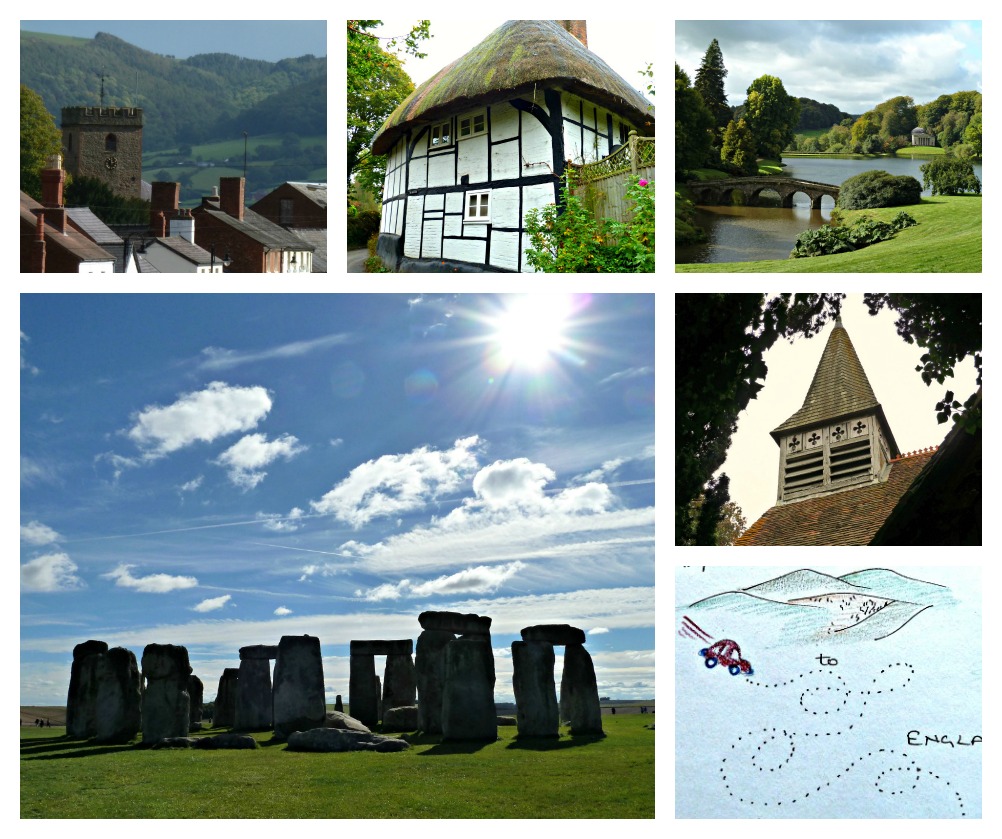 7. Beer sampling at the Hofbrauhaus in Munich, Germany

When my sister suggested we take off an escapade to Europe!

We flew to Munich, Germany, where we had a night at the infamous Hofbrauhaus sampling tankards of malty beer, watching men in lederhosen slap their knees and crack whips, while girls in bodiced costumes with full skirts swirling, twirled like whirling dervishes. 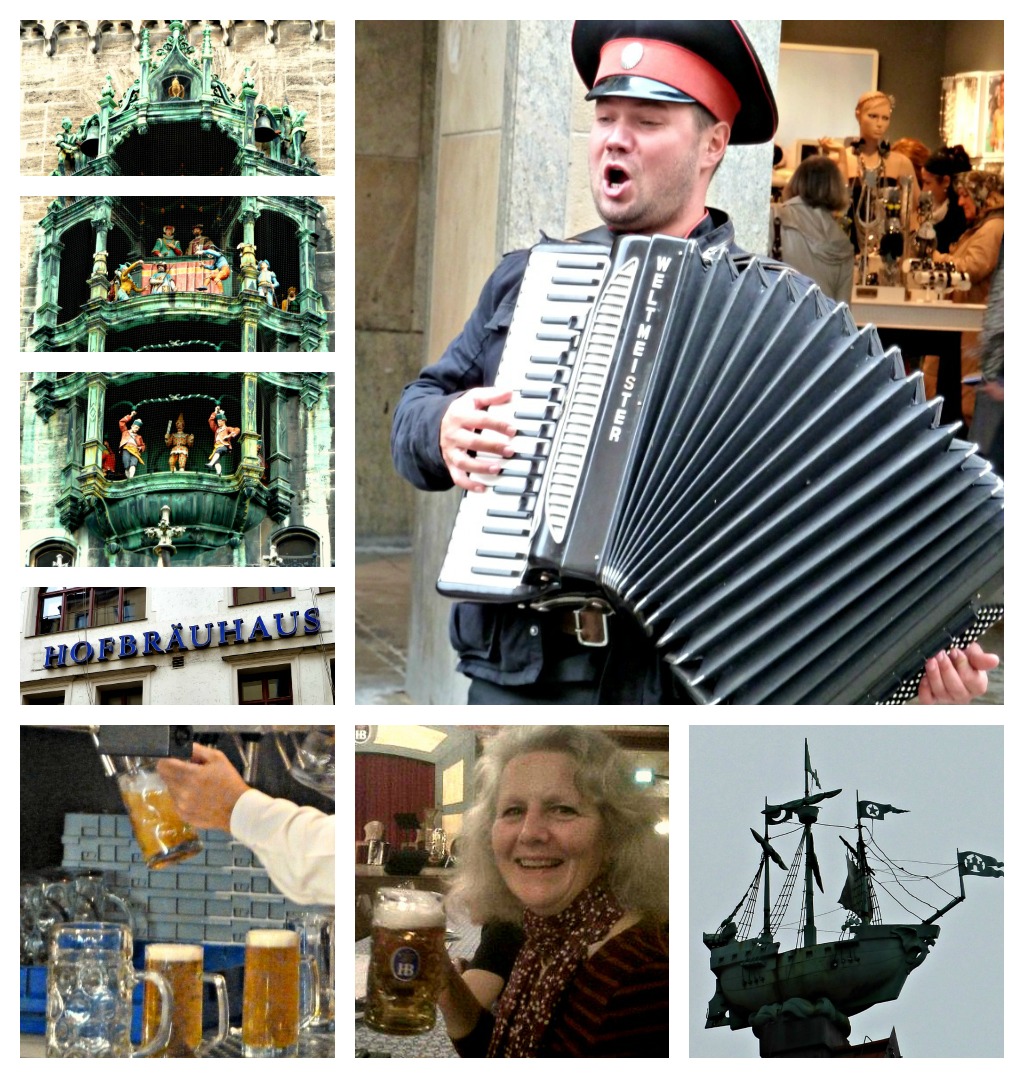 8. The Magnificent Mountains of Switzerland

When…
My son (who’d been working as a tour guide in Europe for the summer) said he was going to Switzerland, with his girlfriend, so we all headed to Switzerland.

With Swiss passes for the trains in the Jungfrau region, we train and cable car hopped up and down the mountainous valleys (with miles of marvellous walking in between). 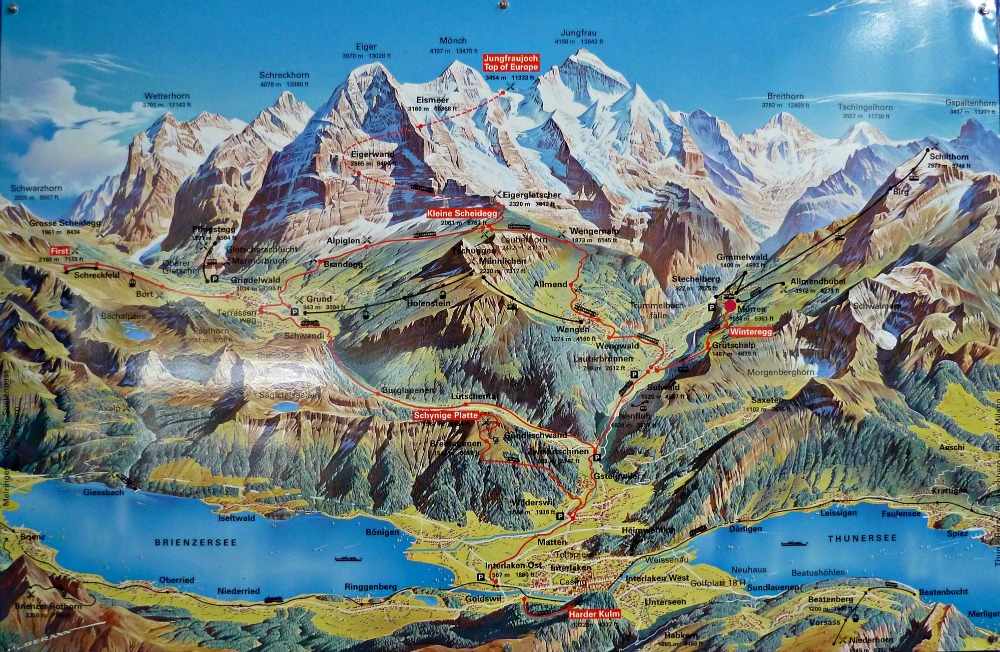 From Interlaken, at the bottom of the map in between the two lakes, we took the train up the right hand valley to Lauterbrunnen where we stayed in a cute wooden cabin at  the base of Staubbachfall, one of the 72 waterfalls that pour down the sheer sides of the valley walls.

Lauterbrunnen was the inspiration for Tolkein’s Rivendell, home of the Hobbits. 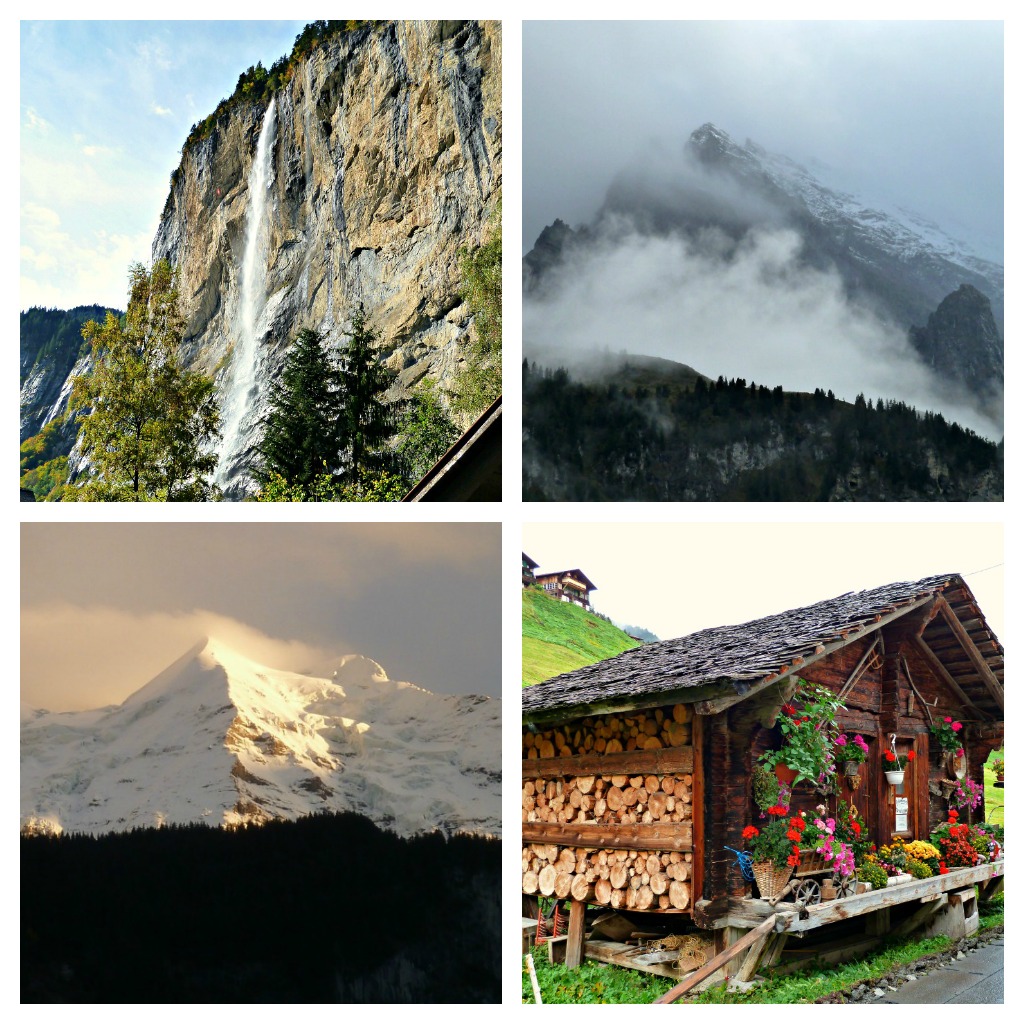 The train ride up to Kleine Scheidegg, below the north face of the Eiger and down into Grindelwald was simply breathtaking – As was the cable car ride up to First –

Which, as luck would have it, we did on my sister’s birthday. 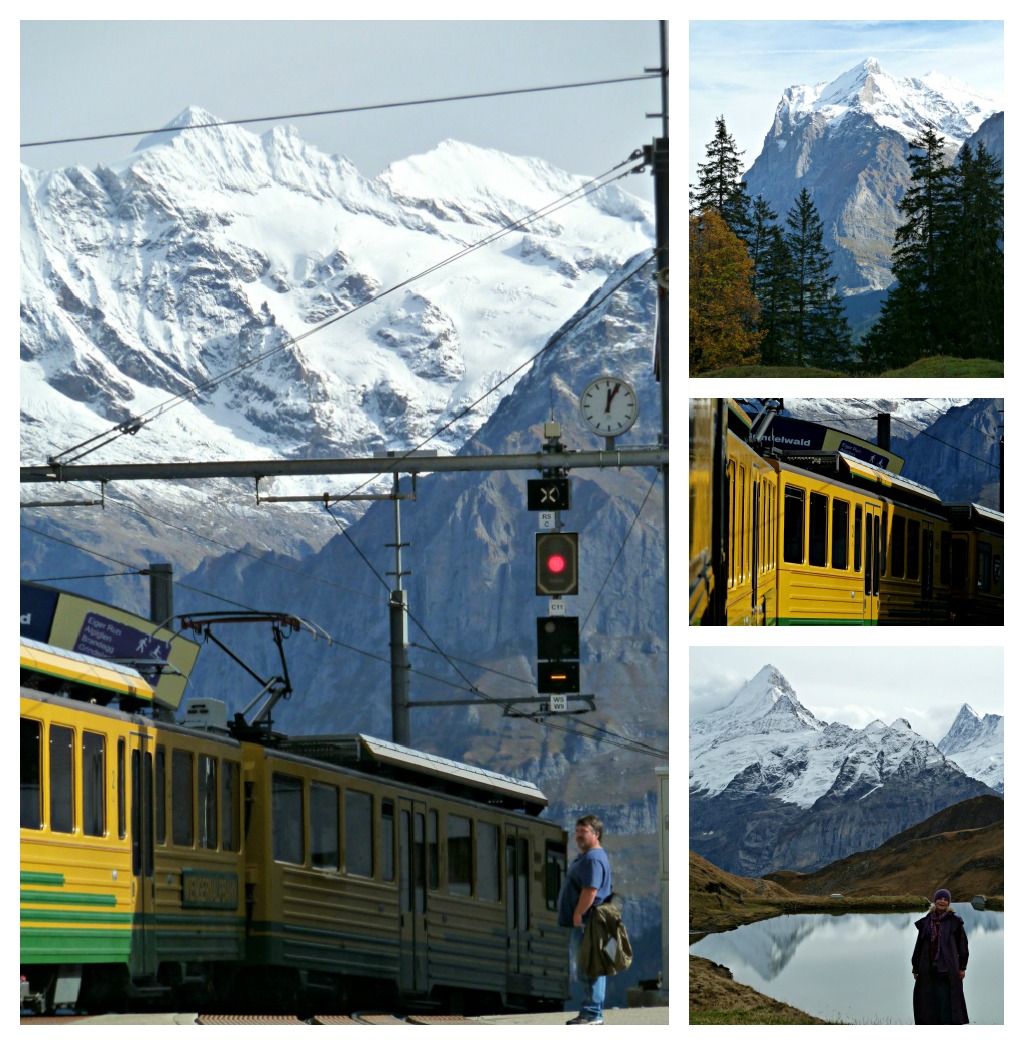 And then…
we made the trek to the Top of Europe on the Jungfraujoch railway.

At 3,571m/11,782feet it is the highest altitude railway station in Europe.
From here you can see France, Germany and Italy, whilst looking down onto the UNESCO World Heritage Aletsch Glacier – the longest in the Alps!

It took 16 years of construction to make the 9.3km of line, which involved 7km of tunnelling through the inside the Eiger – Finally opening in 1912.
It was from one of the tunnel’s gallery openings that the Eiger North Wall drama in 1936 was played out when rescuers tried, in vain, to save mountaineer Toni Kurz, after his mountaineering companions had already died in their attempt to conquer the peak. 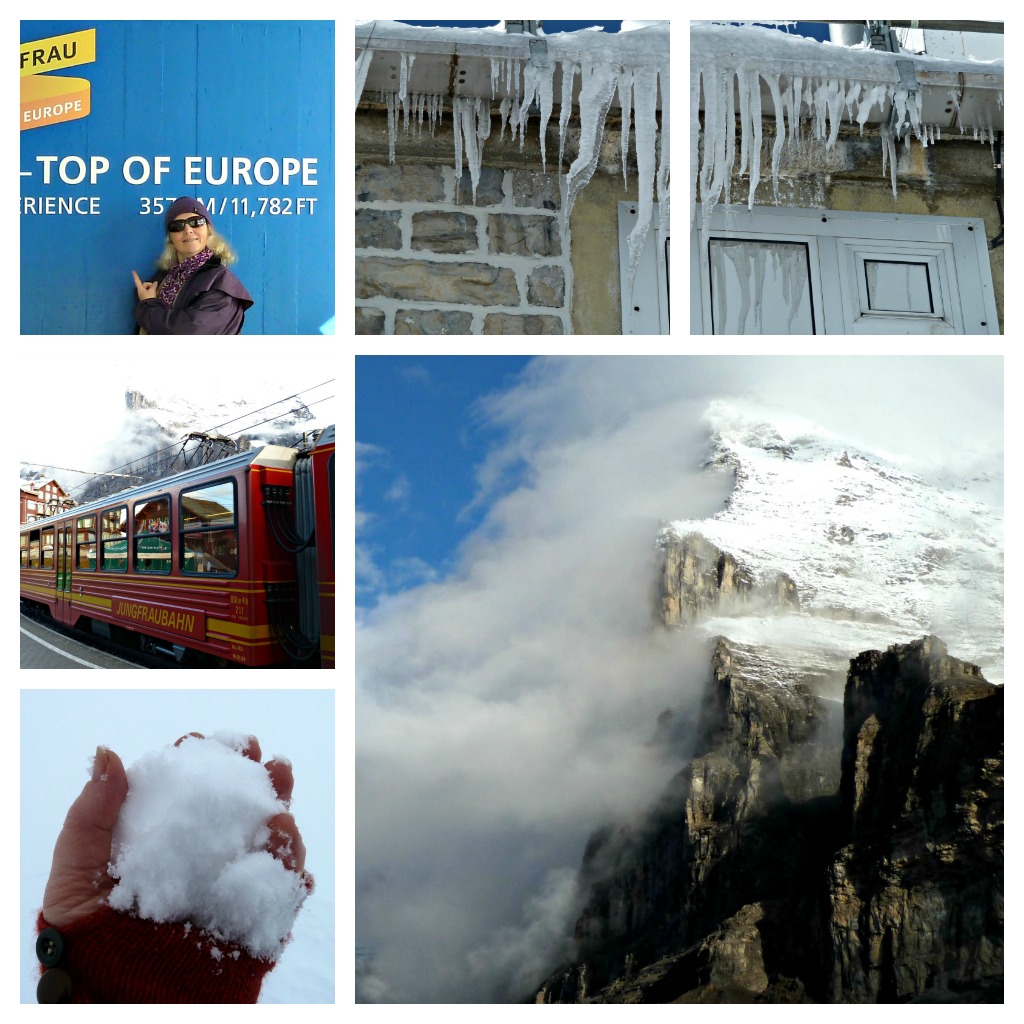 So…
It seemed only logical when so “close” to a bucket list destination that we hop over the Alps and tick off Venice!

Not to mention the opportunity of catching up with Twitter friend Michela, of @rockytravel who I’d met and taken on a rainforest adventure when she was in Australia the previous year ~ A traveller’s tweet-up in the rainforest.

So we travelled by train through stunning Swiss countryside, catching a bus from Lugano across the border into Italy and down to Lake Como where we spent a night at a charming pension in Menaggio situated above a family run restaurant.

And the next morning we took the ferry across the Lake to Verrena, picking up the train again on the other side…
And so it was, we entered Venice.

It was everything I’d imagined 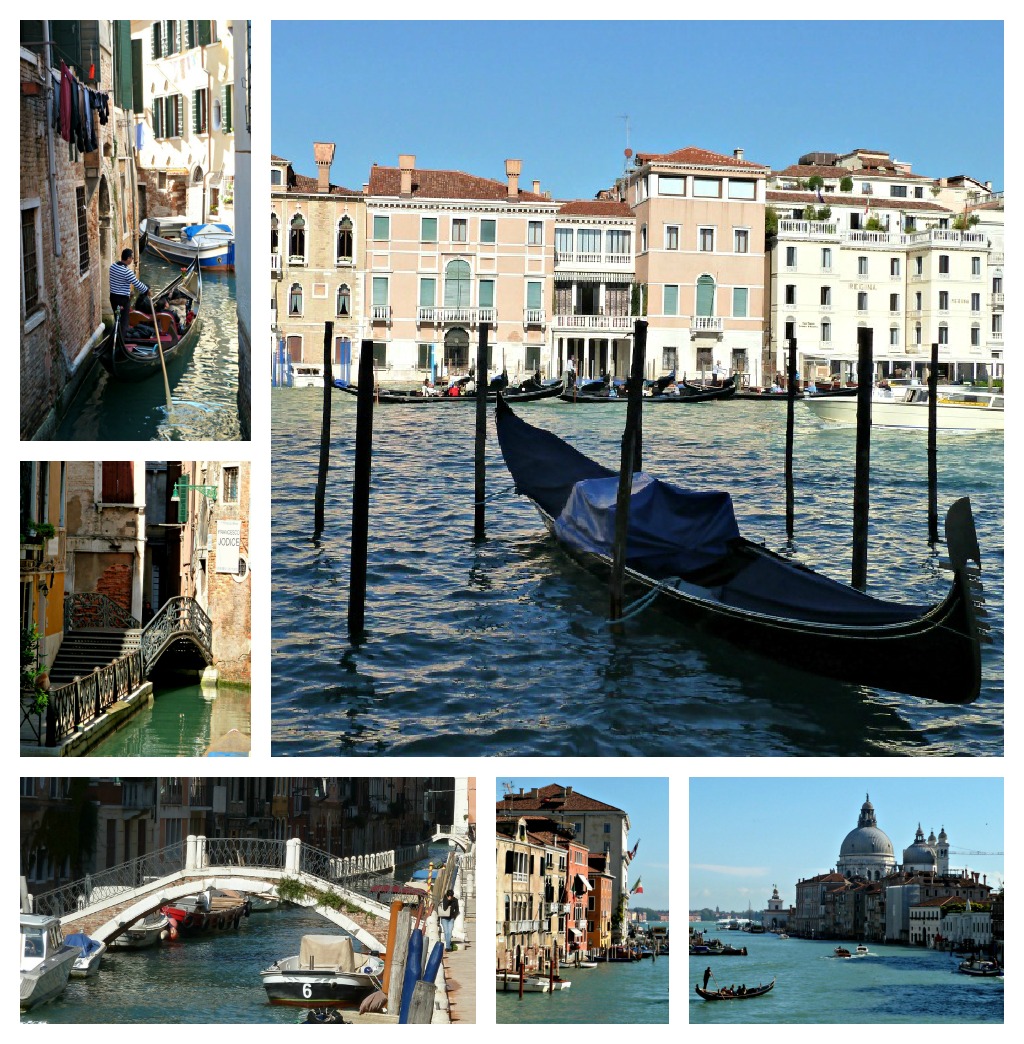 When…
Millie, my friend from years ago when we met travelling overland from Australia, across SE Asia and the Middle East to Europe, said but you’re so close, you must come and stay awhile with me at Lake Garda.

So we stayed with Millie at Portese and ate freshly made pasta with fish caught from the Lake; enjoyed apperativos in the sun, and explored the Vittoriale Delgli Italiani.

On our last day we took the ferry right up the Lake to Malcesine, where it was market day, so we snapped up Italian leather bags and coloured scarves (which we later swapped with each other!). 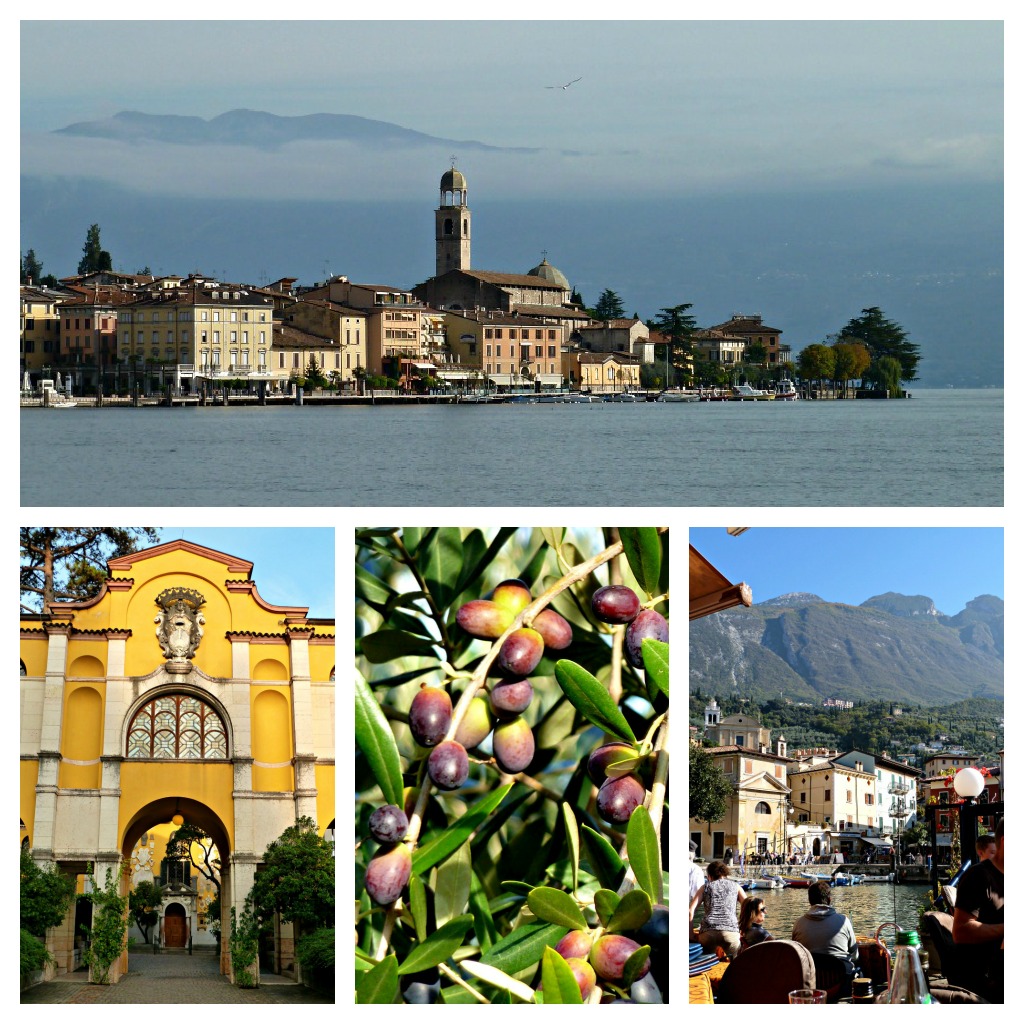 12. Flying over the Alps 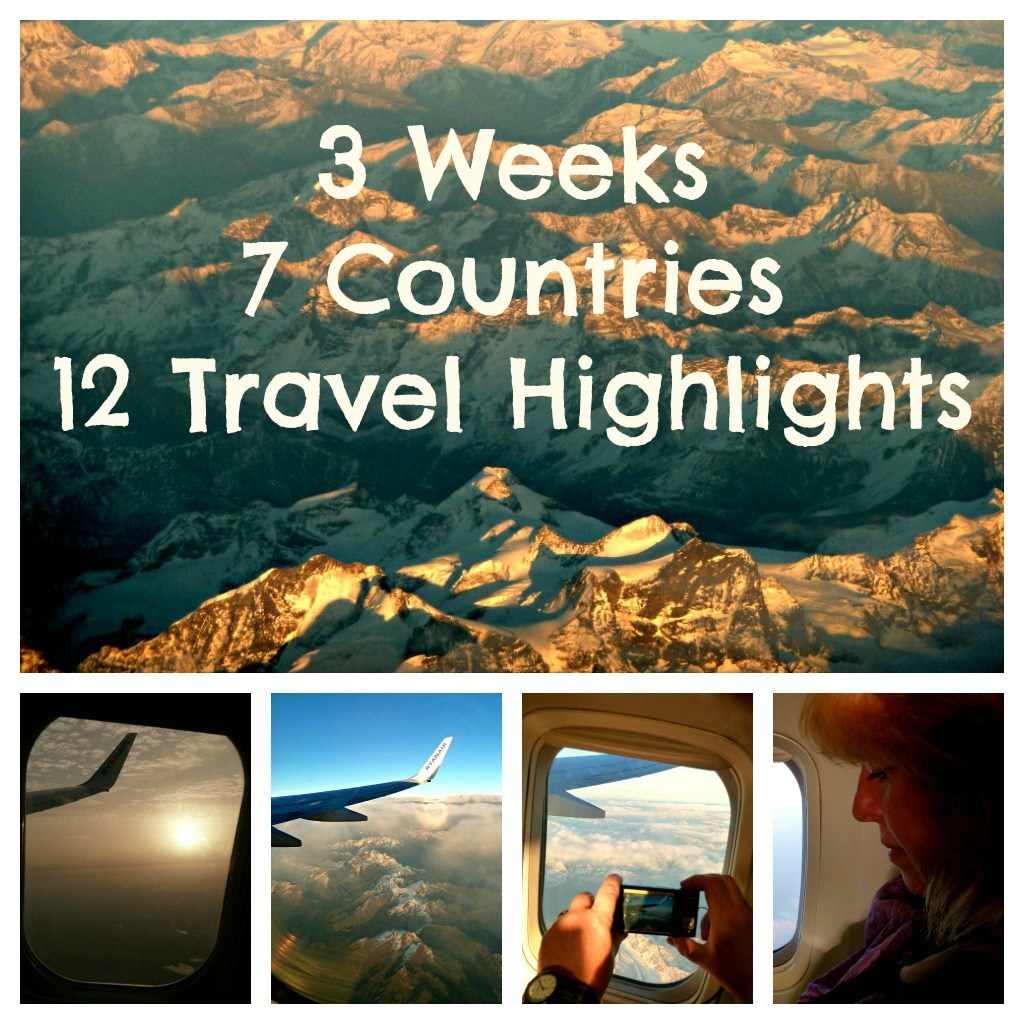 Check out the pictures from my Storyboard Travel Journal that I kept on this trip.

Where to this year?

Do you have plans?
Where will they take you? 😉

7 thoughts on “12 Travel Highlights from 7 Countries”