On Friday of last week (Aug 2010) I flew from Brisbane to Melbourne for the day to be presented, by the Victorian Minister for Small Business the Honourable Joe Helper MP, with a certificate honouring Journey Jottings being a finalist in the Australian Home Based Business Awards this year.

The Exhibition Centre is next to the Maritime Museum so after the presentation I came out into the evening air and walked down to the recently restored three-masted iron barque Polly Woodside. 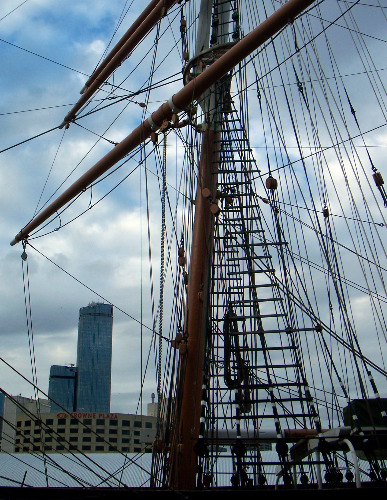 The old, seen below, reflected in the new Convention Centre. 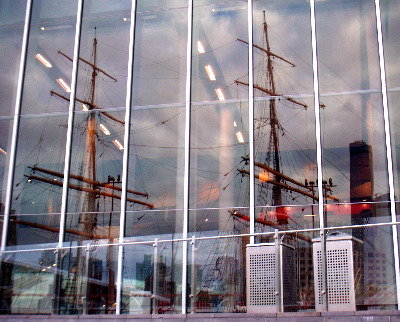 Seeing Polly Woodside made me think of ‘our friend’ A.Whelen who sailed into Melbourne from London aboard the iron clipper Hesperides  in 1878 ~

At the end of last year I reproduced each day (on the exact day that they had occurred 131 years earlier) extracts from A.Whelan’s journal, written in 1878. For a summary of the trip I selected 10 journal entries, which can be read here, or for all 97 entries (he was at sea for 93 days) click here 🙂

I then walked across the pedestrian Seafarers Bridge to the Docklands. 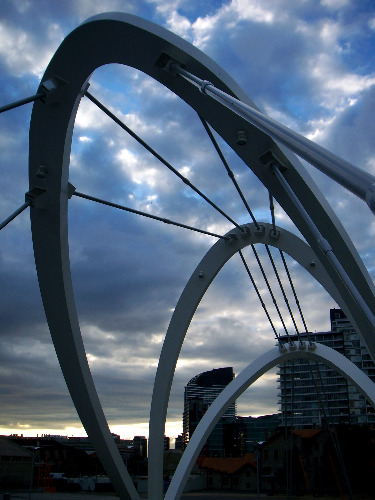 Where the maritime theme continued… 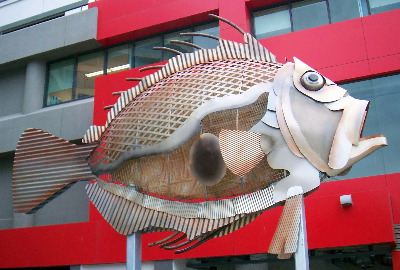 …down this laneway to another ~ 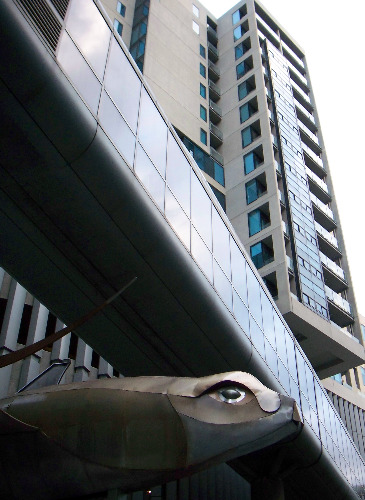 I was then treated to a beautiful sunset… 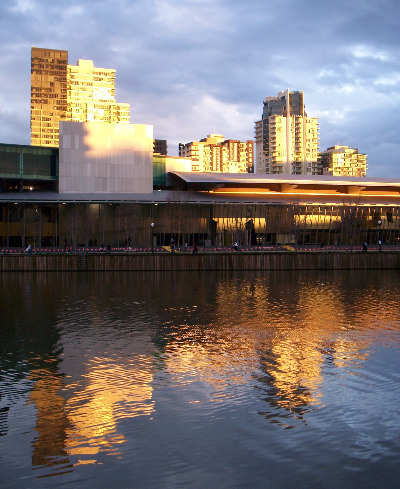 as I looked back across the Yarra River 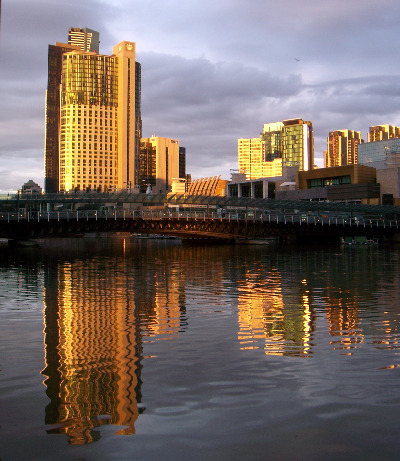 and down to the city over Spencer Street Bridge 🙂

All photos taken by Linda Fairbairn