Looking out for the first land we shall sight since we saw the Isle of Wight.

Fine morning with the exception of a shower of rain for a short time. At 12 we had 50 miles to go to get to Cape Otway. The first mate & captain were on the lookout for land all the afternoon & I made several voyages to the masthead to look out for it, but it was first seen by the first mate although after it was sighted I could see by the outline that I had seen it from the mast about three quarters of an hour before only I thought that they would laugh at me if I cried out land ahead. The first that was clearly seen of it was at 4.30 & glad we were of it I can tell you. We kept in sight of the land & all the sheep & fields etc all the night which we could see very well by the lights on the shore.

The first land that we sighted was Moonlight Head. 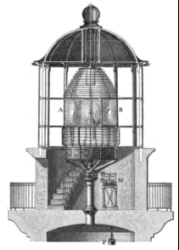 which was extraordinarily brilliant. We were not in time for a pilot there so we went on very slowly till 2.30am when we hove to till a pilot came on board. Most of the sails are taken in so we can only do very little during the night & we shall be at the entrance of Port Philip Bay by the morning. 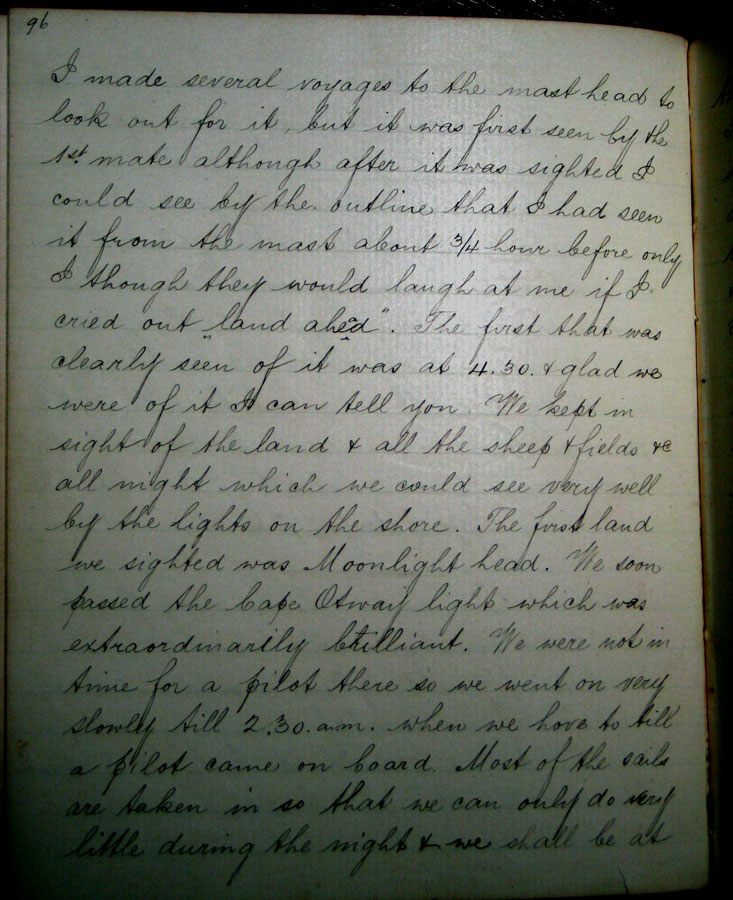 The sea is still very rough

& having so few sails up makes us roll fearfully.

We had a good many pulls at the ropes this evening to which they sang Whiskey for his Johnny & Poor Old Man etc. During the afternoon Joey was amusing himself by making earthquake & apple pie beds, sewing up nightshirts etc which of course he will be punished tonight.

A.Whelen kept this hand written journal when he left England for Australia is 1878 and sailed aboard the iron clipper “Hesperides” for his new life in Australia