I feel bruised.
Bruised from being buffeted by world events.
Events that have stripped away all sense of liberty and freedom.
This global pandemic – Coronavirus (COVID-19) – has stopped the world as we knew it and the lives we were living –

It’s pulled me back from a year of mapped out travel plans.
It’s pushed me into a life of staying put.
A life akin to being institutionalised where I am told what, when and how I should work, play and exercise. 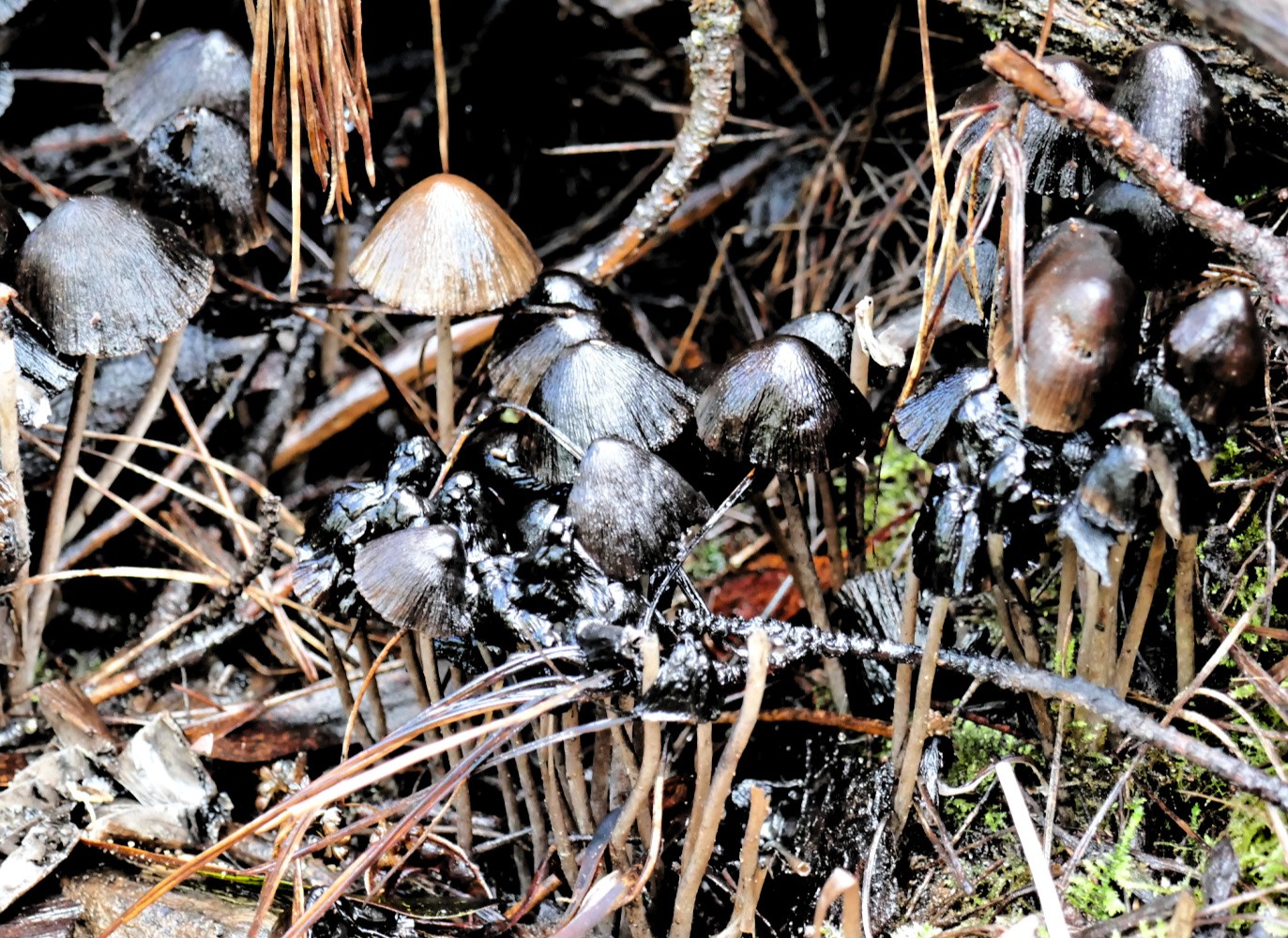 My mind’s eye perception of Coronavirus

I feel concerned –
Has this now become my new norm?
Will I ever be able to think for myself again after weeks (or is that months) of following instructions?
Doing what I am told – #stayathome #lockdown #selfisolation
Days of feeling there’s no point to ever coming up with another plan again, when the powers that be can (rightly in this scenario) impose draconian restrictions to my every move and put a hold on what was my freewill.

Where all Plans get Stymied

In January 2020 we gave up our home of 10 years on an island in the Bay off Brisbane, Queensland.
Put the culled remnants from this previous life into storage and ventured forth.

February was spent house-sitting in Tasmania, which flowed on into a road trip exploring the high-roads and by-roads of Australia’s southern Apple Isle. 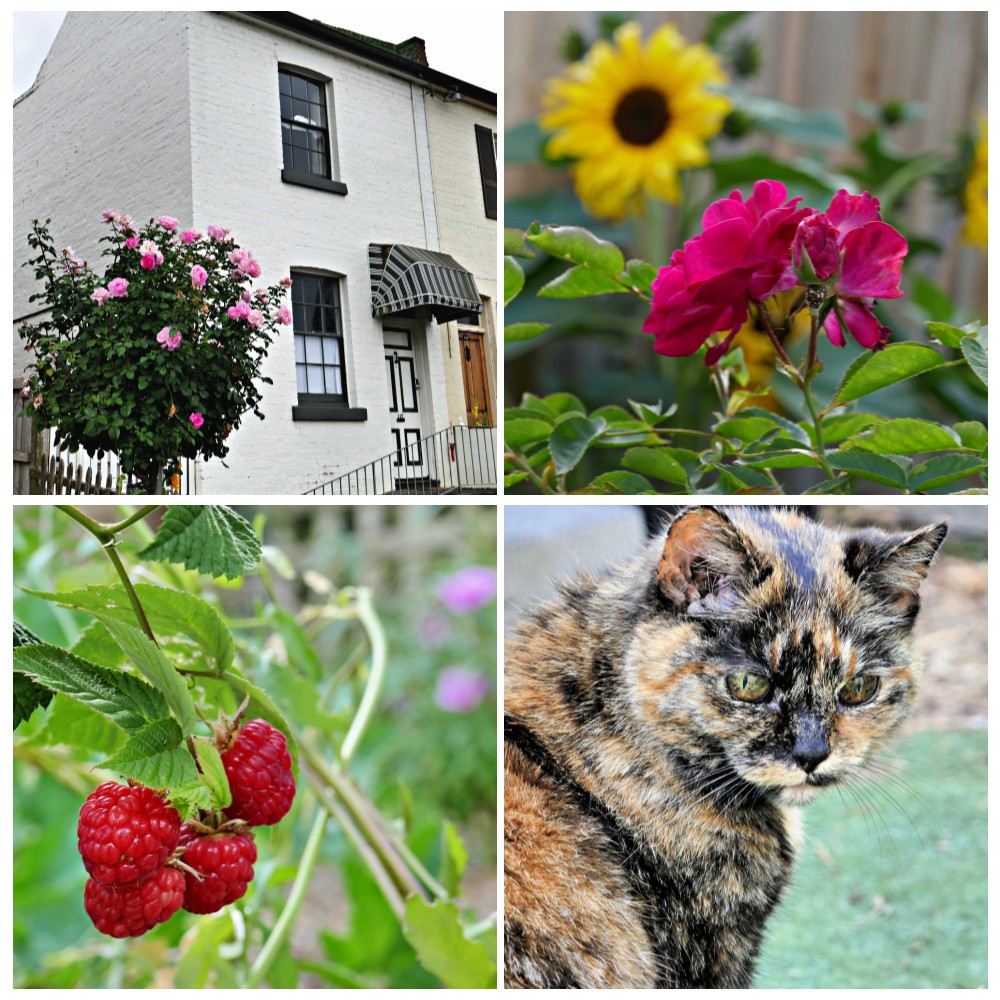 We had planned on heading over to Europe in May for the northern hemisphere summer to stay with my 94 year old mother in Scotland and visit family in France.

But ahead of that, in late March, we were to fly back to Queensland for 6 weeks to house-sit for Megan.
Megan, has worked with me at Journey Jottings for 8 years.
She had spent months dreaming, researching and planning a 6 week round-the-world trip of a lifetime and we had agreed that during her absence I would care for her puss-cats and pooch and of course – the Journey Jottings business –
But on March 13th she called me –
Heartbroken, she’d had to cancel her longed for adventure due to start the following week as attractions worldwide closed, airlines became grounded and within the week (20th March) the Australian borders were closed to non-residents and non-citizens.

So we cancelled our flights from Hobart to Brisbane.
And did what we normally did when Murphy threw a spanner in the works, we started working on an alternative plan –
How about we still go up, and she take a ‘consolation’ holiday closer to home?

So Megan booked an apartment just over the border in northern NSW and I booked two fresh flights for the following week.

But within days, the individual Australian States and Territories proclaimed they too were going to close their borders to each other – meaning unless you were an ‘essential’ service, upon crossing a border, you’d need to do 14 days self isolation.
With us coming interstate from Tasmania and they going interstate to NSW –
We both cancelled… again –

In a matter of weeks, our clear cut Plan A to go house sitting in Queensland, had been thwarted and converted into Plan B.
Plan B got hit on the head when some States started to announce border closures.
Plan C – our long-term plan to spend the summer on the European continent with family was quashed as International planes were grounded –

Everyone was told to “Go Home” and #StayHome –

But where do you go if you don’t have a home?

Hunkering Down when you’re Homeless

The Premier of Tasmania talked of ‘Fortress Tasmania’ and the necessity to pull up the drawbridge to keep Coronavirus at bay.
All tourists and travellers were told to go back to where they’d come from –

Not only did we not have a ‘home’ to go back to, but having come to Tasmania with the plan (dare I use that word again?) to tour for a few summer months we’d only come with a tent!
It was evident we weren’t going to be going anywhere any time soon…
And with the southern hemisphere winter approaching –
Plan D was called for!

We bought a caravan. 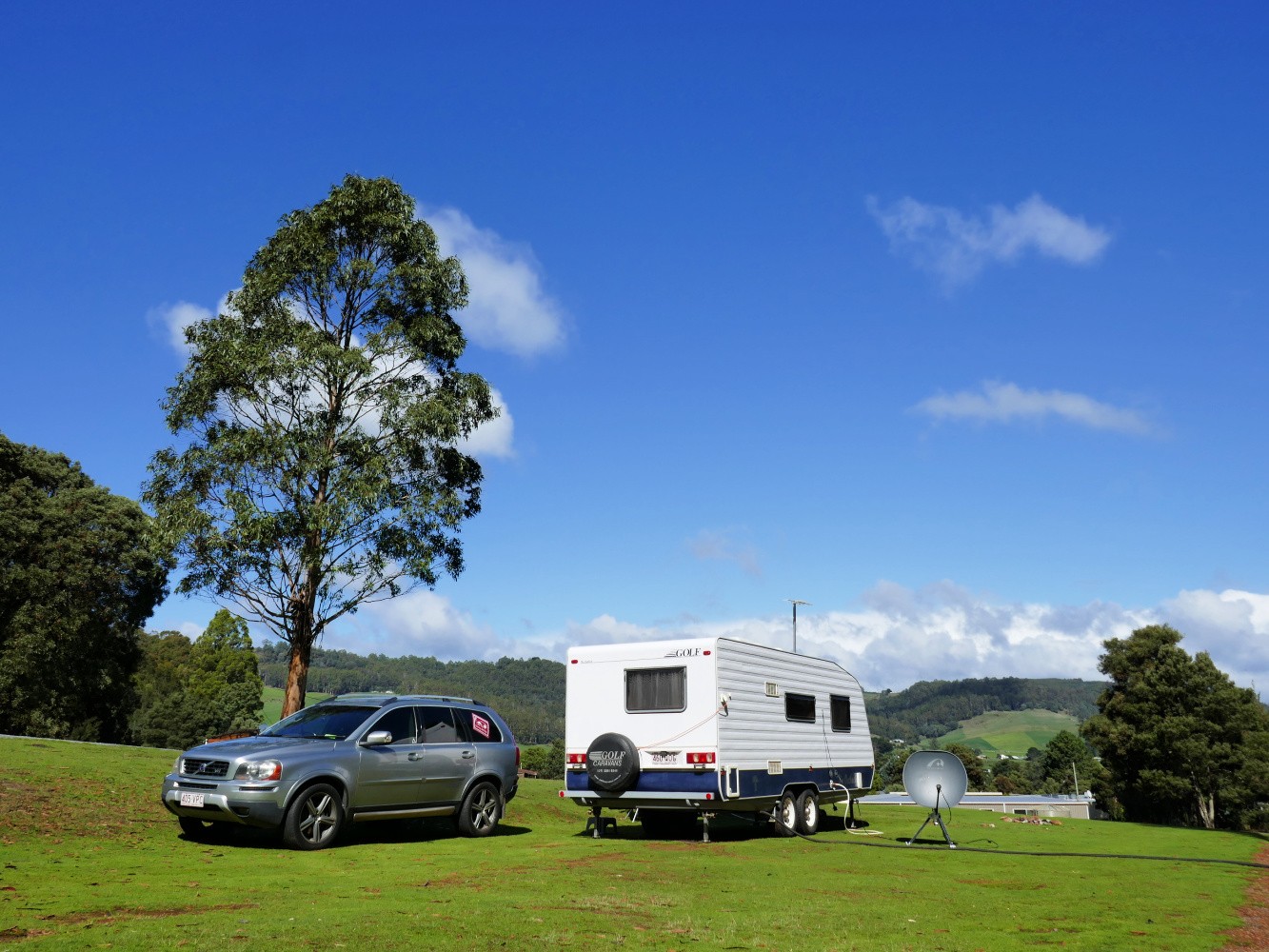 Our home away from home, hunkering down in NW Tasmania during COVID-19

As inter-state visitors sailed back across Bass Strait to the mainland, Caravan Parks across Tasmania’s island State emptied and a new COVID-19 law was implemented that stated no new bookings could be accepted –
Other than at Police Registered Parks where those of no fixed abode could be rounded up, accounted for and enforced to stay put.

There was an official on-line list where we located Wings Wildlife Park situated in a stunning green valley in NW Tasmania –
Here, apart from one RV and one camper-van, we were the only caravan on site during the lockdown –

These were our neighbours 😉 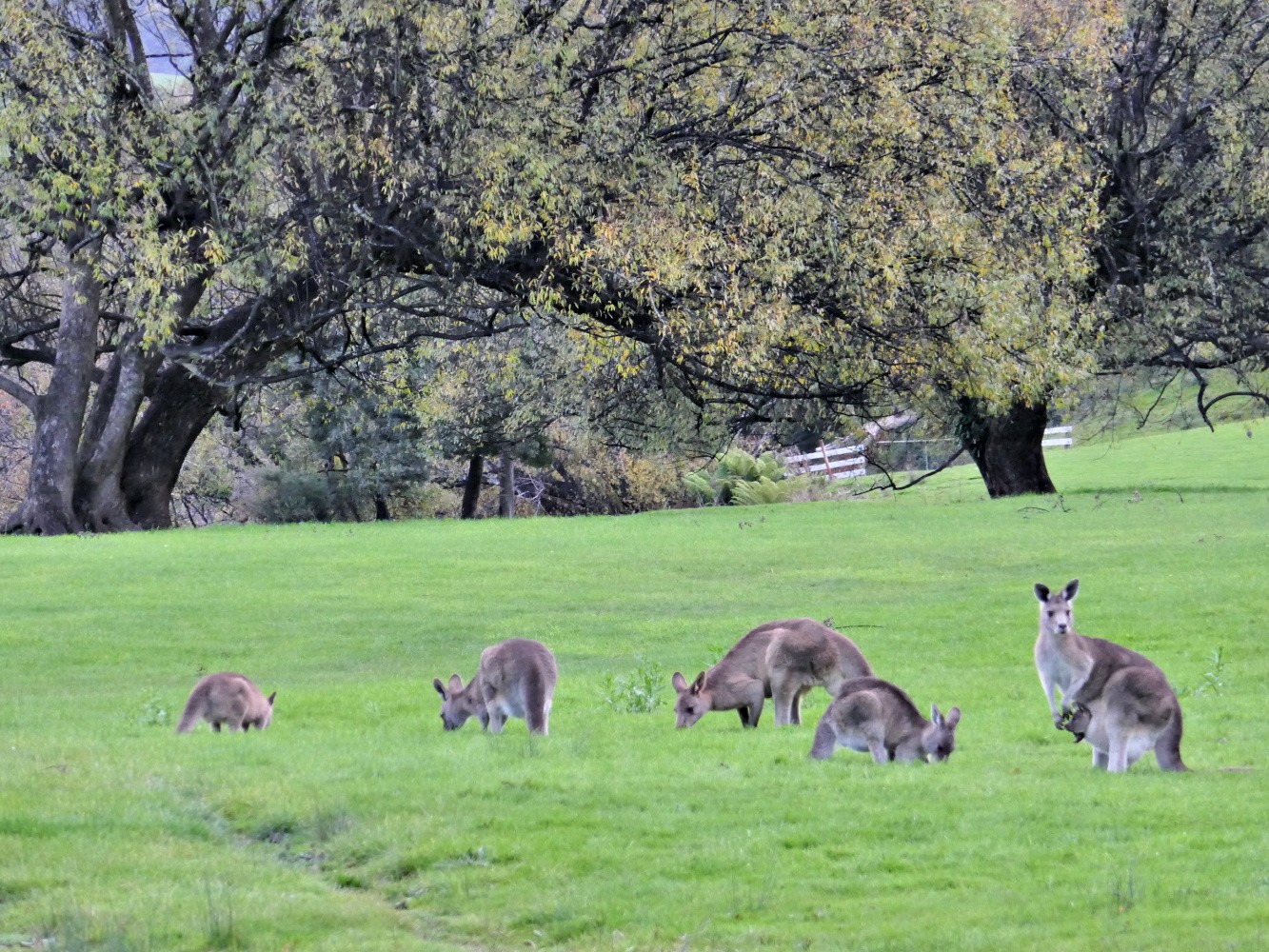 Our neighbours during #lockdown in NW Tasmania

Can My World Get any Smaller?

Then just as I felt my world couldn’t get much smaller –
My husband had a stroke.

It was Easter morning.
10 days into our hunkering down.
I looked up to see him tapping his forehead with his right hand, while mumbling incoherently, as his left arm and left leg lay limp.

I called 000 –
An ambulance came to take him not to the nearest Hospital, which was experiencing a Corona-cluster outbreak (and would be shortly closed for a deep clean) – but to Launceston, two hours away. 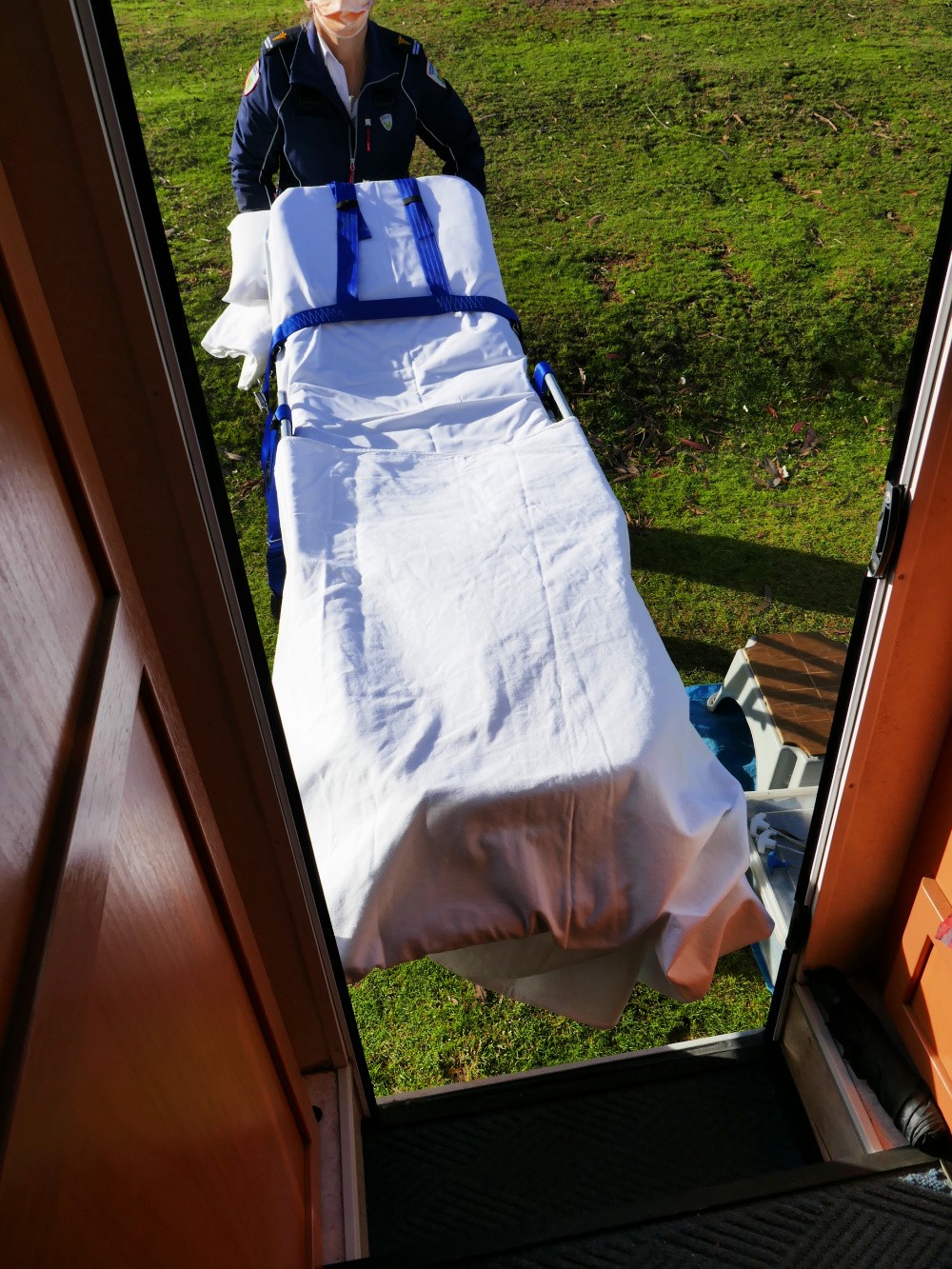 Not quite the Easter Bunny I was expecting – An Ambulance trolley with masked paramedic.

I followed in our car, with his ‘overnight bag’ and when I got to Emergency was told –
“You’ve made it just in time to see him before we admit him to the Ward – He’s had a MRI scan, X-Rays and blood tests but due to COVID-19 restrictions you are not permitted to go up there with him – Not now, nor for the duration of his stay in the Hospital”.

It was a strange few days –
Me telephoning for updates (like the other 31 patients’ partners in the 32 bed ward, not permitted to visit?) and getting
“Oh yes, he’s progressing well” – but ‘well’ compared to what when you haven’t seen the previous day’s progress?

So it went from being told he’d failed the ‘swallow test’ and was to be fed intravenously on the Easter Sunday –
To him telling me in his slurred muffled voice on Tuesday how he’d toppled over and sent a trolley in the ward flying –
To on the Thursday (just as I was beginning to wonder whether it could be weeks before I saw him again if he was kept in for rehab):
“He’s going to be discharged tonight”.
“But, because of Coronavirus and him having been in Hospital – a potential source of contamination – he will need to self-isolate for 14 days, and he’ll need a primary carer – so as his wife, that will be you, OK?”.

I was instructed to arrive at the Hospital with 14 days worth of food on board and enough fuel in the tank to get ‘home’ as once I had picked him up we were to be in total isolation so were to stop for nothing nor interact with anyone.

My world had slowly caved in.

In just 5 weeks, it had been reduced to –
No overseas travel – then
No inter-state travel – then
Only essential travel to buy food –
And now not even that would be part of my liberty –
The 4 walls of our 20 foot long caravan in the middle of an empty Park, would be our world for the next 14 days –

Me and a man who had experienced a catastrophic hemorrhagic stroke. 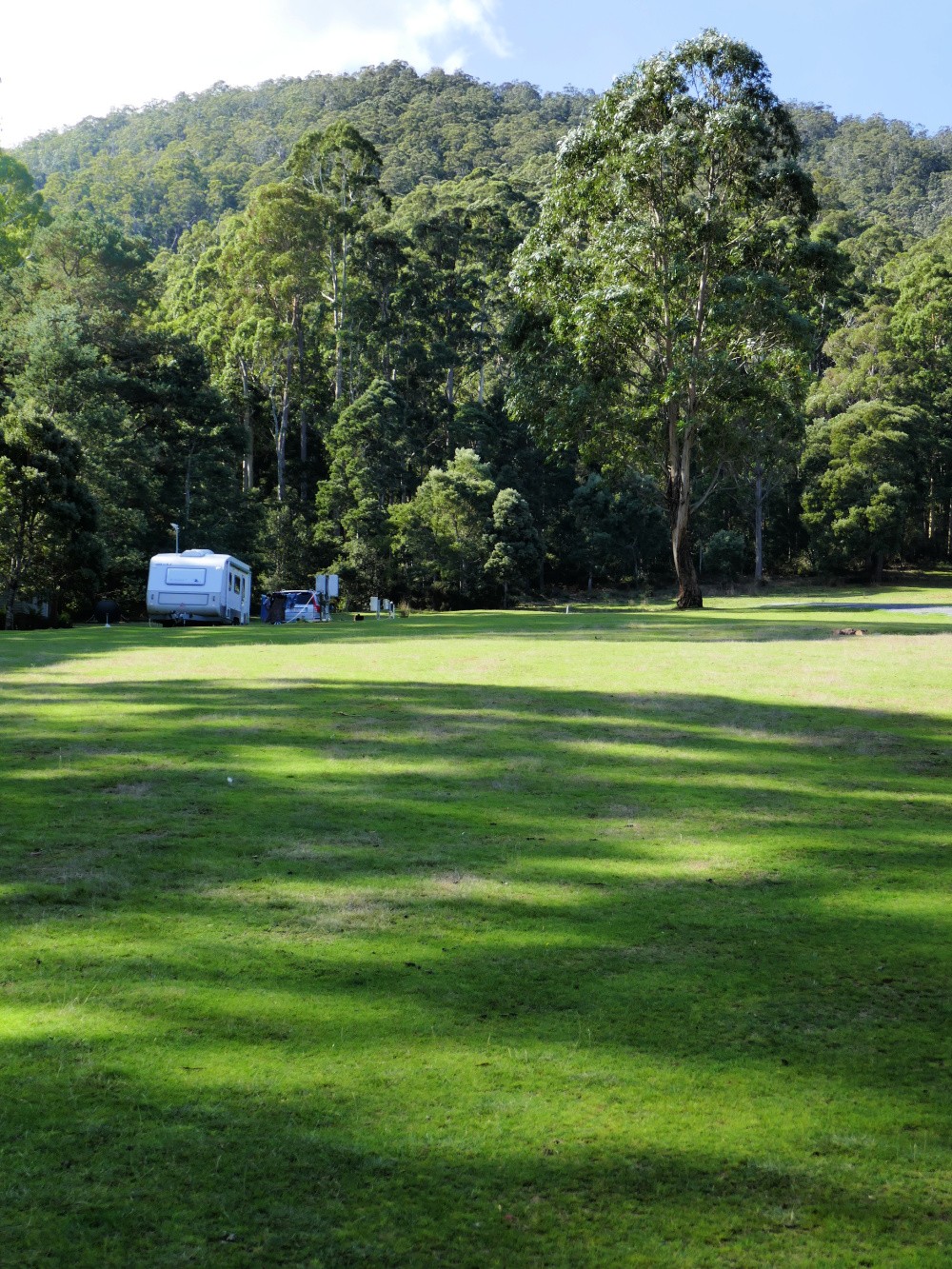 I was given no guidance or ‘run-down’ as to his care, as due to COVID-19 I was not allowed to go into the Hospital to speak to any medical practitioner –
And any discharge papers that may have existed were lost among the new protocols of keeping me at bay.

I was simply told to ring the outside Hospital door bell upon arrival so he could be brought down in a wheel chair, where he was turfed out into my arms and the cold night air.

Together we jumped into the unknown –
Like taking the plunge off a high diving board into a deep dark swimming pool.
Together we held our breaths and leapt.
Leapt alone into a world cut off from any form of reality.
We submerged ourselves into our new, unfamiliar space where even the familiarity of voice was slurred and muffled as though communicating through watery depths.
And movement was in a slow underwater like motion.

‘We are such stuff as dreams are made on,
and our little life is rounded with a sleep.
Sir, I am vex’d;
Bear with my weakness; my old brain is troubled:
Be not disturb’d with my infirmity:
If you be pleased, retire into my cell and there repose:
a turn or two I’ll walk, to still my beating mind.’

We floated through and survived the 14 days of total self-isolation as well as the task of total self-sufficiency – where amazingly my on the spot supermarket selections on the way to the Hospital got us through without starvation or hardship.

Of course turfing him out as quickly as he was able to vaguely walk was absolutely the correct move – under the circumstances –
Being away from the chance of potential life threatening infection, and home alone with my individually crafted Dr Google rehabilitation programme was I’m sure the best form of care! 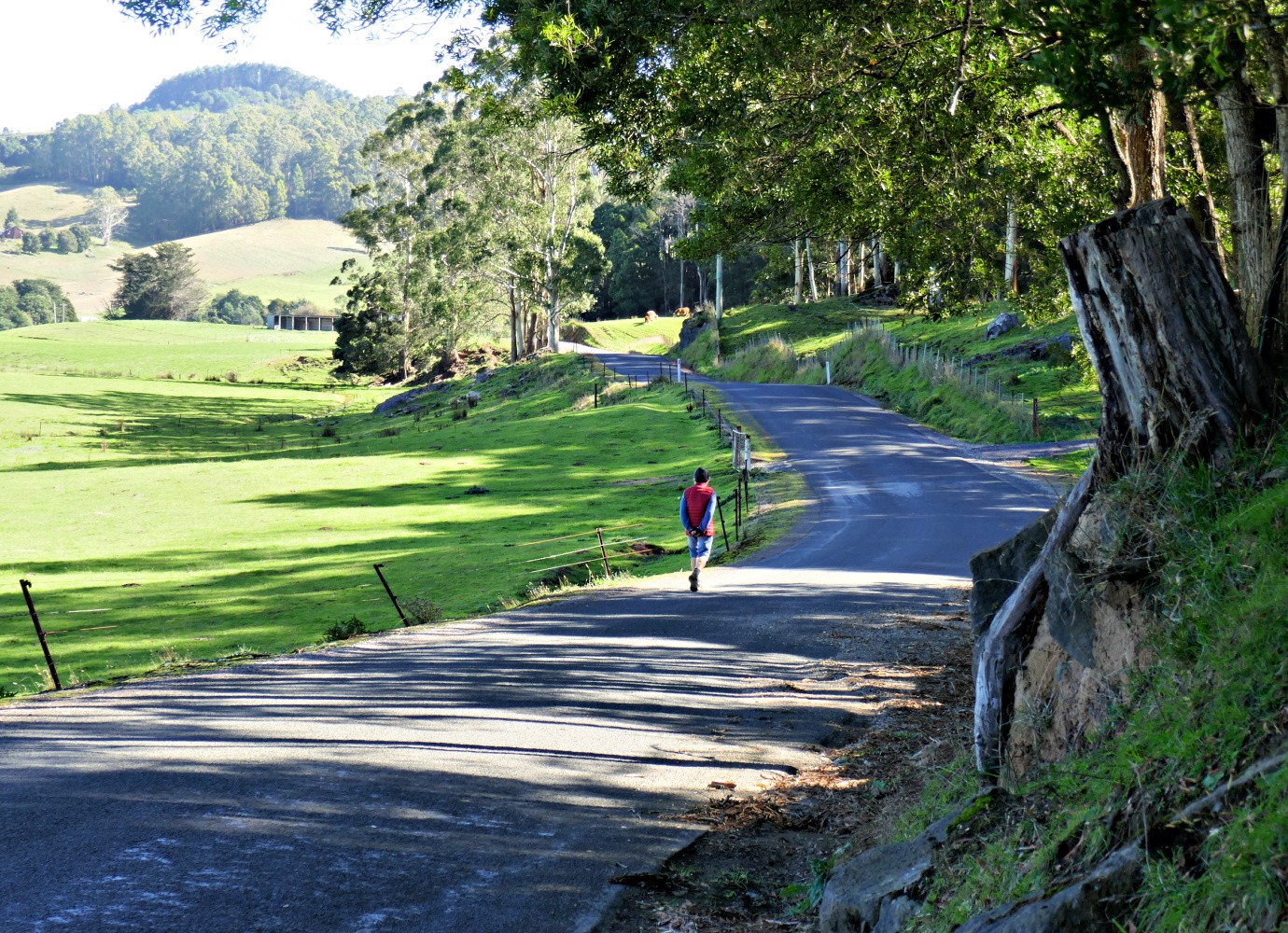 A perfect spot for a stroke survivor to recuperate

Stroke survivors need rest to recuperate so neuro-plasticity can do its magic.
Lots of conversation to reconnect language pathways and walks to regain balance and mobility –
As we approach 6 weeks, I am reminded that it is a marathon we have entered, not a sprint, but every step gets us closer to the future. 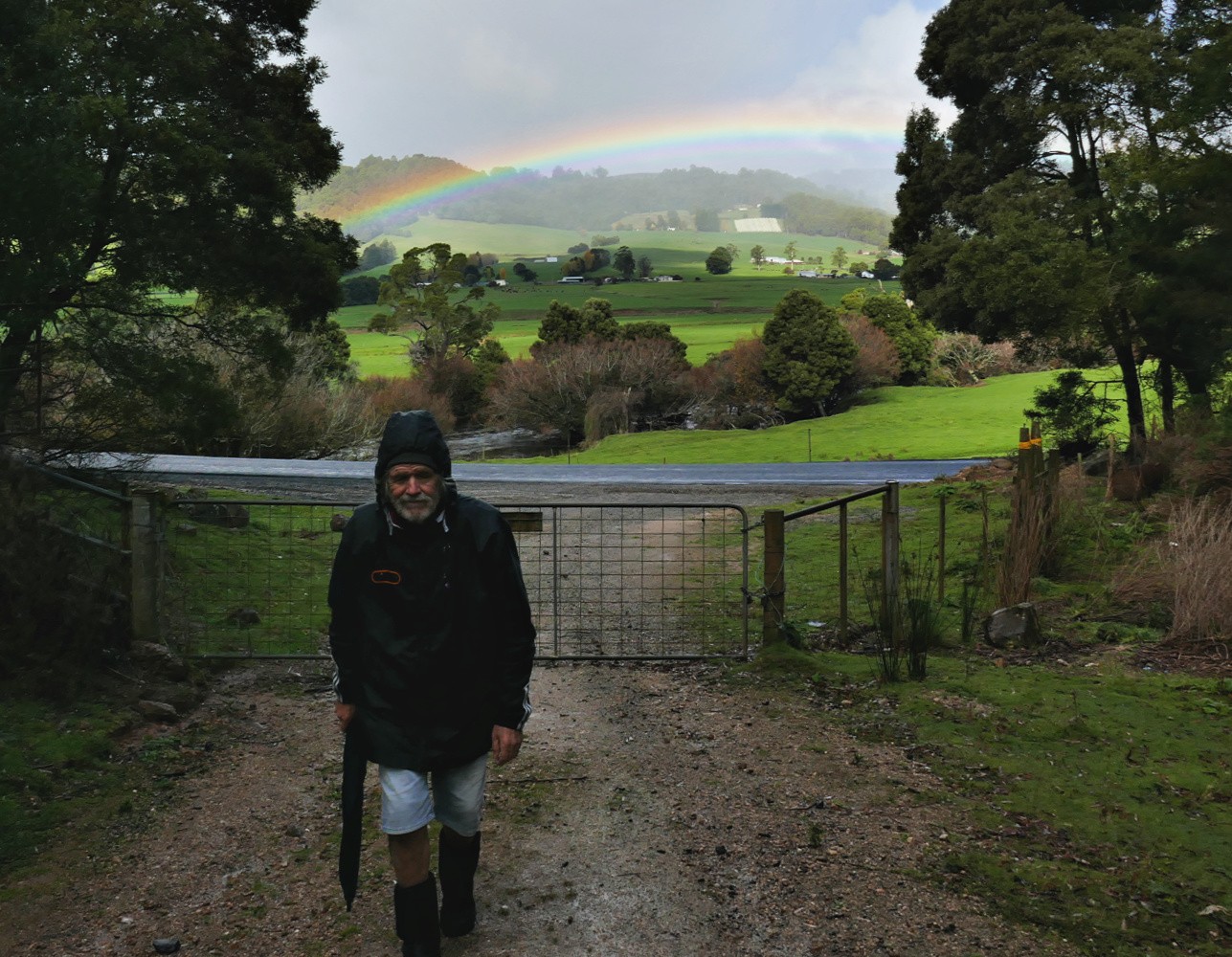 Walking his way to recovery and the future

Shedding the Cocoon to Step Out into the Future

So as restrictions begin to lift – while I thought we’d be ‘there’…
We find ourselves ‘here’.

For two months we and our world stopped and breathed and while taking in that breath we have all undergone change.
Maybe even more change, in a different way, than from our previous constant beavering to try and create it!

“Real change is best understood by staying in one place”

“Time and change are connected to place.
Real change is best understood by staying in one place.
When I travel, I see differences rather than change…”
Andy Goldsworthy

Over the last two months the Poplar trees have turned from green to golden yellow and fairy toadstools have popped up in abundance –
It has been a privilege to stop and stand and stare at our world changing before us.
I agree with Andy Goldsworthy that there are rewards from being present in a place for a period, but I also feel observing differences that other cultures can show us, and experiencing further afield unfamiliar geographic landscapes can inspire and instigate beneficial change upon returning ‘to place’.
Hopefully the manic, skimming the surface of 20 countries in 30 days kind of travel will be a thing of the past, and deeper, richer sorties communicating with the communities that we visit will ensue in its place.

Do you have plans for the future?
Maybe dreams to travel again?
Are you ready to reclaim your liberty and freedom*?

*Freedom – ‘The power or right to act, speak, or think as one wants’.
[as defined by the Oxford dictionary]

Please join the conversation in the comments below 🙂

33 thoughts on “Cocooned in a Caravan during Coronavirus, When…”