I love delving into travel journals –

Jacqueline Bouvier –
the future Jackie Kennedy Onnasis
and her sister Lee’s travel journal from 1951 in Europe. 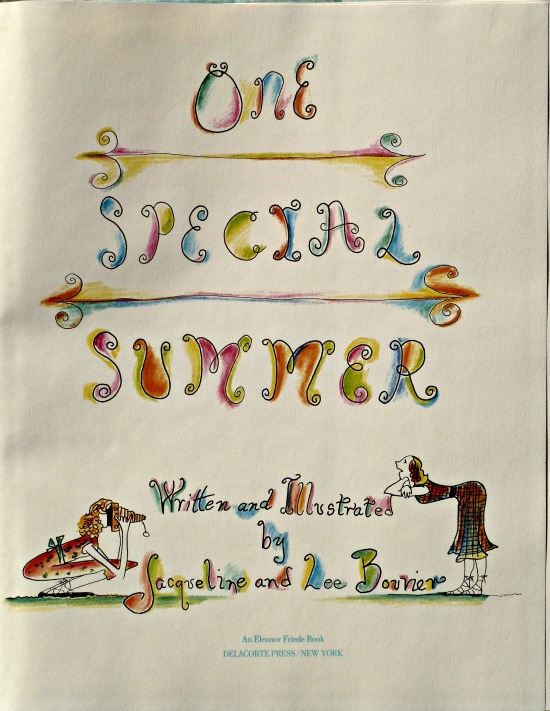 In 1951 Jackie, aged 22, had already spent a year in France and her younger sister Lee, aged 18, was itching to join her having been “filled with curiosity and a longing to see everything [Jackie] had been writing” home about –

But, their “mother was extremely apprehensive about letting her daughters go alone on such a venture”.

However, after much persuasion on how carefully Jackie would take care of her charge – 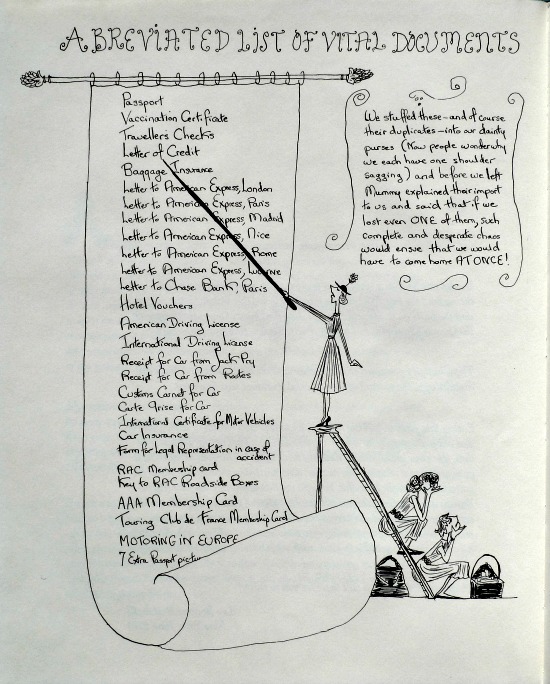 This travel journal – One Special Summer – was created by the pair as a thank you gift to their mother and step-father for allowing them to take off on such an adventure.

Knowing how their mother (like most mothers) would appreciate something they’d created by hand over anything they could possibly have bought for her, they split the job of recording the trip – 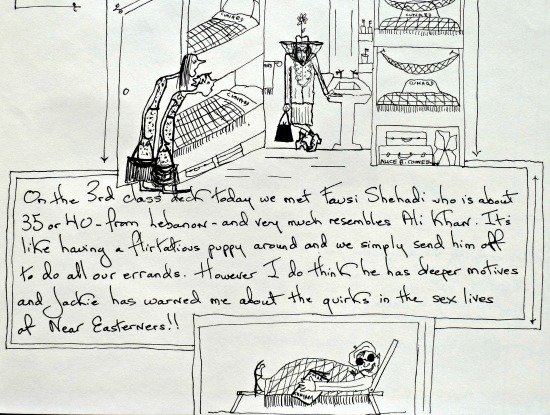 Jackie oversaw all the artistic renditions, the poetry and the parts on Rome and Spain.

While Lee wrote the descriptions for most of their adventures. 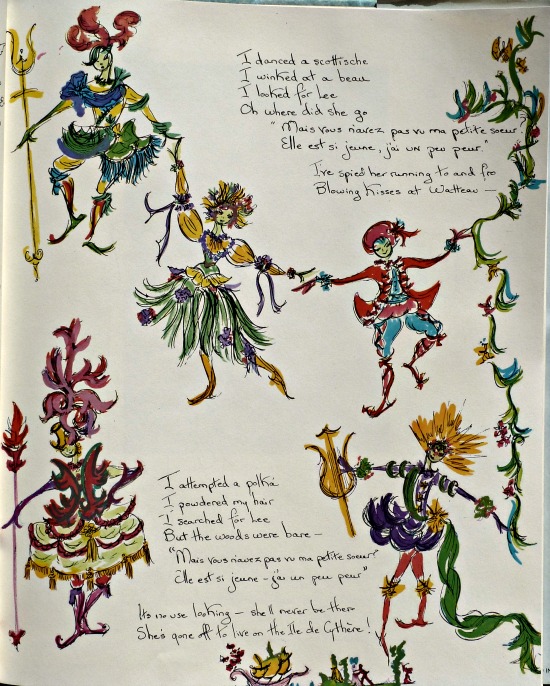 As Lee says in the introduction:

“I couldn’t imagine anything that could be more fun than a trip with Jackie, since we both were absolutely psychic about laughter and had the same sense of the ridiculous”. 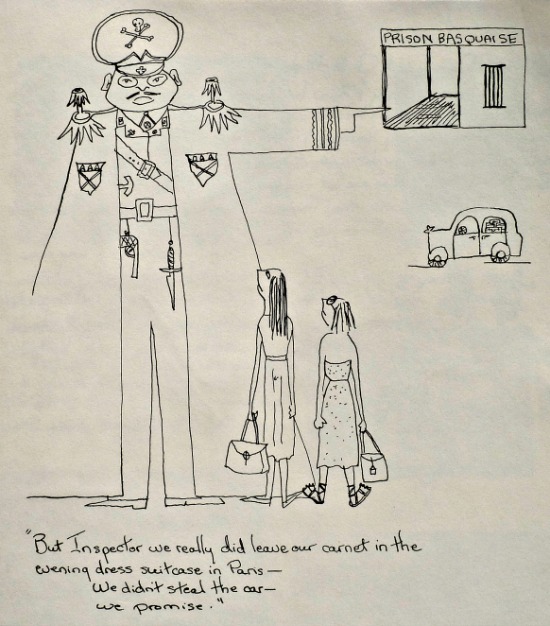 “We did this book in a state of joy and laughter, which was our mood throughout the trip” 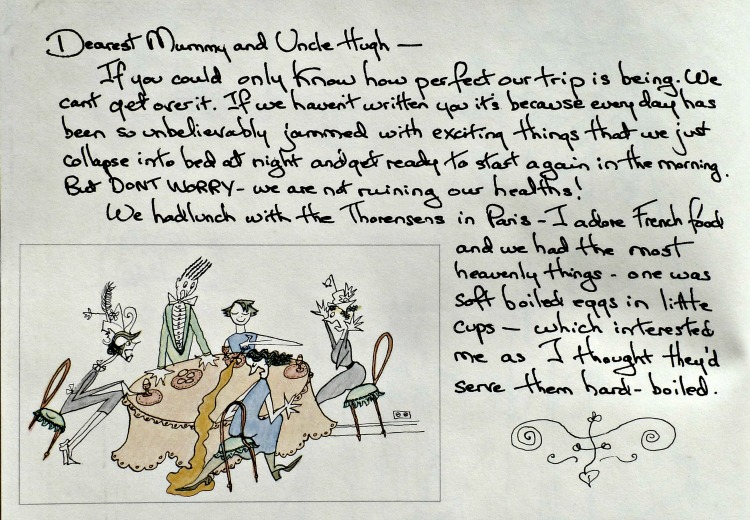 Its the enjoyment you get from devouring what you’ve made, later!

And so it is with creating a travel journal – 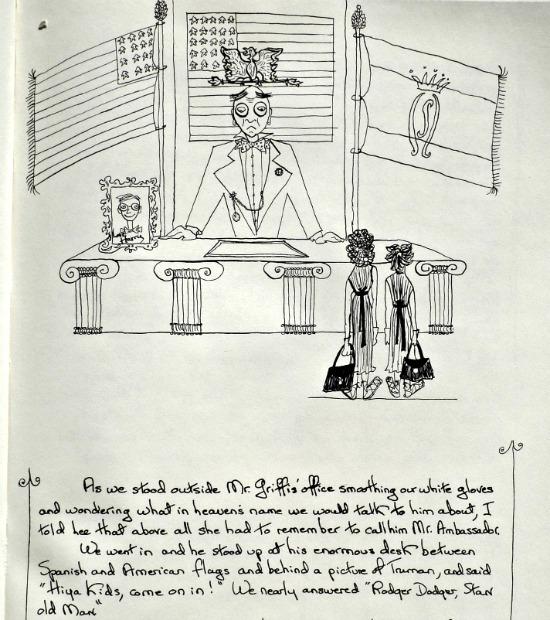 I love the way Jackie captures how small they felt at times, such as in the illustration above when they had an official engagement to meet with the American Ambassador in Spain.

It also perfectly illustrates how a simple cartoon’y sketch can be oh so much more expressive than words alone.

So, next time you’re in the travel journal ‘kitchen’, think about mixing up a greater variety of ingredients – Like… 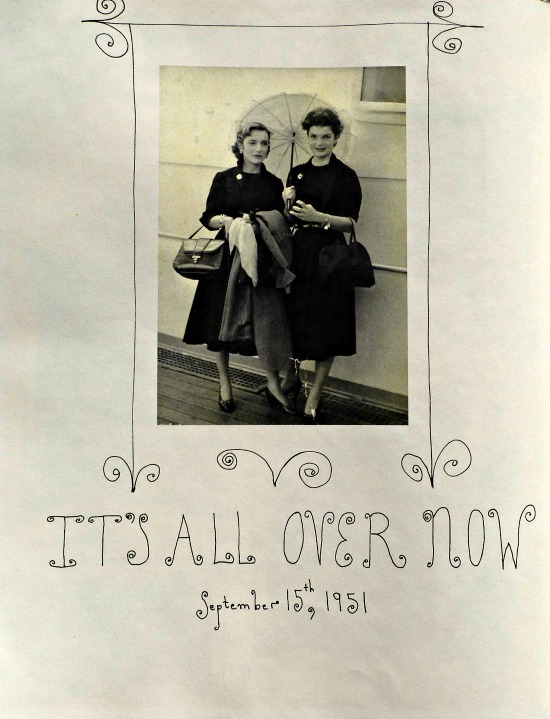 And a few years later when you revisit it, you’ll savour the rich fruity frivolity of your fabled travelling tales.

Do you keep a travel journal when on the road?
What kind?

If not –
Having seen the fun that can be had from even someone else’s travel journal –
Do you wish you did?

And if you don’t want to miss my next blog update, simply enter your email below and I’ll give you a cooeee when it’s published 😉