We see the world through a rainbow coloured spectrum – But how about focusing on just the primary colours of Red, Blue, Yellow – plus Green and White.

Last year, my Capture the Colour photos primarily reflected my trip to Europe (although my favourite was the one and only shot taken in Australia of Kapi Mutitjulu, a waterhole at Uluru!)

This year, having just returned from the Red Centre and the Top End of Australia, I’m going to:

Capture the Colour of the Northern Territory

White ~ The Spiritual Power of the Northern Territory 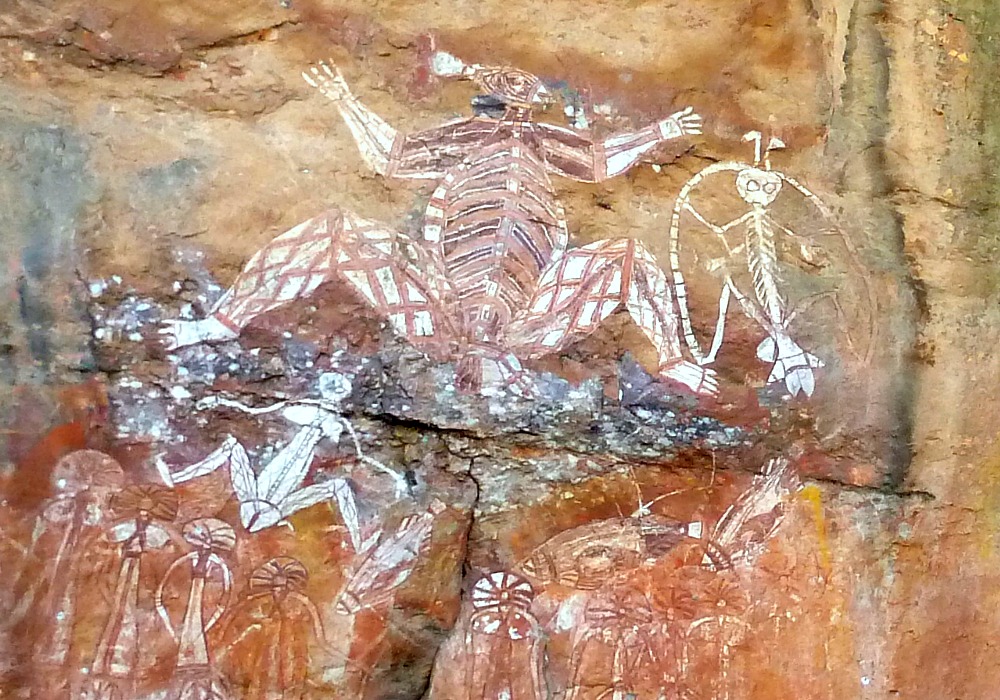 Spiritual Power of the Northern Territory

Australia has been home to aboriginals for 40,000 years.
Their spiritual beliefs adorn the ancient rock faces in the Top End with stunning rock art.

On the right of this image is Namarrgon the Lightning Man – You can see the lightning connecting his legs, arms and head, with stone axes on his knees and elbows that makes the thunder.
To the left of him is Namarndjolg and below left of Namarndjolg is his wife Barrginij.

The ochres that are ground down and mixed with a resin fixative to create the rock art are: 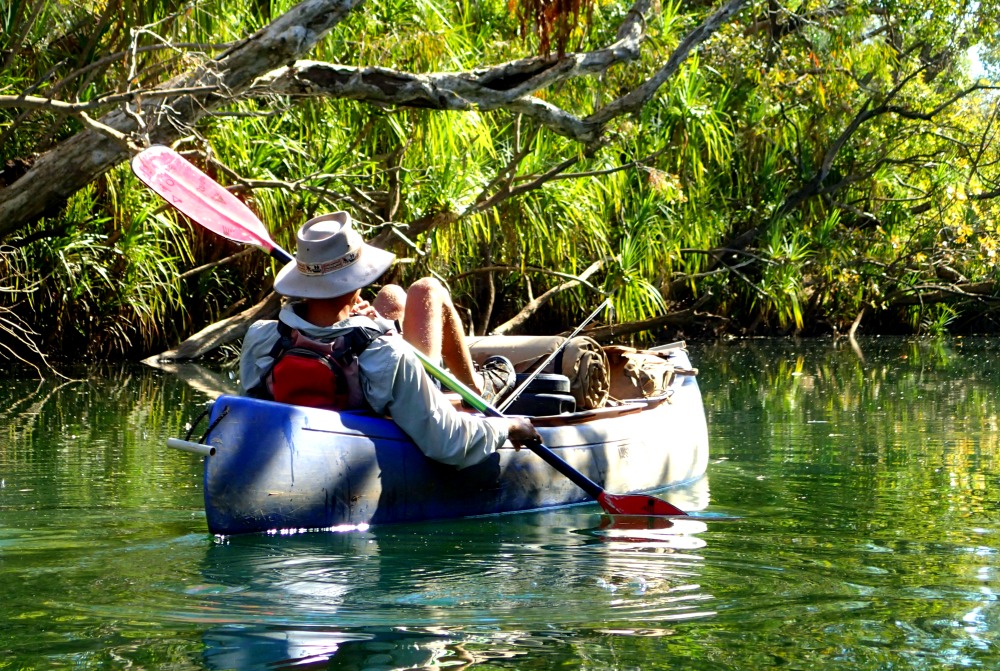 Green travel in the Top End

Not only are the pandanus screw pines (often referred to as pandanus palms, despite being no relation to the palm family) growing along the banks of the Katherine River in the Top End lush and green, but floating down the river in a canoe (or a kayak) is a wonderfully green way to travel.

With food for three days and swags to sleep out under the stars on board (see the bedroll in the front), we floated silently down stream playing tag with sea eagles and egrets that flew from tree to tree ahead of us.
Read the full post about kayaking down the river here:
How to Journey into the Outback and Not Carry a Backpack.

A green, eco way to travel

Blue ~ The Power of the Landscape in the Northern Territory 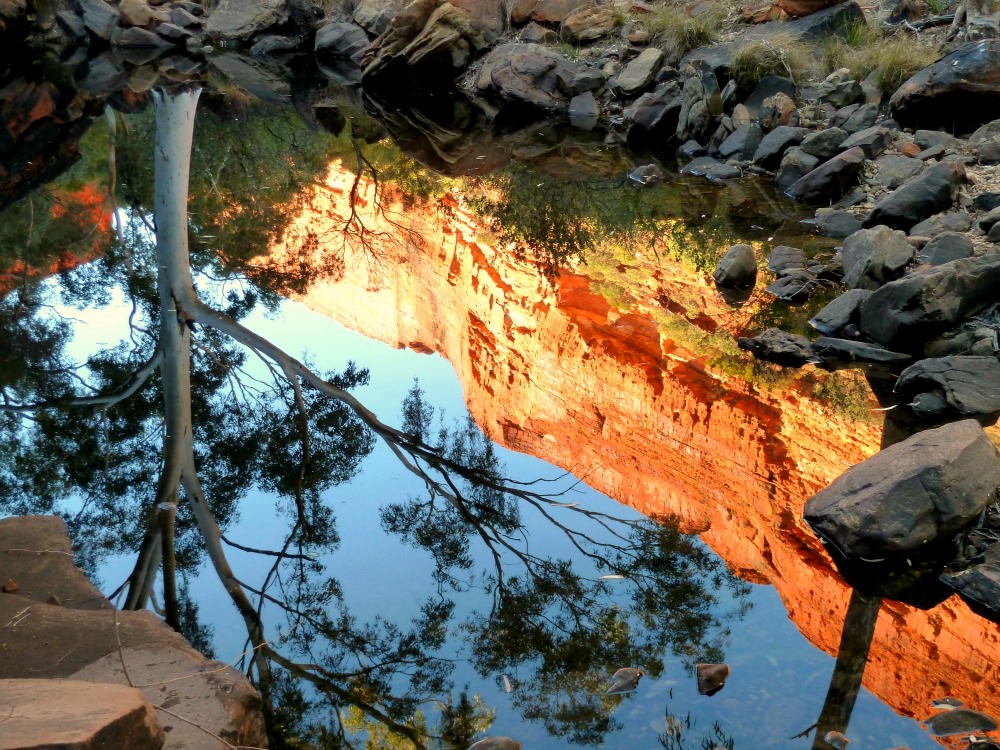 The complementary colour of blue is orange (The ‘complement’ of a colour is a mix of the other two primary colours, so in the case of blue it is red and yellow, which mixed together makes orange)

Seeing complementary colours adjacent to each other is always striking, which is why so many artists use this technique in their paintings.

Red ~ The Warmth of the Northern Territory people 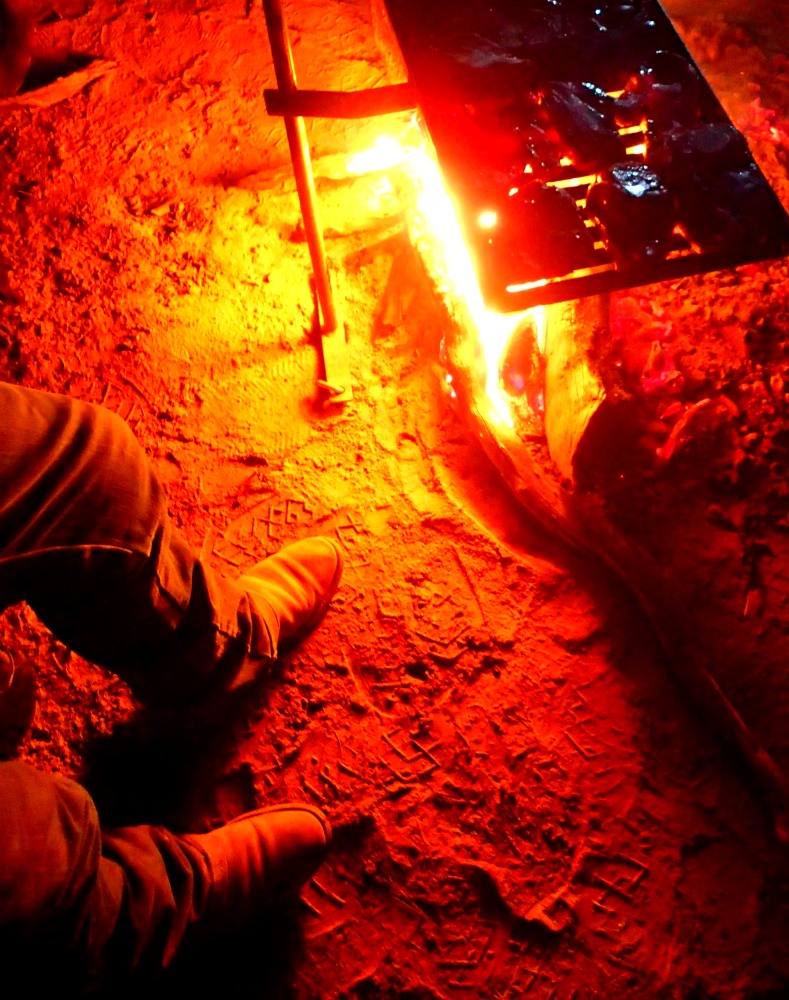 Coming together around the camp fire Bar-B-Q

Bar-B-Q’s are an integral part of Australian life.
And coming together around a campfire is universal.

But standing around a campfire with beef on the bar-b-q, having horse ridden across the cattle station to camp out for the night with the station owner is a true blue Northern Territory experience!

They say its the people you meet that make a trip –
Meeting Sue and Scott on Mt Bundy Station was heart warming. 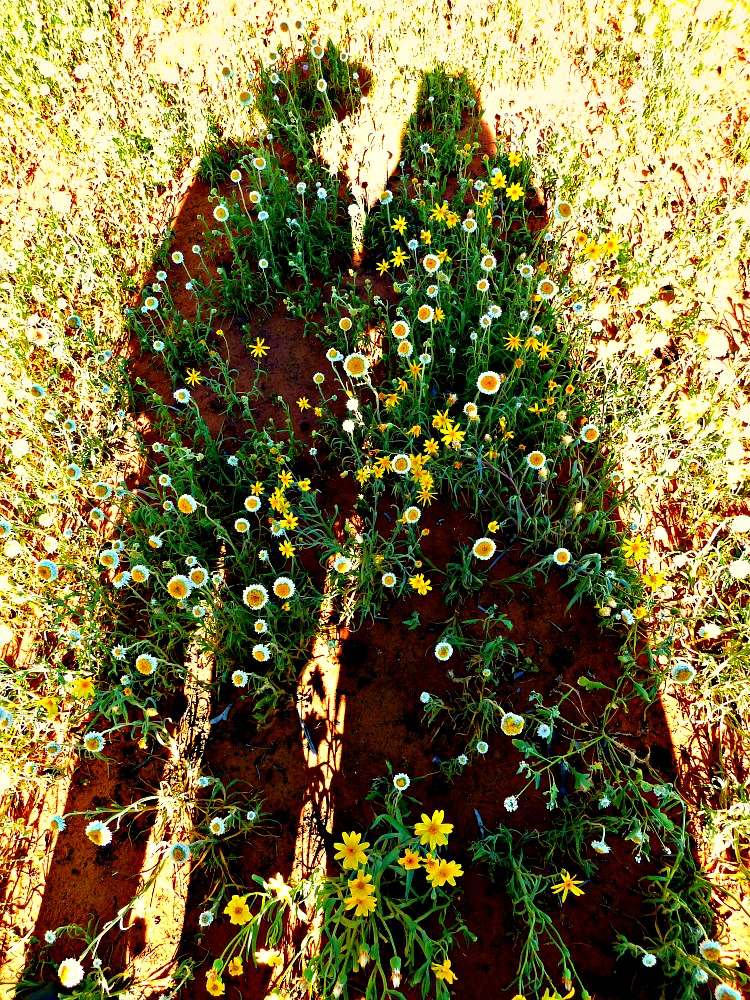 The Kathleen Springs National Park had only just re-opened a couple of days prior to our visit.
We felt blessed being able to witness this fresh beginning.

Want to know where each of the photographs were taken? 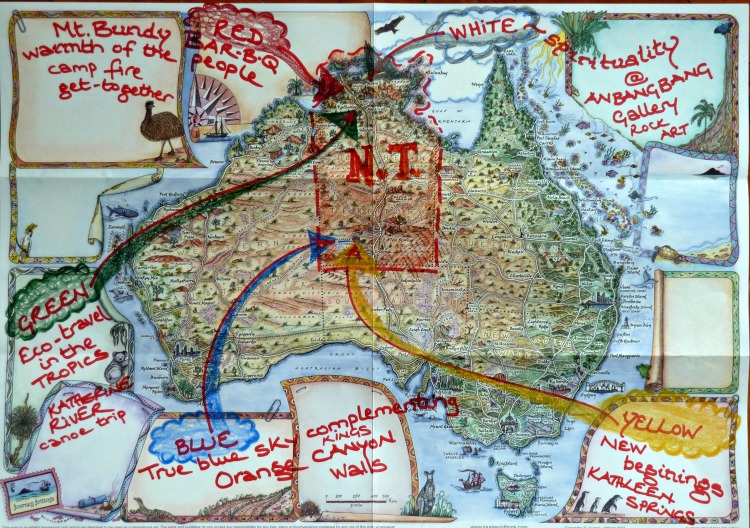 Where was each colour photographed? And if you’d like a Journal Map to record YOUR travel adventures on – Click on the Australia map to check them out 🙂

Thank you to Suzanne at Boomeresque, who nominated me –

18 thoughts on “Capture the Colour of the Northern Territory”