As I approached the island jetty, the sun was rising over Stradbroke, the second largest sand island in the world. 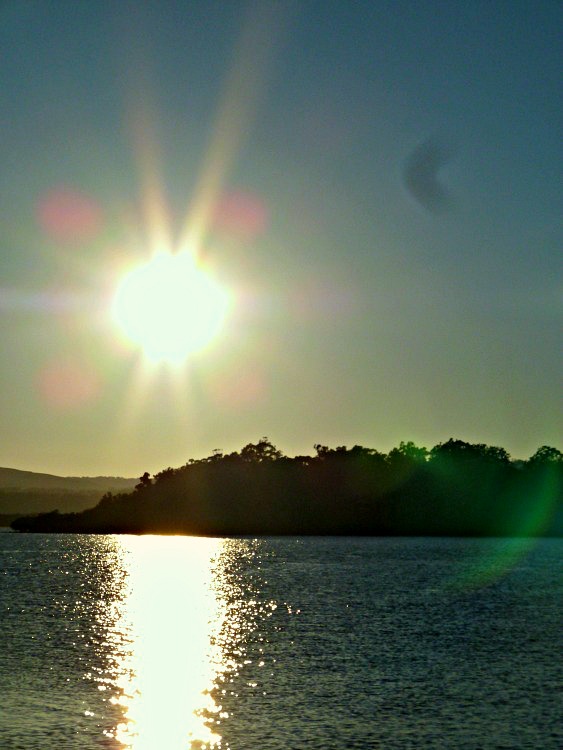 And the early morning passenger ferry taking commuters to the Australian mainland for the day, appeared across the sparkly waters of South Moreton Bay.

I was on my way to Brisbane city, Queensland’s state capital. 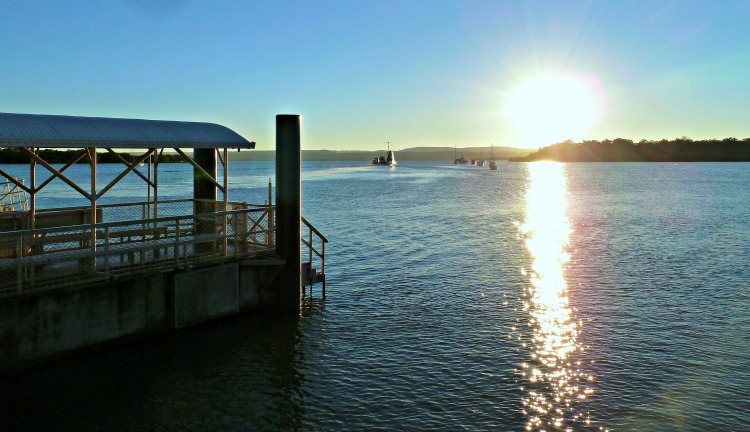 I love the public art that can be found and enjoyed in cities – and have previously written about some of the street sculptures in Brisbane I’ve fallen upon unexpectedly.

To be buzzing about one’s everyday business in the CBD (Central Business District) and simply come across an art work that is there for no reason other than to adorn the streetscape and brighten up the day of passers-by is my kind of fun!
And garnishes my day with smiles.

Today, I’m after some ‘hidden’ Brisbane street sculptures – public artworks that don’t leap up in front of you, so are easily missed.

First, heading down Brisbane Arcade, away from the hustle and bustle of Queen Street Mall I spot my first tucked away piece of public art – Mirage. 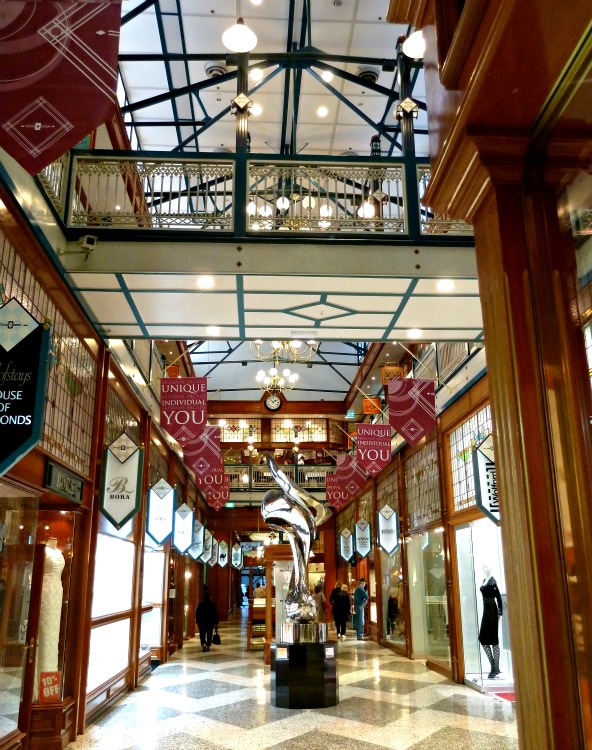 While ‘Mirage’ is slap bang in the middle of the walkway, its set up high on a marble plinth and with shop windows either side vying for attention most people walk past looking the other way!

Its an art work by Gidon Graetz, an Israeli-Swiss sculptor who is based in Europe and in 1988 was commissioned to produce the work for the World Expo in 1988.

The Mayne Family Trust who own and run the Brisbane Arcade bought the work after the event with the Brisbane City Council and housed it here in the Arcade. 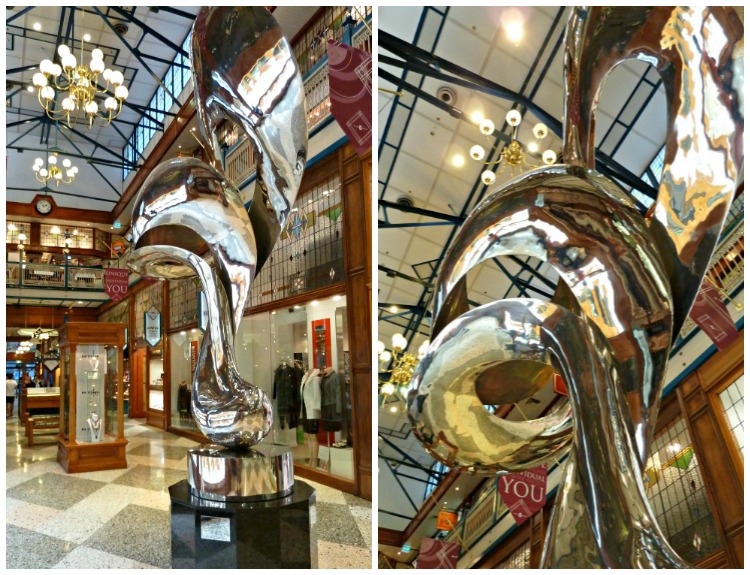 There is neither a beginning nor an end to this piece as the shimmering illusion of water ripples up its shiny stainless steel surface and swirls in a fluid wave that wavers on feeling both near within arms reach and far off on the horizon. 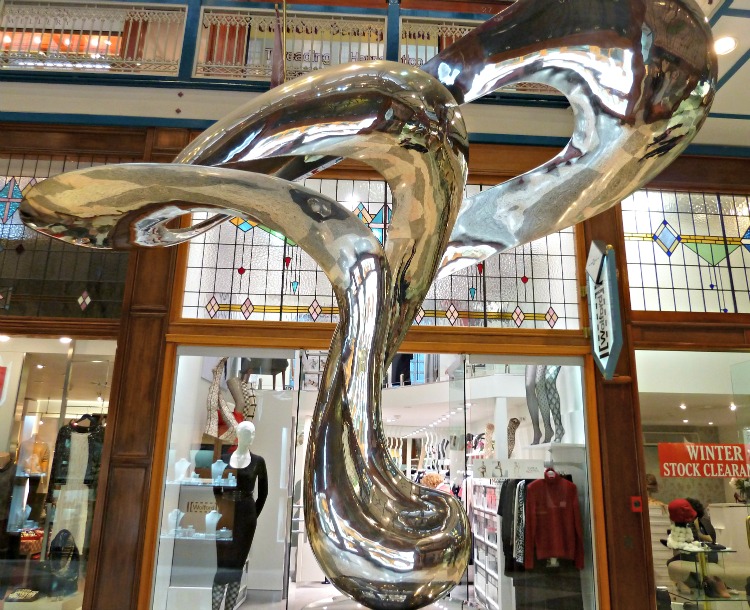 Out into Adelaide Street I cross the road and at the base of a Victorian lamp post, look up to spot my next ‘hidden’ gem. 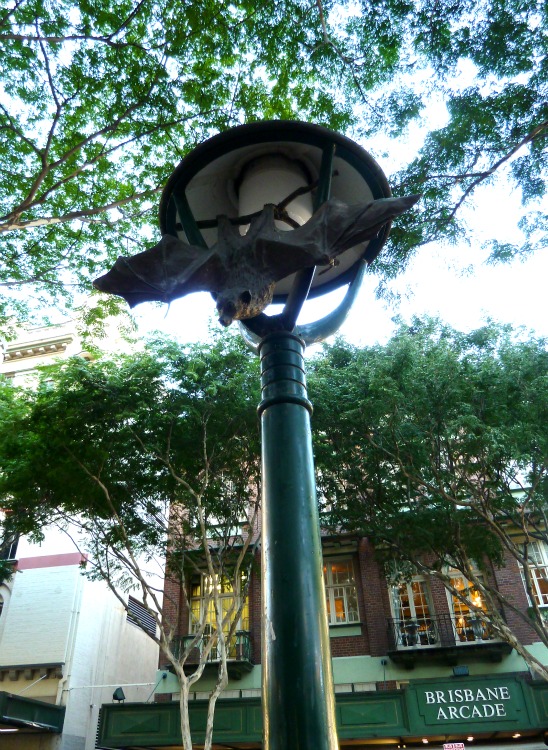 Have you stopped and looked up in Adelaide Street?

A flying fox street sculpture atop a lamp post! 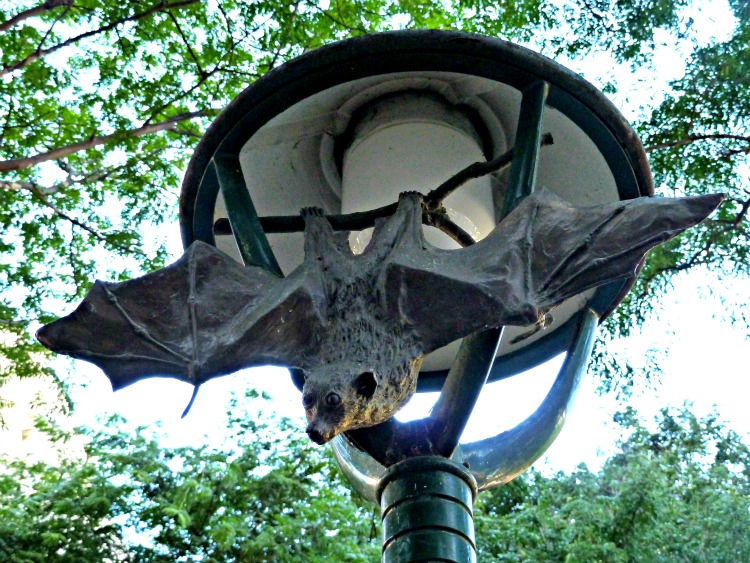 Sculpted by Fred Whitehouse in 1996, a grand-nephew of the renowned British sculptor Henry Moore, this isn’t Fred’s only work in Adelaide Street. 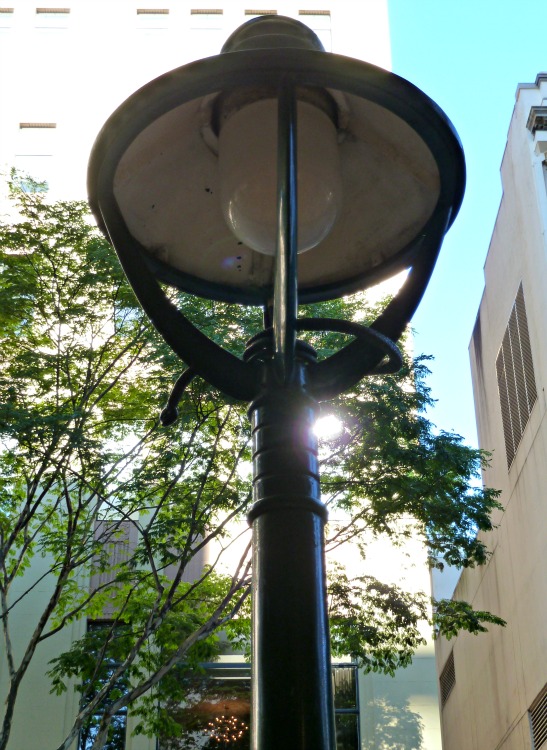 Look up again a few lamp posts on (going north) and… 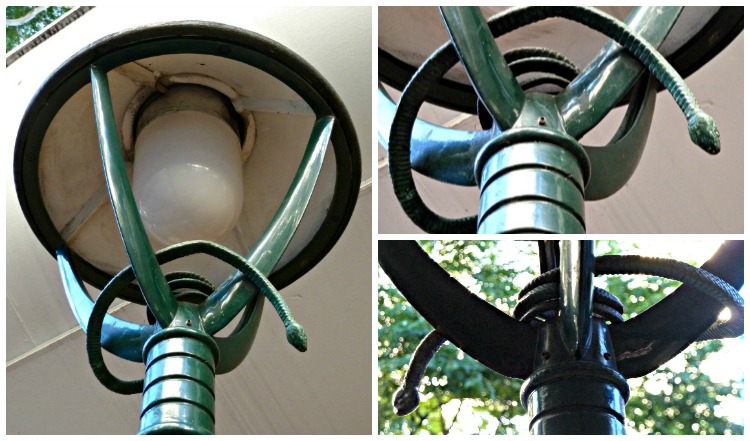 You’ll be one of the few people to have taken the time of day to stop awhile to notice this bronze snake! 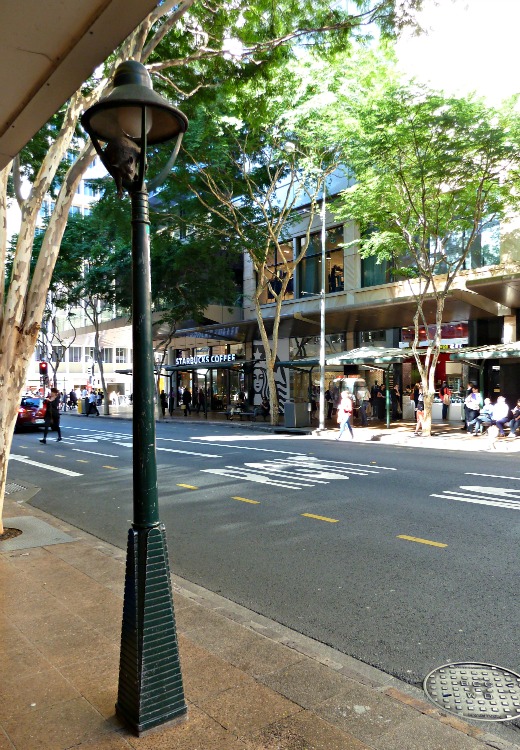 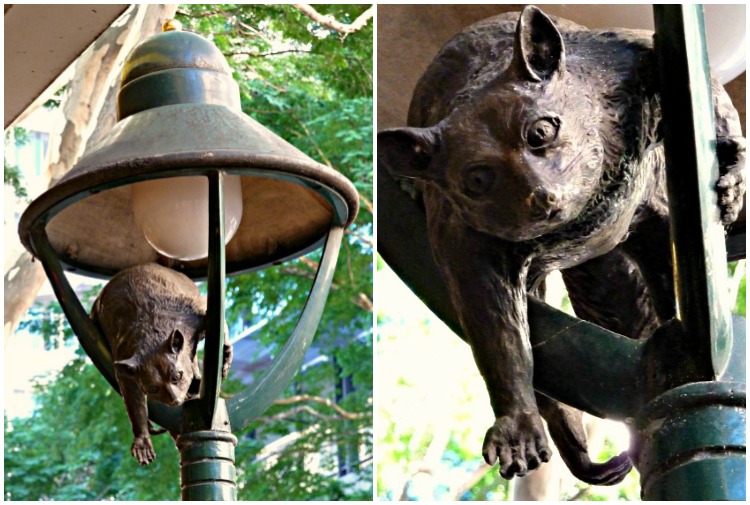 A few more lamp posts along is a bronze possum after a hand out!

I’ve since found out there are more animals yet to be discovered – a frog, a goanna and a bird…?

Have you seen them?

Did someone tell you… or, are you one of the few observant visitors to Brisbane?