Why my eyes are two slightly different colours

Getting married in a 6-seater airplane over the Indian Ocean

So here are 13 things you most likely don’t know about me, Linda Fairbairn… Nor (perhaps) would think to ask?

1. I worked in the Great Sandy Desert of Western Australia.

I’m mesmerized by outback Australia, and dreamt of living and working out bush.
Focus on a dream hard enough and you can get drawn into its reality!
So from the Pilbara in Western Australia to the Gulf of Carpentaria in Queensland I’ve worked on all manner of geological projects in outback Australian bush camps.
Most were 3-month stints, where with the annex of my canvas tent as an office, which in places like the Great Sandy Desert meant in sweltering heat, I’d draw up the geology maps from the geologists’ messy field notebooks and create sun print copies to work on. (For elaboration read my post: Sun printing in the Great Sandy Desert) 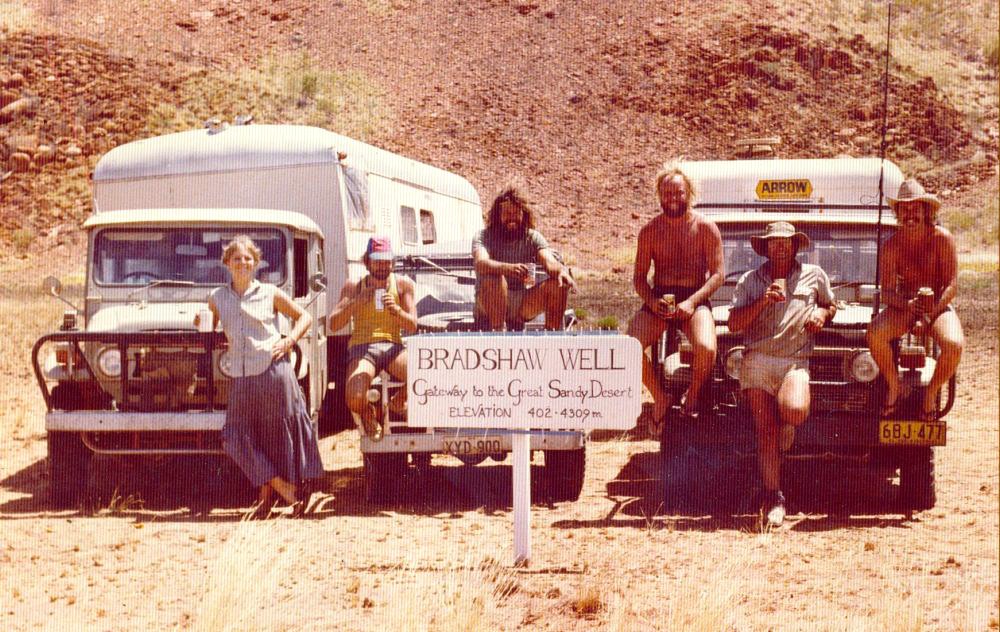 2. I repainted the numerals on an historic town hall clock dial in Australia’s savannah gulf country

When on an exploration job investigating the gold tailings in Croydon (in the Gulf of Carpentaria – 560km west of Cairns in tropical north Queensland), which in its heyday had mined more than 40 tons of gold… 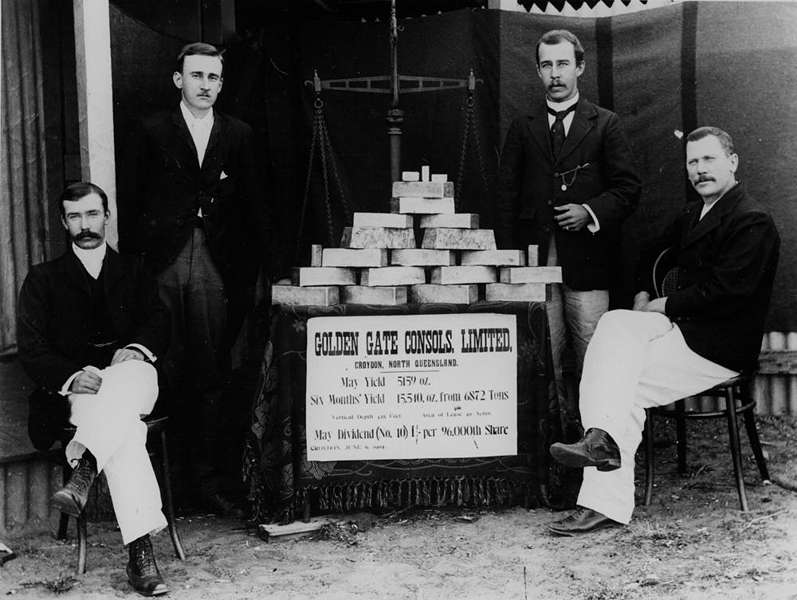 I put my drawing abilities to good use by restoring the roman numerals on the dial of the [huge] historic Croydon Town Hall Clock (seen in its hey day in the photo below), as a goodwill gesture for the local shire. 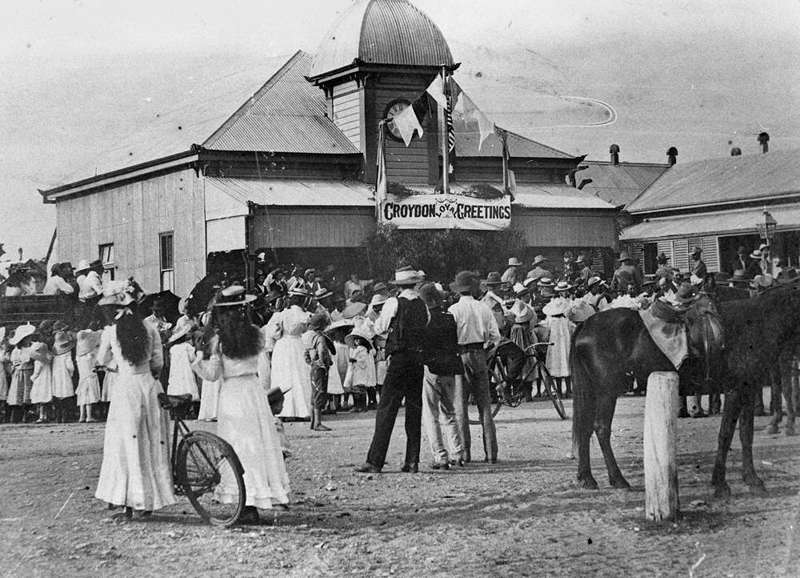 3. I first left England to travel when I was 18

My (now) husband and I set out on our first travel adventure to Nord Kapp (Europe’s most northerly point) north of the Arctic Circle when I was 18. By the time I was 22 we’d traversed 30 countries across the globe to Australia and back again overland through south east Asia (including Burma), India and Nepal and the middle east (via the Khyber Pass to Afghanistan), Turkey and finally Europe.

4. We were married in a 6-seater plane over the Indian Ocean.

The pilot was one witness, a TV channel 9 camera man was the other witness.
I’ve never changed my name.

5. We chartered a helicopter to pick up my mother from Brisbane airport.

When my mother made her first trip to Australia to visit us we were living on a 100 acre property in northern NSW accessed via corrugated and pot-holed dirt roads –
My unsuspecting mother was arriving with a broken knee, so my husband suggested we should chopper her in as it would be a more comfortable option.
We met her at the airport (after her 24 hour journey) and whisked her off to the helipad where her first view of the Australian landscape was seeing Mt Warning from above through the fish bowl glass bottom of a helicopter. 😉 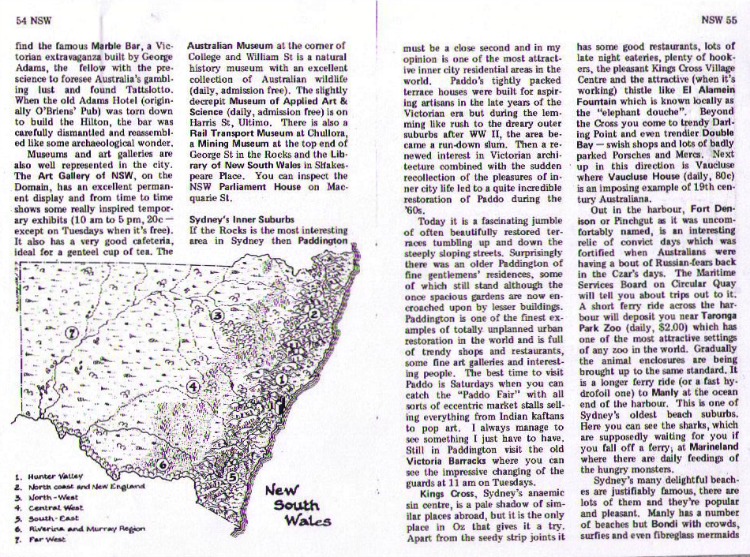 Situated in the sub tropics, at the base of the Border Ranges National Park, in northern NSW (part of the Gondwana Rainforests of Australia World Heritage Area), our land had been previously cleared for farming, and subsequently become degraded and weed infested (thick lantana). Needing rejuvenation, each day for a month I planted a selection of bush tucker trees, and a mix of 2,500 native rainforest timbers.

7. I drew the maps for Lonely Planet’s 1st edition of Australia and Burma

I drew little pen and ink pictorial maps of each of Australia’s States and Territory, applying numbered regions that were then expanded upon in the text (see NSW above). And city maps highlighting some of the main attractions. (eg Adelaide below) ~ Click here to see more of the originals 🙂 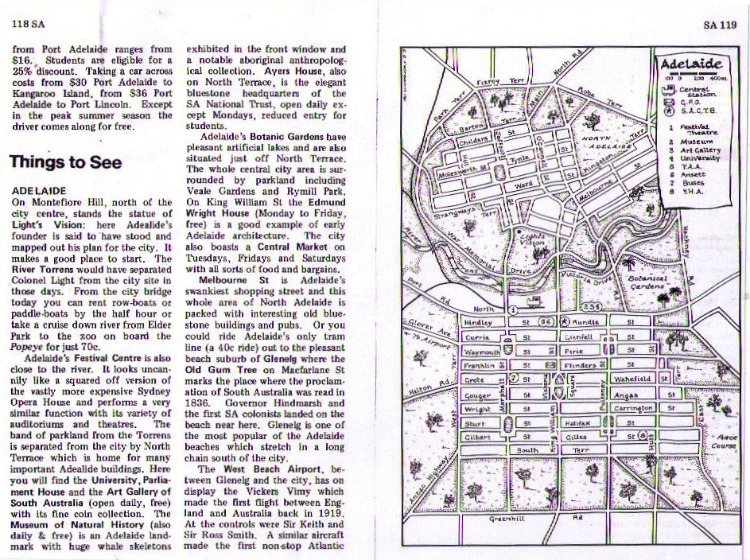 For Burma (as it was then called) I created three pictorial city maps for Rangoon, Mandalay and Pagan, which I illustrated with its many temples.
When we had travelled through Burma a few years previously, it had been at the time of the water festival – So when I sent the finished maps to Tony, I enclosed a letter telling him the tale of my water festival experience. He published it as part of the book.

8. The first home I bought was a cobbler’s cottage in York, Western Australia.

Bygraves Cottage was built by the shoe maker Samuel Bygraves in about 1880 in York, which is Western Australia’s oldest inland town (100 km west of Perth).
Built of red brick, inside you looked right up to the open high pitched jarrah lined roof. Adjacent to the cottage was the cobbler’s separate workshop.
It’s a listed National Trust property.
A stray cat came to live with us here – We called him Sam. 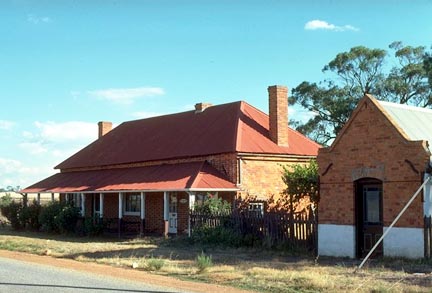 9. My right eye is a slightly different colour to my left eye

When renovating our 16th century stone cottage in north Wales, GB I was up a ladder re-plastering the under side of the slate roof between the batons using a traditional lime mash when a splodge of the white lime mix didn’t stick and fell back into my eye – My eye turned an immediate smoky white. It took many weeks to clear… but the scarring of the cornea has left its mark by way of a darker coloured tinge.

10. I was invited to a Garden Party at Buckingham Palace

Where, I had tea with the Queen

My husband has a passion for old clocks and watches. He finds them in various states, then carefully repairs the movements – I initially did his dials but it developed into a business.
I am lucky enough to have a very great friend who’s a renowned painting conservator so she guided me on how to conserve, rather than merely restore.
Where the paint had totally flaked off due the metal plate rusting (see left hand image below – ‘before’) I’d remove the yellow aged varnish (so as to see the original true colour) and then investigate under a magnifying glass what had gone (but left feint hints) so as to reconstruct and infill the missing area – see the right hand image below for the ‘after’ of this one. 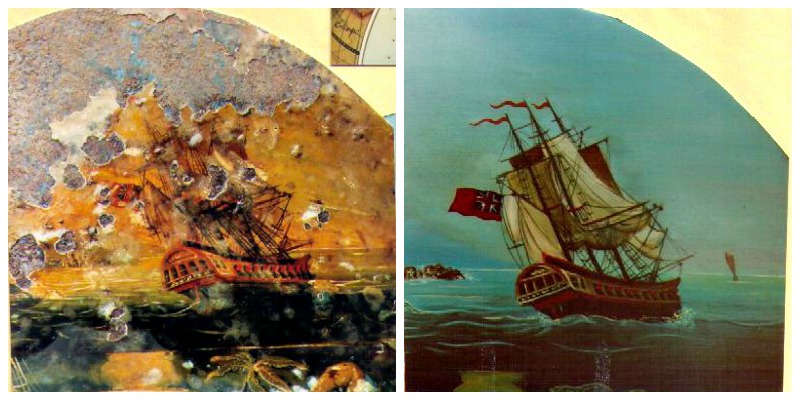 The dials with a rolling moon in the arch (showing the 29 and a quarter day lunar cycle) often had quirky antique maps of global hemispheres, which required careful retouching having been virtually erased from years of being ‘wiped clean’. These mini-arches cover a section of the moon dial as it revolves throughout the month so the moon appears to be waxing and waning. 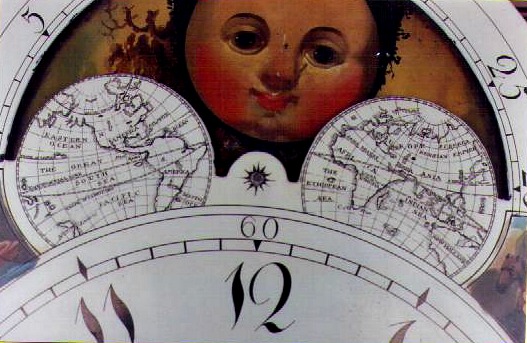 12. I’d never have thought of drawing maps as a career if it wasn’t for…

A chance encounter at Darwin airport with a German guy called Henning. He was a draughtman for a mineral exploration company who, in the course of this passing conversation said his workplace needed a ‘tracer’ –

Two weeks later I was one 😉

13. The inspiration behind Journey Jottings is early day explorers

Early day explorers had a burning desire to see what lay over that next horizon, then record what they saw and experienced by dotting their routes on self-created maps whilst jotting reminders in the borders.
Modern day travellers have a burning curiosity to discover what lies beyond the bounds of their everyday lives.
My quest is to offer travellers and holidaymakers an enchanting way to recount and recall their adventurous highlights with pictorial travel journal maps to plot their trails, allowing space around the edge for annotating their fun travelling tales. 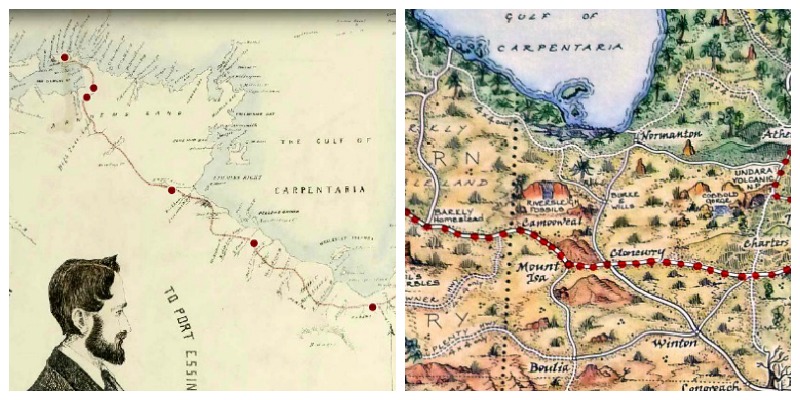 Have I missed anything?

Or is there a story that needs elaboration?

Fire away in the comments below 😀

25 thoughts on “13 Things You May Not Know About Me, Nor (perhaps) Be Likely to Ask”