Turtles and Dugongs through the eyes of the Torres Strait Islanders. 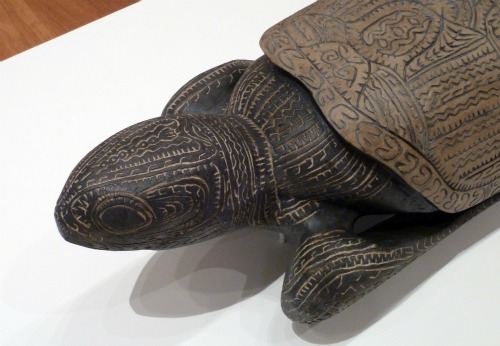 The above artwork by Dennis Nona (2010) is entitled Thurr (Tracks of the turtle).

The turtle leaves the water and lumbers against gravity up the beach to lay its eggs. She digs a deep hole where she lays them for incubation and protection from poaching goannas. Once hatched they face even more perils as they run the gauntlet past frigate-birds to get back to the ocean and once in the sea, struggle for survival against predatory fish. 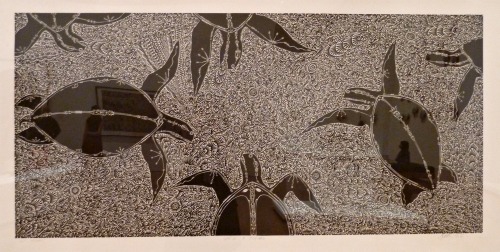 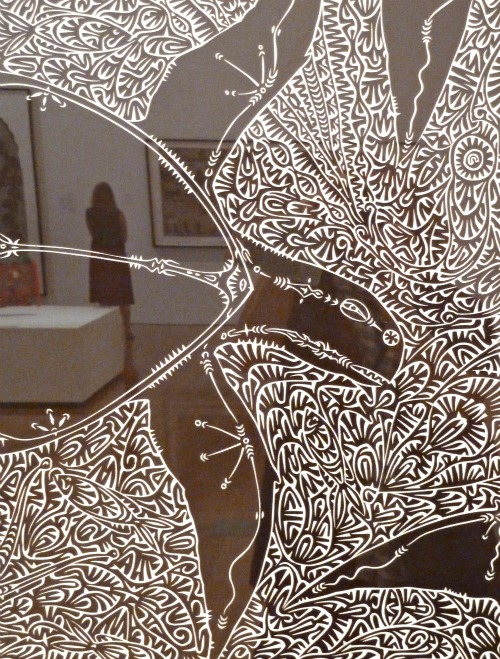 The above linocut by Alick Tipoti was cut from one block.

In between the turtles you can see a mass of sea-life such as small fish (look in the top left and bottom left of the above image detail). 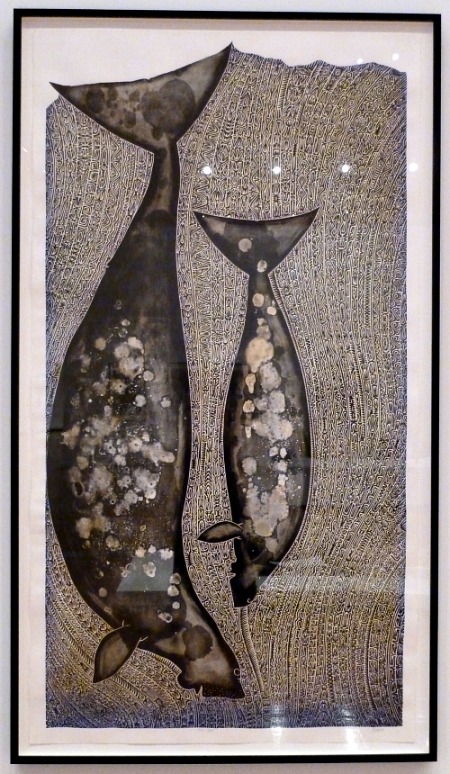 Dugongs can live more than 70 years, mostly eating seagrasses at the bottom of shallow seas; because of this they are sometimes called ‘sea cows’.

The above image illustrates a mother dugong showing a young calf how to dive deep in the strong currents that flow around the Torres Strait islands.

All the above artworks were seen at GoMA (Gallery of Modern Art, Brisbane) as part of the Land, Sea and Sky exhibition of contemporary art of the Torres Strait Islands.

It was a beautiful exhibition. All the more enjoyable as where we live – on the edge of the Moreton Bay Marine Park, in the Bay off Brisbane – we often see turtles and dugongs coming up for air when we’re out kayaking  – Such a thrill seeing animals in their native habitat, and of course so beautifully represented in these artworks.

Have you seen a turtle or dugong in the wild?