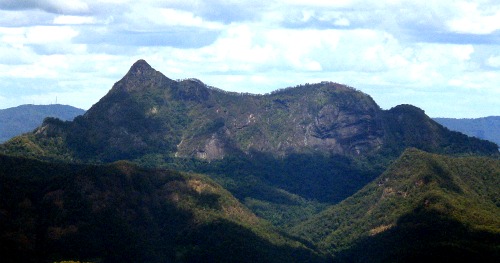 This photo of Mt Warning in northern NSW, Australia is taken coming over the range from Natural Bridge in Queensland into the Tweed Valley.

The peak of Mt Warning is a volcanic plug and stands proud in the centre of the caldera. 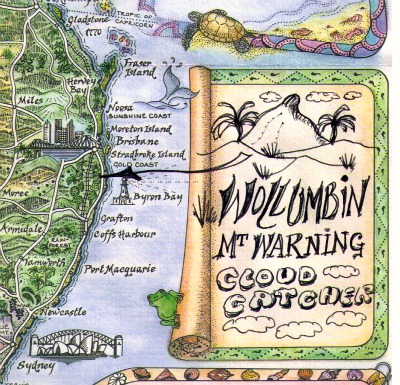 Mt Warning was named by the then Lieutenant Cook (later made Captain) as he sailed up the coast in 1770. 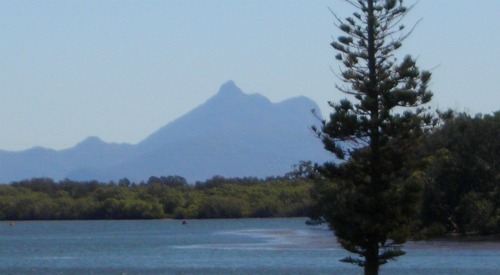 He would have seen it from this angle, photographed here looking over the  Tweed River, which marks the eastern end of the border between NSW and Queensland as it hits the coast.

I have heard Wollumbin means ‘Cloud-Catcher’.

Being the closest high point to Byron Bay, the most easterly point in Australia –

its summit is the first point in Australia to catch the morning sun.