This last month (with Valentines Day on February 14th)

Genevieve Frew
Husband #1 and I were engaged when I went on my big overseas backpacking trip. I left him at home in Australia while I went off to see the world. However, he missed me so much that his parents shouted him the airfare to London to meet me for Christmas (1986). He planned on hiding in a big box, gift- wrapped with a bow at our friend’s flat in London for my return, but erred on the side of safety instead, and told me he was coming, just in case I decided to stay in some exotic Mediterranean location for Christmas. It was very romantic, and we are still wonderful friends. 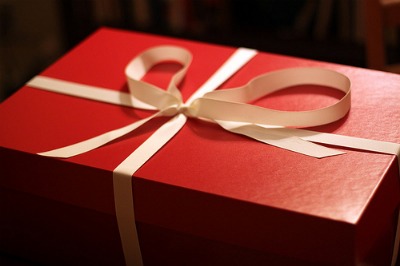 Husband #2 and I married in 2007, after 15 years and 1 child. Since 2009 we have been on 4 cruises and plan many more. On the Queen Victoria in November 2010, we sailed around the Mediterranean and decided to renew our wedding vows on board. We chose Santorini as the backdrop for the day so that the photos would be spectacular. The whole day was marvellous as the ceremony was performed by the Captain and we had a bouquet and buttonhole flowers, champagne to toast with, a huge cake, and were given Cunard gifts of crystal champagne flutes and a silver photo frame to commemorate the event. The Captain was especially chuffed for us and it was certainly a very romantic day that we will cherish for years to come. 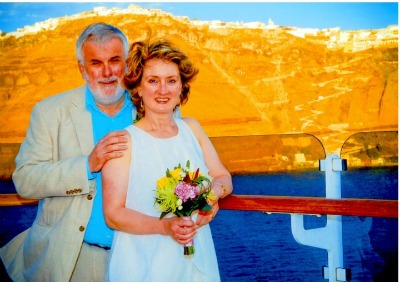 Brown eyes. Her eyes were brown.

One day long I had been puzzling and wondering who wrote the little note that the waitress gave to me the night before. “Come! Take bus 35 to A. at 01.27 at the bus stop (end of the alley).” Jerusalem, end of June 1987. X and I had been drinking the whole evening long tequila sunrise. “Salt. Lemon. Tequila. Ad fundum.” We were jolly. It was holiday time. The weather was smooth. We laughed a lot. Shared good memories. Telling jokes. Making fun. Talk about the things we wanted to see on the days to come in Israel.

We were a little drunk when we received the little note. Read it. Looked around us. Smiled and laughed. Ordered another drink. The waitress didn’t want to tell us who wrote the letter. We decided not to go. We hadn’t been flirting or talked to anyone special this evening. It could be a trap. Just take a bus to “nowhere” to do what? Get a life! It could be a trap!

Next evening. I looked at her eyes. Looked at her body. WOW! “So this is the girl who wrote with a girlfriend to us the little note last night?” Why? Why didn’t she talk to us before? Why didn’t she ask, in person with her girlfriend, the night before what they wanted? Of course I would have liked to get a drink with her. Her girlfriend told me that in Jerusalem it is not “proper” to talk and flirt with strangers or tourist. So be it.

Windows of opportunities. This time there was condensation on the window. The evening before she and her girlfriend had a day off. This evening she and her girlfriend had to work. I never really talked to her. I didn’t wait till she finished her shift as I planned. I was too drunk. Next to that we had to move on. In a few hours we would have to catch an early bus. I smiled at her and gave her my golden wrist bracelet I bought some months before in Cairo. (Remember in those days we didn’t exchange e-mail addresses, facebook or twitternames.) 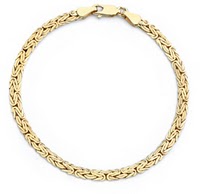 Those brown eyes. I never saw her again.

Can’t even remember her name. Esther?

Linda Fairbairn
Java, Indonesia: As the train slowly chugged up the hill my eye fell on a kaleidoscope of wildflowers adorning the unkempt cutting.
‘What gorgeous flowers’ I said.
At which, my boyfriend lept out of the train door and madly gathered handfuls of colourful delights, whilst sprinting alongside the moving train.
‘Quick, you’ll get left behind – get back on’ I shrieked.
Moments later I was presented with a bouquet and a beaming smile. 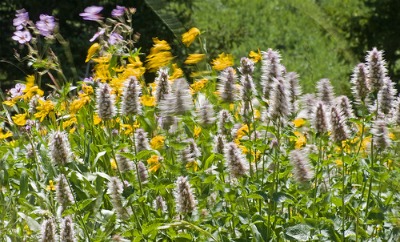 by Linda Fairbairn
Charley Jones
Delivering a yacht back from Hobart in January 2001 my future husband first laid eyes on me swimming in a (supposedly) shark infested river in a little town called Triabunna on the East coast of Tasmania, once of Crayfish Derby fame. The skipper of the boat threw some dye marker into the river (normal purpose to mark the location of man overboard at sea) to scare the sharks off. This resulted in a somewhat yellowish orange, Marge Simpson kind of look when our group of night swimmers emerged from the water. How romantic! 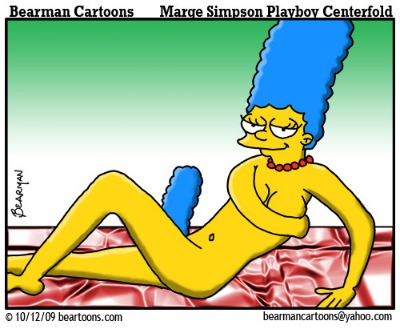 by Charley Jones
Phil Smyrk
Out in the Great Sandy Desert of Western Australia, lying on our backs looking up into the star studded night sky and beyond into the infinite universe – spotting shooting stars fan across the 180 degree dome overhead and satellites slowly moving through space.
Absorbed by the moment and the company. 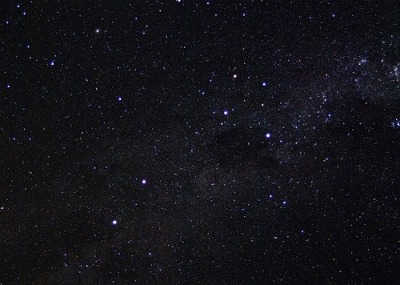 by Phil Smyrk
Do you have a romantic tale to tell?
Add it to the comments below 😉