I love going to GoMA, Gallery of Modern Art on Southbank

There’s always something exciting to be seen that will uplift or renew flagging inspiration.

Having been closed for six weeks since the Brisbane floods in January, I made a bee line when it reopened this last weekend!

Occupying the whole building, the current exhibition: ’21st Century: Art in the First Decade’ showcases 200 works by 140 artists from more than 40 countries, all  having been exclusively created between 2000-2010. 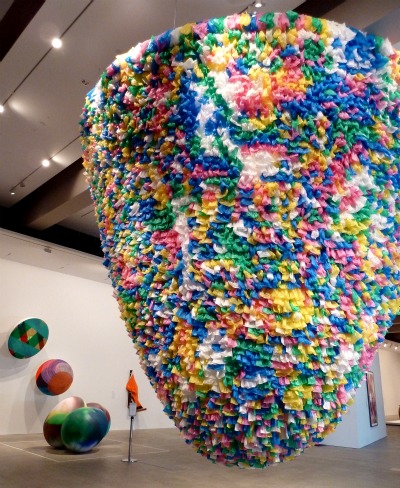 The first space I walked into held Cameroonian artist Pascale Marthina Tayon’s work ‘Plastic Bags’, made up of 1000’s shopping bags hanging from the ceiling. It was described as “an ominous spectacle of consumerism… threatening to spill its junk on the gallery floor” 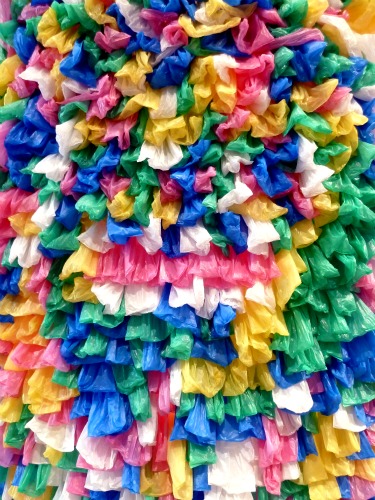 “Tayon has compared the plastic bags to people, describing them as both ‘useful and dangerous’ emphasing the underlying contradiction of a world saturated with commodoties”. 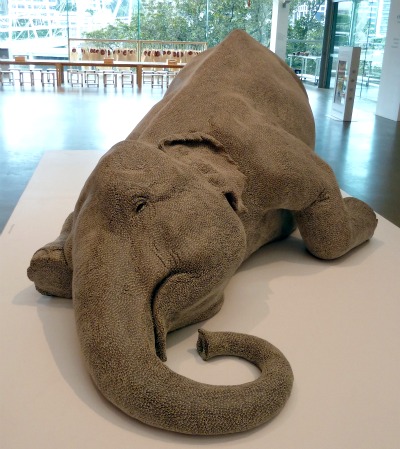 The sadness of Bharti Kher’s bindi covered elephant “The skin speaks a language not its own”, 2006… 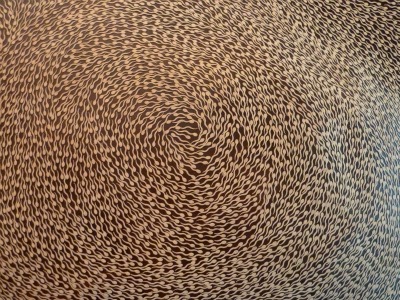 Contrasted with the humour of the Ku [Camp Dogs] collaboratively produced by artists from Aurukun, western Cape York Peninsula. 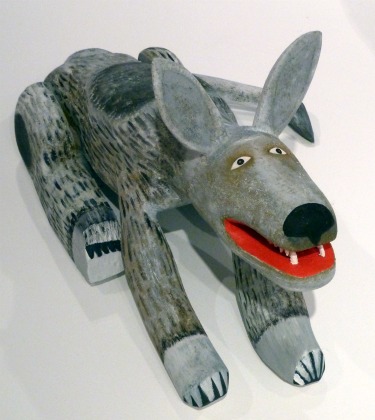 Camp dogs dominate the landscape in Aboriginal communities across Australia 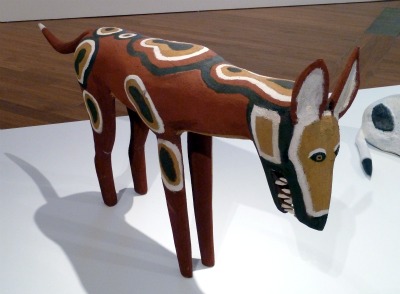 “Roaming the streets in packs and intimidating passers-by; lying in the shade, seeking respite from the midday heat; and in the evening, seeking out an ‘owner’ to feed them leftovers from the day’s meal” 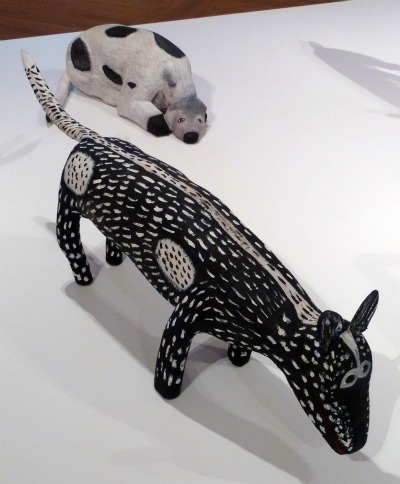 However, walking into Yayoi Kusama’s ‘Narcissus Garden‘, a mass of  mirrored balls trapping and perpetuating the surrounding visible world… 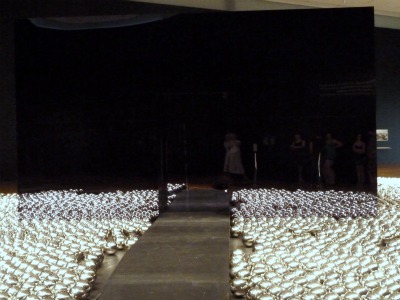 … which, were further reflecting off the outside walls of her other work on exhibition: ‘Soul under the Moon’ 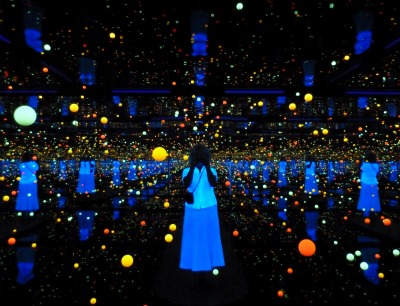 …was for me, the highlight.

To view ‘Soul under the Moon’, one enters a purpose made room by walking up the ‘Narcissus Garden’ path edged with the reflective mirrored balls. The door closes behind you shutting out the real world, leaving you alone, suspended in space, with your image repeating itself around you out to infinity. 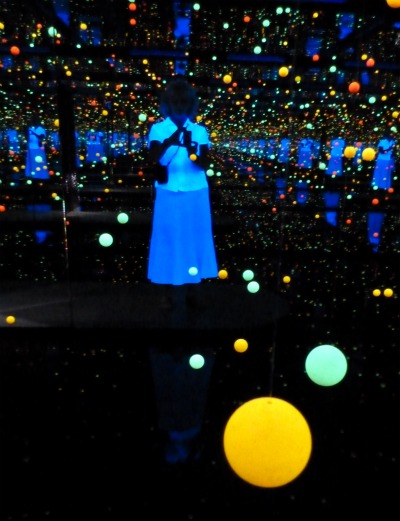 Standing on an island promontory surrounded by water below, and a million stars, represented by scores of neon coloured balls, hanging at various heights was an unearthly experience 🙂 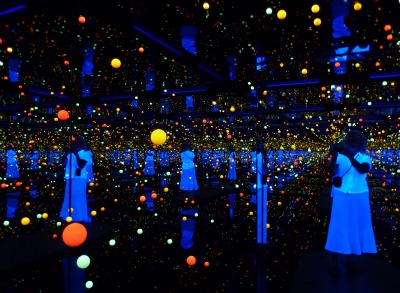 It was a cross between being in space and eternity.

Piles of white lego bricks were being constructed and de-structed into an ever changing city skyline.

I couldn’t help feeling there was an element of irony to the scene, as the rebuilding of pure, white, clean bricks mirrored the building work being carried on outside by the  army of volunteers resurrecting freshly cleaned bricks and mortar recently devastated by the muddy flood water. 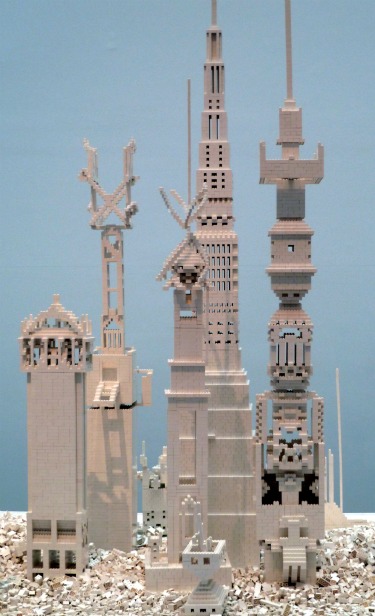 As I left the building a tropical storm broke ~ 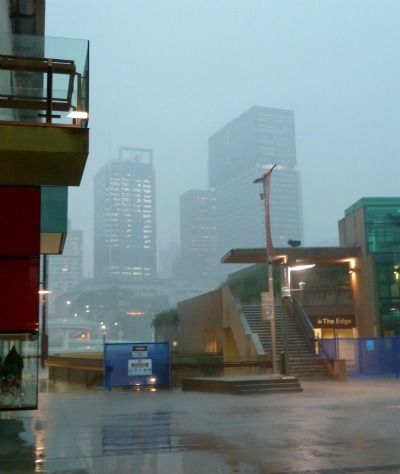 Sheltering under the State Library awning, I was reminded of the destruction created by the floods by blue barricades blocking access to the car parks that service the art galleries, museum and performing arts ~ Car parks that will remain closed for a further 3 months whilst undergoing repair work…

The exhibition runs until 26th April 2011

Have you had the opportunity to experience

some of Yayoi Kusama’s work? What & Where?

8 thoughts on “Brisbane’s GoMA resurfaces after the flood”