Love hearing about other people’s travelling experiences, so we hold themed travelling tale jamborees on our Facebook Page.

As we travel towards the festive season, this month its…

Sally Foley-Lewis
Christmas! When my hubby and I moved to the UAE we had done some research about the country & customs & thought we were up to speed to an acceptable level. We arrived early in the year, so Christmas was done & the next still a long ways off. Once November rolled around we were floored by all the shopping centres/malls hanging up Christmas decorations & all the hotels promoting huge Christmas banquets for Christmas day. The UAE is a Muslim country & so, silly me/us, assumed we’d be having a very quiet 25th December while we lived there. No – it was so nice not cooking or cleaning & spending time with the ‘expat family’ at large! 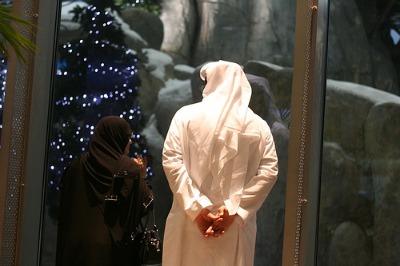 [Editor’s note: For Sally one tale wasn’t enough! Read on… ;)]
[ALSO… Check out  post script at the end of  Part 2 of these Christmas Tales to see $11 million Christmas Tree in Abu Dhabi!]
Sally Foley-Lewis
While living in the UAE, for one Christmas & New Year, we decided to go to cooler climates for a break so we headed to Paris. We also had a few days before the 25th so we took in Reims, it was wonderful, yummy champagne… our time in Paris was a little uncomfortable with food poisoning that put me out of action for 4 days & then hubby was down & out for 3 days with the flu. We had each other though, and the hotel was lovely, they gave us champagne (which we enjoyed once we were well again)! 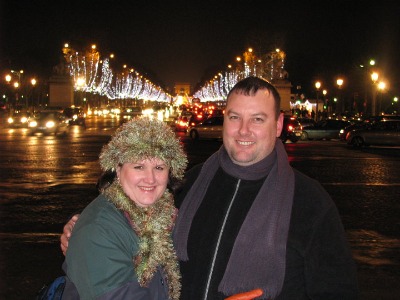 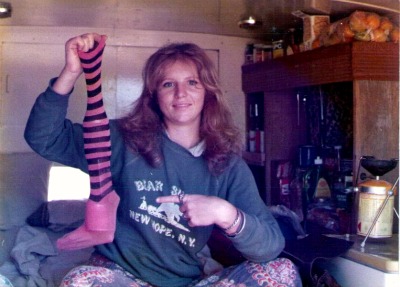 Kaylene Higgs
It wasn’t until I opened a box of Christmas Decorations I remembered my only Christmas away from home. I was a woeful 16yr old travelling on an escorted Bus tour of New Zealand with my parents,( & 40 or so other aged passengers) Sadly missing my friends & what was the pre courser to “schoolies” in Nth Qld at Magnetic Island. A dear old lady travelling alone presented everyone on tour with a small gift on Christmas day. I was given a tiny angel fashioned from a Golf tee & some beads, a simple token from a sweet woman who I don’t even know by name, long gone by now. However each year- over 20 now- that angel sits on my tree, she’s tattered and old now, shadowed by the shiny new baubles & flashy lights, but still she sits a fond memory of how the gift of giving can make a difference in someones day. I’ll share this story with my 6 yr old this year when we hang the tree, he probably won’t get it but I hope one day he will. 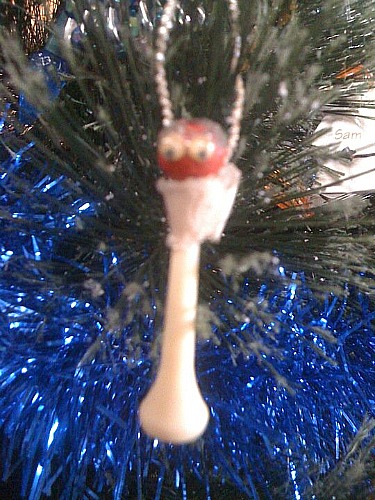 All my Christmases have been spent either in Cornwall or Sydney Australia. First Christmas away from home I was 21, beautiful sunny day in Sydney, 35 degrees plus, didn’t feel like Christmas until we got to Pittwater where I was invited to lunch along with fellow my Sydney to Hobart Crew members. Had never eaten that many prawns (or prawns that big) or oysters in one sitting. Followed up with a paddle around Pittwater. Couldn’t have been more different from what I had been used to but wonderful all the same. 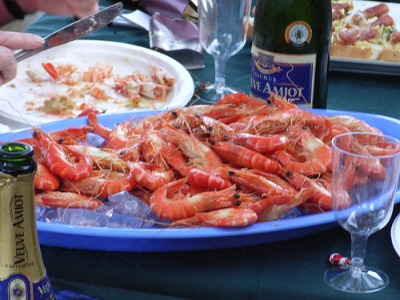 Annabel Candy
When I’m travelling I go out of my way to avoid the trappings of Christmas but I do remember one December spent camping on the beach in Kenya.
We were on the coast south of Mombasa in an amazing spot called Twiga. One night there was a terrible thunder storm. It poured as only it can in the tropics and it seemed as if we were up all night, curled up in a tiny space to escape the damp seeping in from all sides of the tent. We must have slept in the end though because when I woke up in the morning a tiny kitten had somehow crept into the tent, under the mosquito net and was curled up on my pillow. Beautiful. It was a wonderful awakening.
Glancing over at my boyfriend (now husband) I saw that he too had a small critter curled up next to his face on the pillow – it was one of those giant black African centipedes as thick as your finger and a foot long! I still laugh about it today but he can’t see the funny side 😉
Happy holidays everyone 🙂 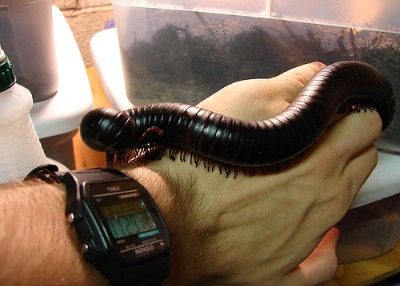 More Christmas Tales on Friday!
Do you have a Christmas Travelling Tale to share?
Add it in the comments below  🙂