Poles apart, I leave the quiet tranquil waters of the islands in the Bay off Brisbane… 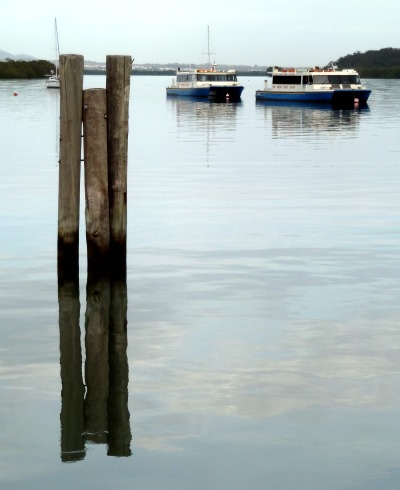 From the Bay off Brisbane

for the hustle and bustle of Brisbane city 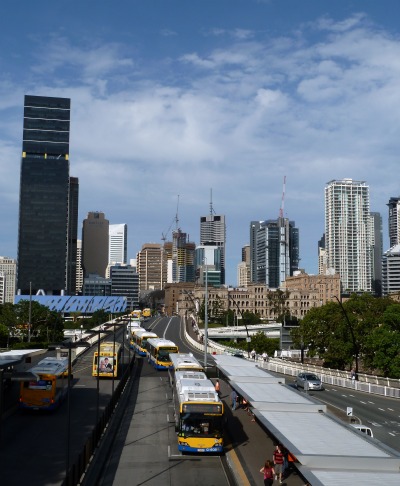 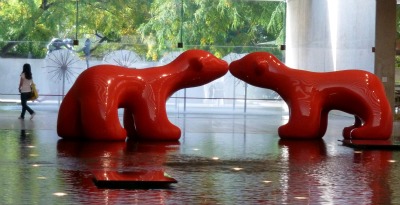 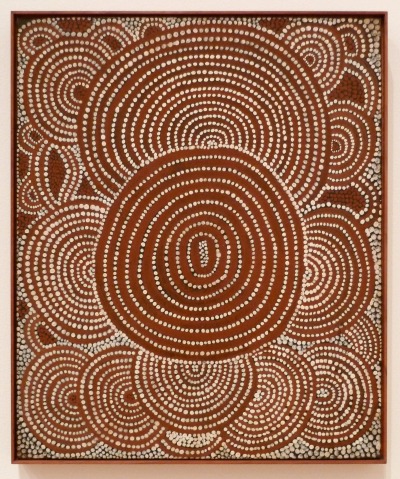 I’m then taken on a journey across Australia  from indigenous portrayals of country, such as the above image from Papunya, in the Central Desert region of Australia… 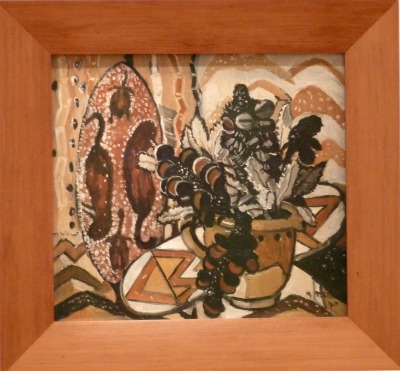 to western perceptions/interpretations of native plants and borrowed indigenous imagery.

The above work ‘Aboriginal Still Life’ painted in1940 by Margaret Preston (whose work I’ve featured in a previous post) was criticized as “a white artist who took images from a culture already abused and exploited, without any cultural, social or political understanding of the meaning of these images, nor of the people from whom she was borrowing” 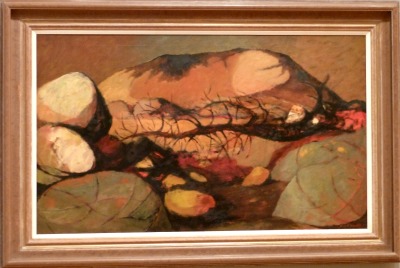 The ‘North Australia Landscape’ as seen by Russell Drysdale in 1959 (above), and another of his paintings below portraying a glimpse into a Caucasian pioneering family’s life. 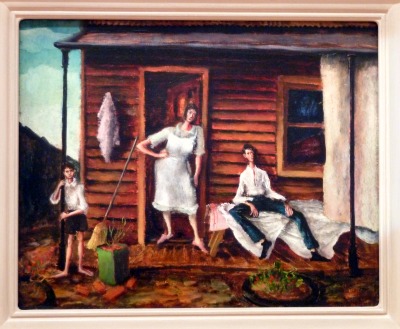 Life in the Outback

The painting below by R.Godfrey Rivers, 1903 shows himself and his wife taking tea under an introduced jacaranda tree in the original Brisbane Botanical Gardens, which adjoined the grounds of the Technical College where Rivers taught from 1891 – 1915. 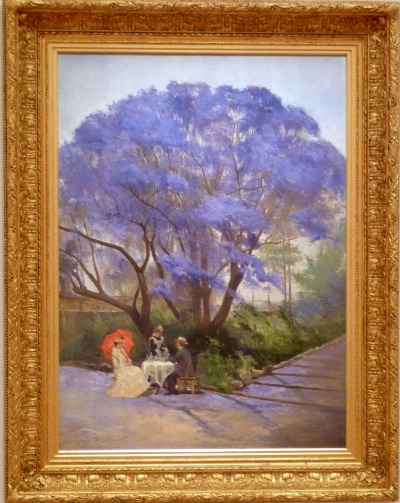 Planted in 1864 by Walter Hill, the Gardens’ Superintendent, the tree would have been 39 years old when painted ~ It was almost certainly the first jacaranda to be grown in Australia but was blown over by a cyclone in 1979 when it was 115 years old ~ Many of the Jacarandas in Brisbane’s suburbs would be the progeny of this tree. 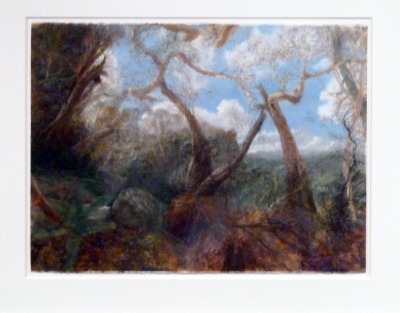 This pastel by William Robinson takes us up into Gold Coast hinterland near Springbrook, on the Queensland/NSW borders, where beautiful native vegetation is found, including sub-tropical rainforest. 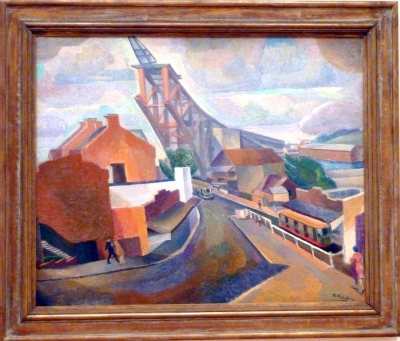 The bridge under construction 1928

Then onto Sydney, and ‘The Bridge Under Construction’ in 1928 by Roland Wakelin. 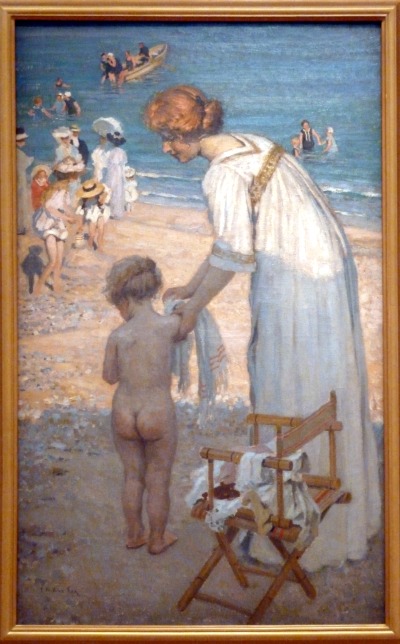 Painted in 1909 by Emanuel Phillips Fox, it is of Chelsea Beach, Melbourne, Victoria

When did you last go on a metaphysical journey?

6 thoughts on “Australia through Artist’s Eyes”