In 2009 Steve Andrews rode his motorbike solo around Australia.

Unlike most people, who set out on such a trip in order to fulfill their personal dreams, Steve was also on a quest ~

A quest to raise community awareness about the insidious nature of depression.

This solo tour of Australia was the inaugural ‘Black Dog Ride‘.

In 2010, to bring further attention to this debilitating illness, he invited motorbike riders from across Australia to join him on a ‘Black Dog Ride’ to Glen Helen Gorge in the Red Center. 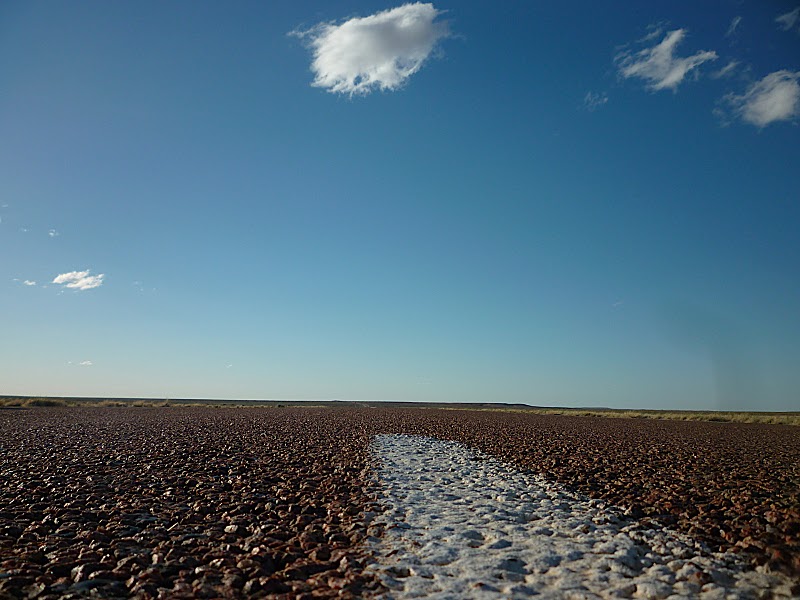 To give a little bit of background, the Mission of the Black Dog Ride is to: 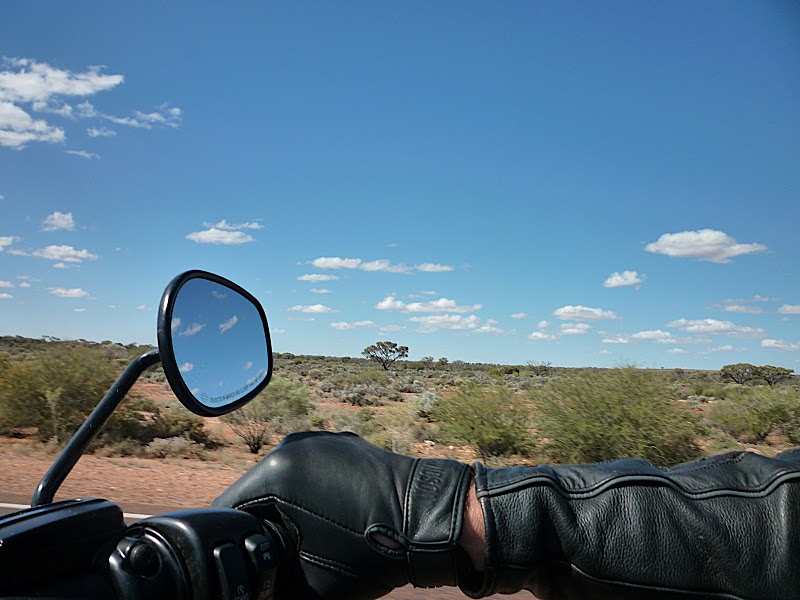 On the 5th September 2010 a group of motor cyclists set out from both Perth on the west coast and Sydney on the east coast, converging at Port Augusta to ride the 1,227 km together up ‘the middle’ of Australia through Coober Pedy to Alice Springs, and on 11th September to ride the final 132 km out to Glen Helen Resort. 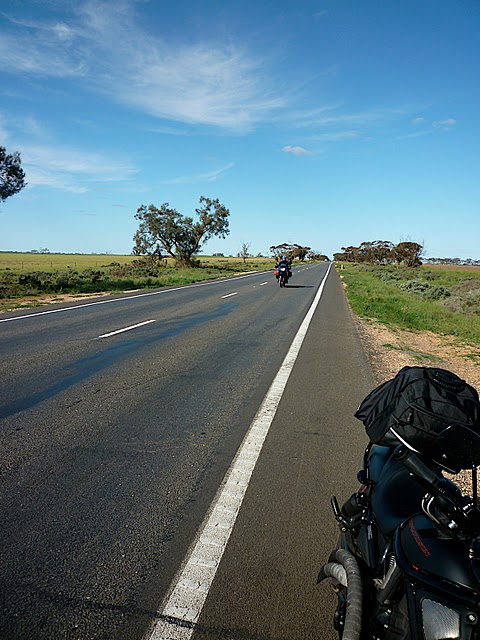 I first heard about this event through the wonders of social media. By following tweets on Twitter and ‘liking’ Facebook pages, I have got to ‘know’ some of the guys who set out from Sydney ~ Andrew Blanda, Raz Chorev and Robbie James who made up the Riding4aCause team; and Tony Hollingsworth who had to borrow a bike to take part in not only an awesome adventure, but an opportunity to help spread the word that depression is not a weakness but an illness for which effective treatments are available. 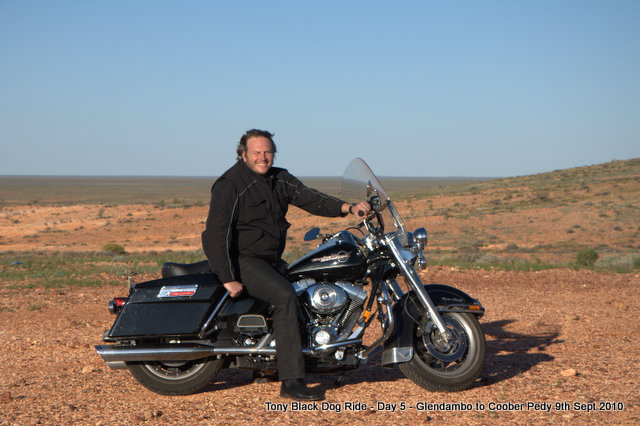 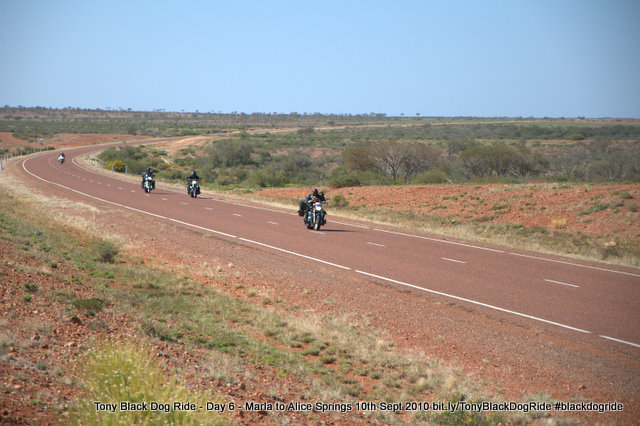 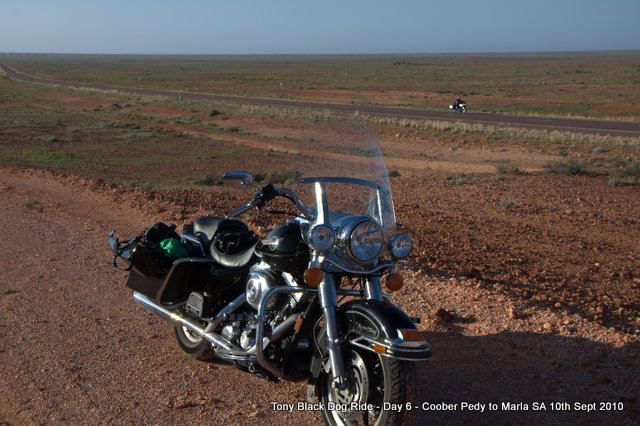 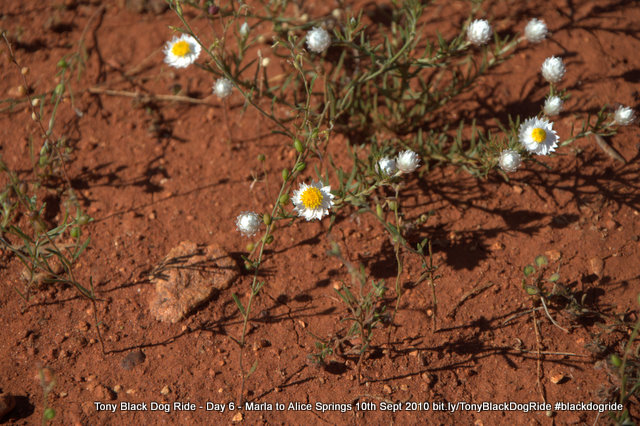 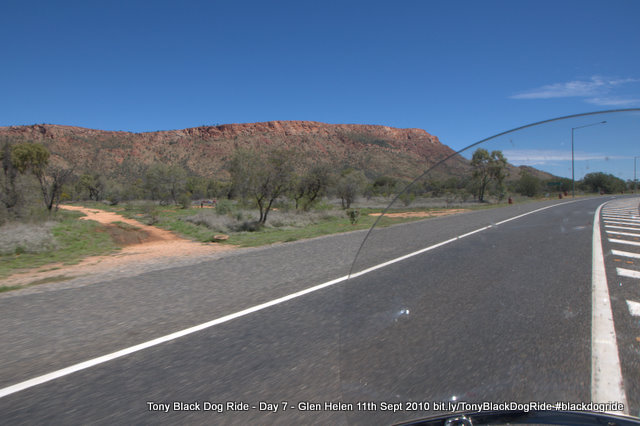 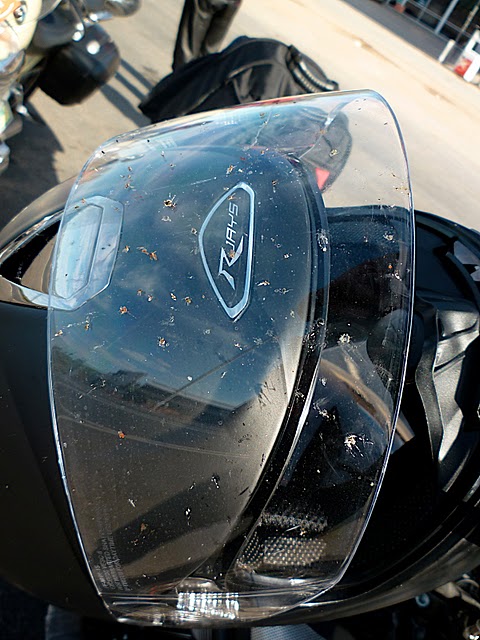 Meetings along the way 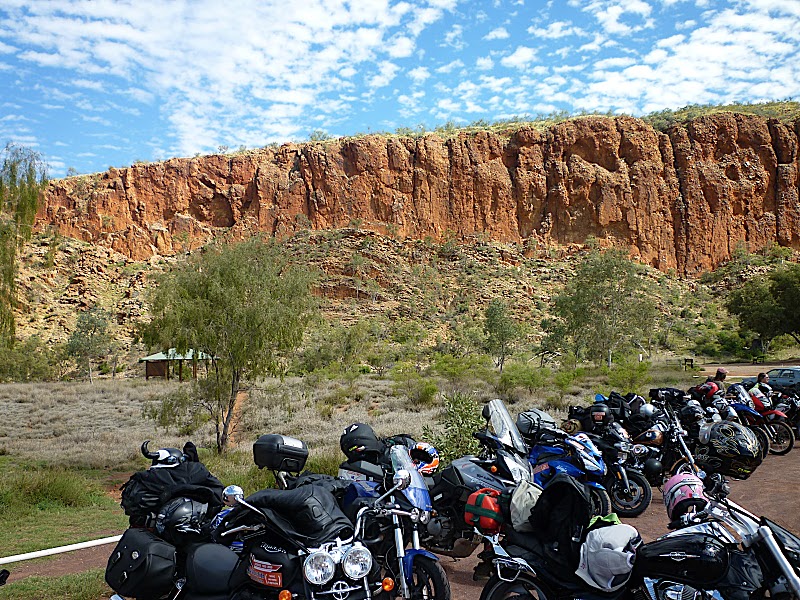 Glen Helen ~ End of the ride

(Photos courtesy of the riders mentioned in the post :))

To further the work of the Black Dog Institute both Riding4aCause and Tony Hollingsworth have raised over $2,000 EACH through participation in this ride ~ 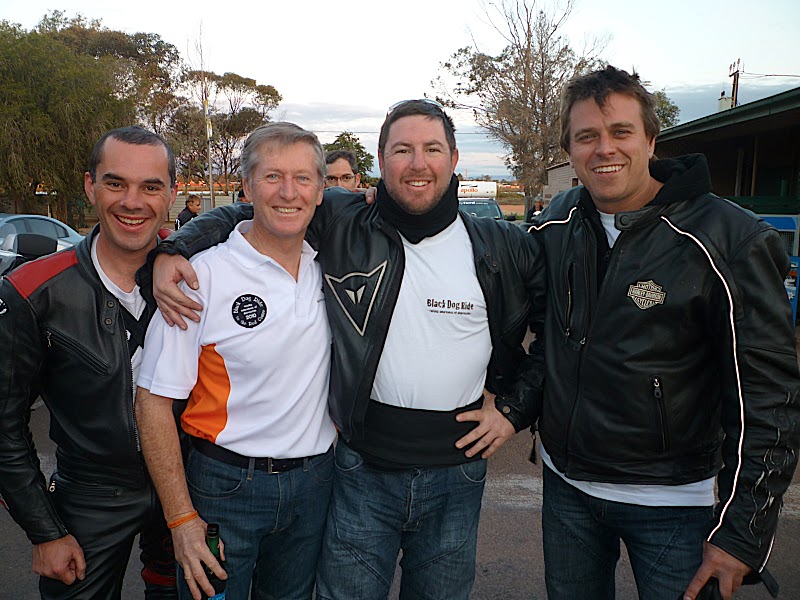 What a brilliant way to experience a trip out on the open road and enjoy the camaraderie of a group on a mission.

so get off your couch and get involved!”

Do you have a story to share about you, a friend or relative who has suffered with a black dog for company?

Please add your tale in the comments below 🙂

3 thoughts on “Kicking the Black Dog across Australia”