“Dromomania, also travelling fugue, is an uncontrollable psychological urge to wander. People with this condition spontaneously depart from their routine, travel long distances and take up different identities and occupations. Months may pass before they return to their former identities.”

“More generally, the term is sometimes used to describe people who have a strong emotional or even physical need to be constantly traveling and experiencing new places, often at the expense of their normal family, work, and social lives.” 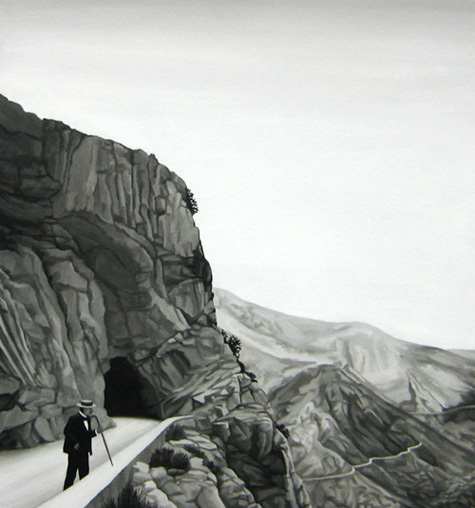 The first person to be diagnosed with this ailment was Jean-Albert Dadas, from Bordeux in France. His case being written up in a doctoral dissertation by a medical student Philippe Tissie, in 1887.

While the Industrial Revolution in the late 1800’s provided work for Dadas at a gas factory he was part of the ‘working poor’ ~ Neither homeless nor a part of the emerging leisure seeking middle class who’s new found fortunes and time meant travelling holidays around Europe and even the world were becoming more common ~
In 1872 the travel company Thomas Cook offered a 222 day world tour for 220 pounds that included steamship across the Atlantic, stage coach across America, paddle steamer to Japan and overland journey across China and India.

“Albert’s fugue would begin upon hearing of a far off place sometime in the midst of his daily routine. Compulsively, with as little or as much money as he could muster, Albert would take off on foot towards ‘X’ destination. Upon arrival, there, or wherever, usually out of money, hungry yet not particularly destitute, Albert would begin to gather funds either extending his journey or delivering him back home.”

Dadas’ walks of up to 70 km a day took him as far afield as Algeria and Russia. 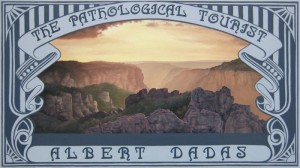 More recently Ian Hacking in his book Mad Travelers: Reflections on the Reality of Transient Mental Illness described Dadas’ case as being more a result of having a profound desire to escape a powerless situation.

By the early 1900’s the disorder had all but vanished from the medical community, with the travels of Henri C., one of the last to be diagnosed as a fugueur in France being written up by Hacking:

“From there he walked over the smuggler’s trails between France and Spain, a network of glorious rocky walls in the Alberes, the foothills of the Pyrenees, smothered, at the time of year he traveled, with tiny flowers…That is great fugue country. There on a flowery slope or on a windblown outcrop you may still encounter a nervous man who was hoping not to be seen.”

It appears the labeling of a fugue was a passing fashion when the middle classes needed to apply a term to a type of traveller who at that point in time had no label (aka backpacker!).
To the middle classes travel fell into two distinct groups –
Romantic tourism, which was their kind of travel, consisting of leisure, pleasure and fantasy escape, and was all very virtuous.
And at the other end of the scale was the type of vagrancy that involved moving on to do, what they assumed, was no good! With no understanding of how to travel with virtually no money, there was a fear of it.
Applying the term of Dromomania or travelling fugue to a person labelled the action and so made this type of vagabonding traveller ‘safe’ and acceptable to those who could either control their wanderlust or afford to indulge in it. 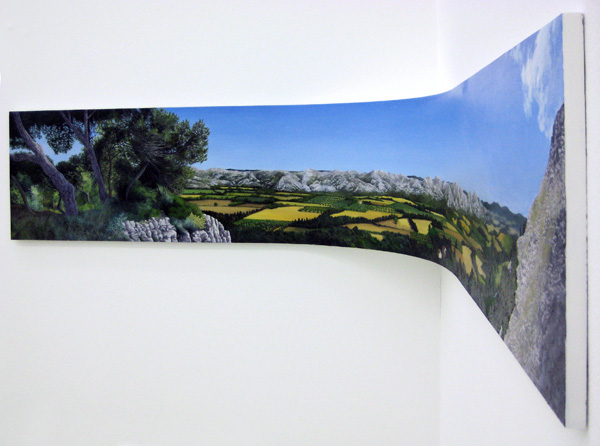 In today’s travel orientated world wanderlust is more a case of a healthy curiosity for what is over the next horizon or around the next corner 😉
Maybe Jean-Albert Dadas was the pioneer of what we happily accept and call vagabonding.
Do you dream of walking out that door and seeing where the road takes you?

2 thoughts on “Do you have a Medical Case of Wanderlust?”