“What was your favourite journey?”

Here is what *you* said in Favourite Journey Part 1

Here is the second half! 🙂

Julie Wise
Not my trip but I think we all need to hear the story…My neighbours are just back from what was to be 6wk random drive through Europe But they landed in Paris, & the stressed out stock broker husband relaxed & refused to move anywhere else. So 6weeks later they’re extremely chillled. Quote from them …” we discovered the person we married all over again…” & Ooh La la they simply cannot stop smiling or blushing!Don’t we all deserve a trip like this! 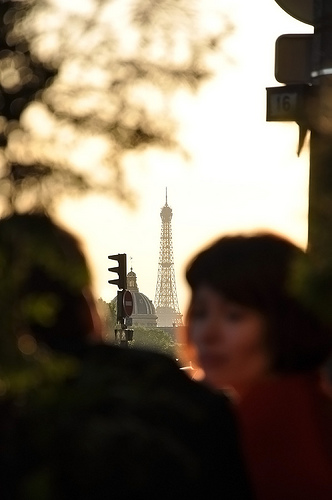 Paris ~ The City of Love

Oh… this is a fantastic idea! My amazing journey (whilst I have been overseas) would have to have been to Fraser Island. There are no roads, definitely must have a 4wd. The beauty of it, is it’s simplicity of life. There was very little if any internet or mobile reception, you can catch fish straight off the beach, and hang out with Dingos. It would have to be the most beautiful & peaceful place I have been! 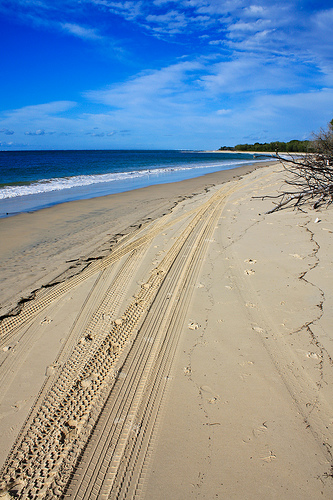 Photo: Imaxandco
Genevieve Frew
Was to the island of Santorini. As a solo backpacker I forged friendships that have survived 24 years. With these people, I sunbaked topless on the coarse black sand of Perissa beach; I sipped ouzo and lemonade in open air restaurants because I didn’t like beer; I ate thick banana yogurt whilst waiting for the bank to open in the afternoon;I rode pillion on the back of a moped to the ruins of Fira; and I swam in the gentle swell of the Aegean and told myself that this would be a journey I would always cherish. 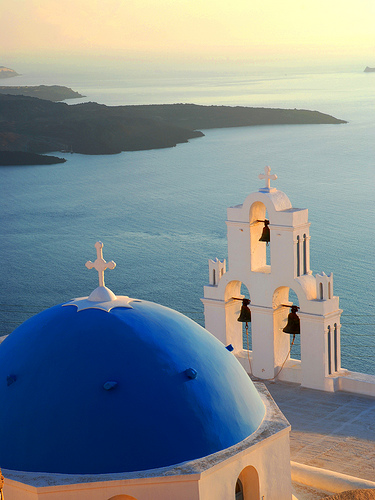 Photo: MarcelGermain
Emily Nicola Lynda Armitage
My travels round Australia with fellow Scouts from the UK. We went to the Australian Jamboree and I met a group of friends I will never forget. The Aussies we met were great and so welcoming. We fell in love with many things, like Creamy Soda, VB, Tooheys, Tim Tams, Smiths Chicken flavour CRISPS (not Chips 😉 )

Most of all I fell in love with the people I met, the gorgeous land and the city of Sydney. So much so, I’ll be back this year staying with the friends I made on my last trip and making more along the way. 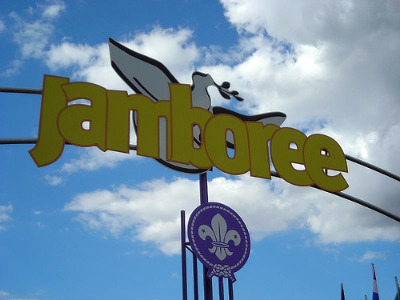 Manny Samaniego
In short, I traveled from NYC to Hong Kong near the end of 2002 simply to maintain frequent flyer status for 2003. After checking-in at my hotel (I needed to list one on my customs form, right?), I introduced myself to a group of English-speaking Asians in the lobby bar. I shared with them I was only in town for 14 hours… and had 11 remaining. After spending more time explaining why I would travel such a long way, they invited me to join them for a spontaneous, whirlwind tour of districts foreign to me.
I received VIP treatment with off-the-beaten path samplings of local food, culture, and entertainment. As the sun started to rise, my new friends needed sleep and I needed to catch my flight.
While we exchanged business cards and assurances we would stay in touch, we never did. But, I’ll always cherish the memories from that very brief visit where the locals embraced me as one of their own. 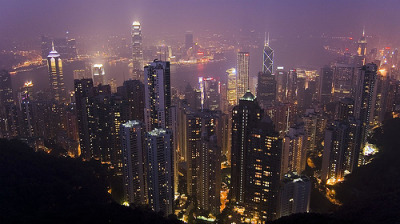 So hard to choose but a 4 day horse ride into the Mcleay Gorge near Armidale, inaccessible by vehicle it was a very steep ride down to the river. Supplies carried by pack horse, simple food, damper and steaks and lamingtons, sleeping in a swag under the stars with blue heelers for company. Washed in the river and saw lyre birds, frogs, brumbies and eagles.
The icing on the cake was when our guide having driven us all the way back to our b&b in Armidale and on discovery of my wallet at his home turned around again to bring it back to me. 4 hours of driving: classic Aussie hospitality 🙂

Aswan. Late in the afternoon on April 3th, 1987. Old Cataract Hotel on the back. Sitting on a big red rock. Fresh wind. Sun going down. The feeling of a rock radiating it’s warmth. Felluca’s sailing by. Noises. Sitting in the black and fertile world.
Looking at the other side of the river Nile, the red world of the death. Thinking about Lord Carnavon and Howard Carter. Puzzling on what’s the same and different in ancient and modern day Egypt. Wondering on Tutankaten and Tutankamun, 2 radical and different religious names for the same physical man. Felluca’s sailing by. Riverbed with water floating. The same riverbed. For ancient egyptians. For present day egyptians.
Suddenly, everything was quiet and one. The world with all it’s sounds and motions came to a standstill. For a few seconds I felt “…”, One with the universe and humanity. For a few seconds – that seemed to last forever – everything was perfect. 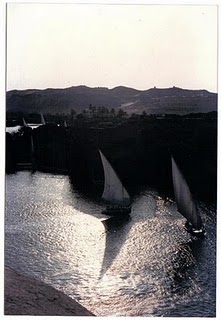 Photo: JeanD99
Melissa Stanford
At the top of Mount Tarrengower, Maldon, Victoria – no one but me and him and the ghosts of ancient deities. Can see the universe from there, hear the songs that sang that land into being. It’s from a view like that, that you know there’s a God. 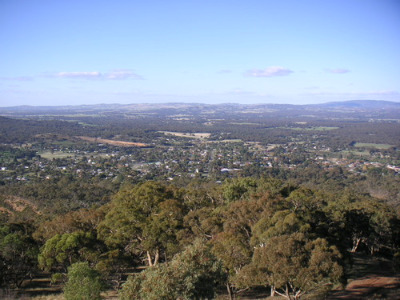 Photo: mickramsey
Leanne Berry
My Fav Journey was our honeymoon 5 years ago – after an official wedding ceremony here in Aus which was beautiful we took off for the south coast of England to a little village called Martinstown outside of Dorchester in Devon – the whole village had been roped into the unofficial UK wedding held in a guide tent in the backyard of Ians parents next door neighbours – the theme was quite definitely Australian, lamb on spit, gum leaves and many of the villagers and Ians family and friends made this a fantastic day – we then had 5 weeks touring culminating in a visit to the new Arsenal Stadium (only open 3 weeks) to see Arsenal play Sheffield United and they won – a lifelong dream of Ians 🙂 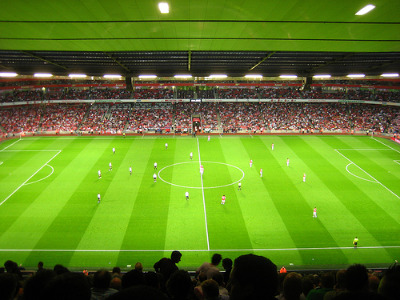 The Overland Track in Tasmania – beautiful varied scenery, world heritage wilderness, excellent walking conditions, inspiring vistas, you meet great people, It can be challenging, beautiful, snowing, sunny, raining and delightful, all in 60 minutes! Highly recommend it for a great adventure trip.(biased of course, we wrote a book about it!) 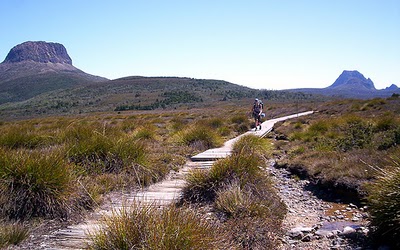 
I’ve just come from a journey to Fiji where the national pastime must be smiling. Fijians are one happy bunch of people – the young, the old,
the workers, the students – everybody. Everywhere we went we experienced smiling souls. They smile the real smile – you know – the one with the eyes that look deeply and appreciatively into your heart.
Their joy is so contagious. What a lesson!

Their villages are simple compared to our ‘sophisticated’ cities. People live on less and seem not to stockpile useless possessions. They project a real interest in joyful living and sharing what they have. They dance with you, sing to you, wave to you and smile at you. It’s the happiest journeys I’ve ever made. 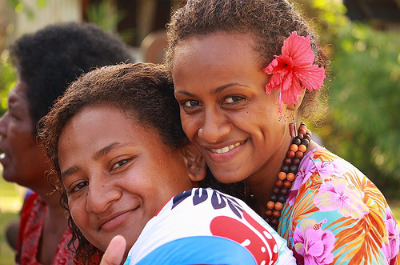 Photo: Cak-Cak
Thank you to everyone who took the time to share with us their favourite journey ~ 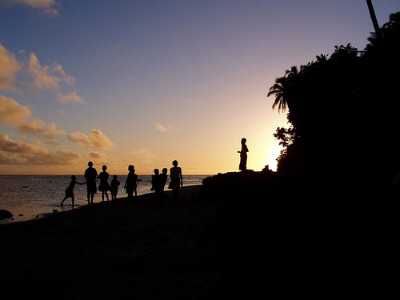 And Robin for leaving us with such a joyful journey 😀