“What a night we have had. Any amount of shaking about as a gale of wind suddenly sprung up at 1am and all hands were called out to reef the sails; two were split right through, the noise they made was something awful. Some of the men are looking very seedy as they have been on deck for 12 hours right off. 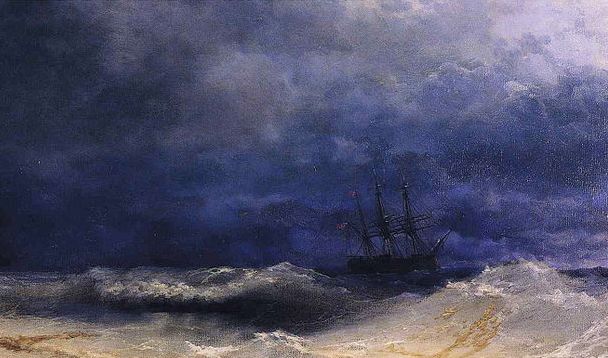 I was not awake all the time but I feel heavy about the head this morning through the rolling. It was raining all night except for an hour at 8 when we helped the men pull on the ropes as they turn the sails round to the wind. Somebody was saying today that the Captain did not know his work or he would keep in the furrows of the sea a little more. (“For further particulars see Punch”) Mrs W has been in bed the last few days with Neuralgia but is better now. Bed at 9pm”

Extract from A.Whelen’s 1878 travel journal sailing from England to Australia aboard the ‘Hesperides’, an iron sailing clipper